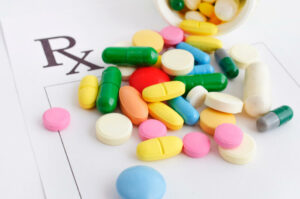 The opioid epidemic has exploded in recent years, with the number of overdose-related deaths skyrocketing across the country. Nowhere is the problem more prevalent than in New Jersey, where law enforcement agencies have gotten increasingly aggressive when it comes to combating drug crimes. More and more individuals are being arrested for unlawful possession of prescription drugs, and the penalties for these offenses are shockingly harsh in many cases. If you have been charged with illegal possession of prescription drugs like Oxycodone, Adderall, Ritalin, Percocet, Valium, or Xanax in Hudson County, New Jersey, your best bet is to seek the assistance of an experienced criminal defense lawyer who can defend you and protect your rights throughout the legal process. At Proetta & Oliver, our attorneys provide zealous defense representation for clients arrested for prescription drugs and other controlled substances in towns throughout Hudson County and North Jersey, including in Hoboken, Weehawken, Union City, North Bergen, Bayonne, Kearny, Guttenberg, and Jersey City. To speak with an attorney regarding your particular prescription drug charge and potential options for getting the charges reduced, dismissed, or dropped through a diversion program, contact our local office in Jersey City today. We provide free consultations around the clock, so find out more by contacting us at (201)-793-8018.

How Prescription Legend Drugs are Classified in New Jersey

Prescription drugs serve very important functions, one of which is the treatment of pain caused by injury, illness, chronic ailments, or surgery. In fact, studies have found that a majority of Americans take at least one prescription drug on a regular or semi-regular basis. Unfortunately, painkillers are also addictive, which can lead to drug dependency that exposes the user to serious health risks and, in the worst cases, death. That’s one reason that prescription drugs are classified as controlled dangerous substances (CDS), which means that they are regulated by both federal and NJ law. The most dangerous drugs, such as heroin and LSD, are classified as Schedule I controlled substances, which means that they have the greatest risk of abuse and drug addiction. On the opposite end of the spectrum are Schedule V drugs, like cough syrup and other over-the-counter medications, which have a low potential for abuse or drug dependency.

Where do prescription drugs fall under the CDS Schedules in New Jersey?

By definition, prescription drugs have an accepted medical use, so these drugs almost always fall somewhere in the middle of the NJ CDS Schedules:

What Happens If You Get Caught in Possession of Prescription Drugs in NJ?

If you are caught in possession of prescription legend drugs in New Jersey, you must be able to provide proof that you have a legally valid prescription from a doctor or pharmacist for those drugs. Absent a prescription, you could be criminally charged under N.J.S.A. 2C:35-10.5 of the NJ Criminal Code. It is important to understand that prosecutors have broad authority to interpret the statute, which means that you could face criminal charges for unlawfully possessing painkillers, sleeping pills, or even cough syrup or allergy medication. Moreover, you could be charged with possession if you borrowed the medication from a friend, or if you were merely holding it for someone else with a valid prescription.

The amount or quantity of prescription drugs also matters when it comes to the classification of your charges, which will impact the possible penalties you face. As set forth by the statute, the degree of a prescription drug possession charge is directly related to the number of pills:

The difference between a fourth degree charge and a disorderly persons charge is enormous because the lesser charge is considered a disorderly persons offense (i.e., a misdemeanor), not an indictable offense. In other words, prescription drug possession is not always a felony, which has significant implications for anyone facing this charge. For example, a felony prescription drug charge will be handled at the Superior Court level, where the defendant must first be indicted by a grand jury before the case goes to trial. By contrast, a prescription drug charge classified as a disorderly persons offense will be handled in the local Municipal Court, where the prosecutor does not need to secure a grand jury indictment before bringing the case to a bench trial to be decided by a judge.

Importantly, the penalties for a disorderly persons charge are far less severe, and defendants in these cases are often able to avoid any jail time at all. A conviction or guilty plea on a fourth degree charge can lead to a maximum penalty of 18 months in prison and a $10,000 fine, while a disorderly persons charge carries a maximum penalty of 6 months in jail and a $1,000 fine. However, having a skilled attorney on your side can help to ensure that neither charge results in jail or time in prison, particularly if you are a first-time offender.

Depending on the circumstances surrounding your arrest, it may be possible for a knowledgeable criminal defense lawyer to raise strong defenses on your behalf. For example, if the prescription pills belonged to a friend or relative and you were merely holding the pills for that person, the prosecutor might opt against bringing the case to trial. Alternatively, a skilled attorney may contest the evidence in your case on the grounds that police violated your constitutional rights by performing an illegal search and seizure to obtain the evidence. If the evidence of prescription drugs is tossed out before trial, the prosecutor might have no choice but to drop the charges. Even if your attorney is unable to get your prescription drug possession charges dismissed completely, it may be possible to get the charges downgraded from a felony to a disorderly persons offense. This would result in the case being sent back to Municipal Court, where the penalties are much less impactful.

Let’s assume for a moment that you are unable to get the charges against you dismissed or downgraded, and a conviction is a real possibility. The good news is that since prescription drug possession is a non-violent offense, your attorney might be able to persuade the prosecutor and the judge to admit you into an alternative sentencing program, such as Pretrial Intervention (PTI) or Conditional Discharge.

If your charges are classified as a fourth degree offense and the case remains in Superior Court, you may be eligible for admission into the PTI program. PTI is typically available to first-time offenders who have been charged with an indictable crime (a felony), so long as the crime did not involve extreme violence, sexual assault, domestic violence, etc. When you are in the program, you are essentially on probation, which means that you must avoid any other arrests, pass random drug tests, and attend drug addiction counseling required by the court. Upon successful completion of the PTI program, the original charges against you will be dismissed – and it will be as if you were never charged with prescription drug possession in the first place.

If you have been charged with possession of prescription drugs, prescription fraud, forgery, theft by deception, failure to make lawful disposition, or another criminal offense in New Jersey, the lawyers at Proetta & Oliver are here to defend your case. We frequently help clients challenge drug charges and other allegations in West New York, Harrison, Newark, Montclair, Secaucus, and cities in and around the Hudson County area. No matter how bad things may seem now, your best defense and resolution could be just around the corner. Talk through your prescription drug case and options by contacting us at (201)-793-8018. Free legal consultations are available 24/7.