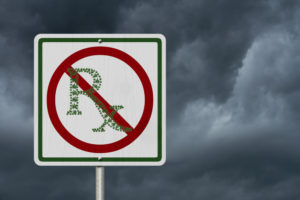 Many people think you can only get arrested for a DWI if you are drunk driving. However, this could not be further from the truth because you can just as easily get arrested for DWI for being under the influence of drugs. In fact, a large portion of the DUI cases we handle involve clients who have been arrested for drug DWI charges. Moreover, a drug DUI can be from illegal narcotics such as Marijuana, Heroin, Cocaine or even Prescription Drugs such as Oxycodone or Ambien. New Jersey treats a drug DWI the same as alcohol DWI for the most part with one exception – a first offense drug DUI does not get the benefit of a “first tier” first offense alcohol DWI which carries an ignition interlock device for 90 days with a BAC of 0.09% or lower and when there is no BAC reading. Instead, a first offense drug DWI will carry a 7 – 12 month loss of license. Therefore it is always recommended that you speak with an experienced DWI defense attorney to learn your rights and how to fight drug DWI charges. If you would like to learn more about how we can help you then contact our office today at (201) 793-8018 for a free consultation.

We have attached the New Jersey Drug DUI law under N.J.S.A. 39: 4-50, in pertinent part, for your convenience:

“a person who operates a motor vehicle while under the influence of… narcotic, hallucinogenic or habit-producing drug… or permits another person who is under the influence of intoxicating liquor, narcotic, hallucinogenic or habit-producing drug to operate a motor vehicle owned by him or in his custody or control.”

In all DWI cases – whether based on alcohol or drugs, police will always form the probable cause from the Standardized Field Sobriety Testing “SFSTs” that they administer at the scene on the roadside which test your ability to perform physical dexterity tasks. In order to help bolster their case against you, police officers will often require you submit a urine sample which they will send to the state lab for testing. Moreover, a lot of police departments have specially trained officers referred to as a Drug Recognition Expert “DRE” who will be called in to administer a series of tests, similar to the SFSTs, to determine your impairment and what narcotic you are under the influence of. When all of this evidence is considered together it can form a very tough case. However, there is no breathalyzer for drug readings and therefore the evidence will never be as precise. Therefore, an experienced DWI defense attorney can often challenge the reliability of the DRE report and the results of the urine test in an effort to dismiss the state’s case against you.

Generally speaking, DUI offenses and DWI offenses are treated similarly under New Jersey law. They are both classified as motor vehicle violations, and they are both addressed by N.J.S.A. 39:4-50 in the New Jersey revised statutes. However, there are also major differences between the two forms of driving under the influence offenses. One significant way in which DUI drugs offenses differ from driving while intoxicated offenses is that drugs, unlike alcohol, won’t show up on a breath test. This is an important distinction because it means that DUI drug charges are not generally proven with breathalyzer results. Although drugs will show up on a blood or urine test, there is no “implied consent” to be chemically tested for drugs. By contrast, if a driver is suspected of being intoxicated, they cannot legally refuse to take a breathalyzer test when asked to do so by police because all drivers in New Jersey automatically consent to taking this test. Moreover, if a person who is suspected of driving while intoxicated fails to take a breath test when instructed by police, they can still be charged with breath test refusal and Driving While Intoxicated (DWI) based on the observations of the officer.

Another important difference between a drugged driving charge and an intoxicated driving charge is that the quantity of drugs ingested by the person charged won’t affect the charges. Whether you smoked a large amount of marijuana or ingested only a small amount of cough syrup, you can still be charged with driving under the influence of drugs. When it comes to alcohol intoxication, a blood alcohol concentration of 0.08% or higher is considered intoxicated for the purposes of a DWI. Nevertheless, any vehicle operator whose ability to drive has been impacted by any amount of controlled dangerous substance (CDS), alcoholic beverage or liquor can be charged with a DUI. At the end of the day, the impairment is what matters.

The good news is that an experienced DUI lawyer may be able to help you beat the charges and avoid the most severe penalties. For example, if you did submit to a blood or urine test, the results of the test can sometimes be challenged because they are inherently unreliable when it comes to measuring the effect of drugs in a person’s body. Consider that some drugs, such as marijuana, can remain in a person’s bloodstream long after the drug has been ingested and is no longer affecting the user. Additionally, the observations of the arresting officer and/or drug recognition expert can potentially be challenged. This is especially important in cases when the defendant did not take a blood or urine test, since the prosecution might only have thin or problematic evidence when seeking a conviction.

The truth is that the police officer in your DUI case might have mistaken fatigue or illness for drug impairment because the signs and symptoms of both conditions are similar. Depending on the facts and circumstances of your case, it may be possible for a knowledgeable DUI defense attorney to get the charges against you dismissed, making it all the most important to have a thorough review of your case and the evidence conducted. Getting straight answers from a DWI lawyer who knows the ins and outs of driving on drugs cases and defense can be the best decision you make when deciding how to move forward.

At the law firm of Proetta & Oliver we handle a substantial amount of drug DWI cases for clients throughout Hudson County and New Jersey including Jersey City, Hoboken, Weehawken, Union City and North Bergen. If you or a loved has been charged with a DUI for being under the influence of drugs, then give us a call today at (201) 793-8018 to learn more about how we can help you during a free consultation.