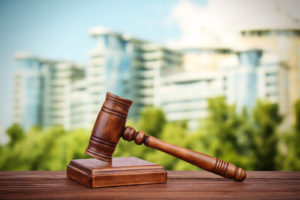 New Jersey does not rely on the common misdemeanor versus felony classifications for criminal offenses commonly used in other states, and people can be confused by the criminal offense classifications that New Jersey does use. One of the most common questions we get asked as criminal defense lawyers in NJ is: what is an ordinance vs. a crime under New Jersey law? Criminal charges and Ordinance Violations are highly common in Jersey City, Hoboken, and other towns in Hudson County. The following is a brief discussion of the difference between municipal ordinance offenses and criminal offenses in the state for your reference. To discuss your specific case with a Hudson County criminal lawyer who can help, call our local Jersey City offices at (201) 793-8018.

Given a Municipal Ordinance Violation in Hoboken

Municipal ordinance violations are the least serious category of offenses in New Jersey. There are a combined total of 566 municipalities, towns, boroughs, and cities in New Jersey, and the state legislature has permitted each of these municipalities to pass its own local rules and regulations. A municipal ordinance violation results from breaking one of these local rules—unlike criminal offenses, which involve violations of laws enacted by the legislature. Municipal ordinance violations are thus only considered quasi-criminal offenses, more like a traffic ticket than a full-blown criminal charge. That said, the state must still present proof beyond a reasonable doubt that the offense occurred; the standard of proof applied is the same as in a serious indictable offense or a felony charged anywhere else in the country.

Typical municipal ordinance violations are open container offenses, drinking in public, noise violations, littering, loitering, public urination, refusing to pay a service provider like a taxi driver, sleeping in a public place, or general disorderly conduct. These ordinances are issued all the time in local cities like Hoboken and Jersey City. Penalties for municipal ordinance violations typically involve a fine, for which the maximum amount is $2,000, or up to 90 days of community service (although this type of penalty is rarer than a fine). Some municipalities seek the maximum $2,000 fine during large public events, such as St. Patrick’s Day parades or during summer months at the Shore.

Criminal offenses in New Jersey fall into two different categories: disorderly persons offenses and indictable offenses. Both these categories of charges are more serious than a municipal ordinance violation, as discussed below.

Indictable offenses are the most serious criminal charges in New Jersey. These crimes would often be called felonies in other jurisdictions. Sex crimes, murder, robbery, kidnapping, possession of controlled substances with intent to sell, and similar serious crimes are all indictable offenses in New Jersey. These crimes are categorized from the first to the fourth degree, and they can result in dozens of years of jail time and tens of thousands of dollars of fines. Most people would be well-advised to seek out experienced criminal defense counsel if they are charged with an indictable offense.

Do I Need a Lawyer for a Ticket or Criminal Charge in Hudson County?

While you can attempt to handle your municipal ordinance violation or criminal charge on your own, it is unadvisable to do so if you want to best possible outcome. An experienced criminal defense attorney can handle your case with the type of knowledge that you need to pursue all available options. If you’ve been given a ticket or arrested for a criminal charge in Bayonne, Union City, Hoboken, Jersey City, Weehawken, Secaucus, or another town in Hudson County, get information and answers today by calling (201) 793-8018. A member of our firm is standing by to assist you.