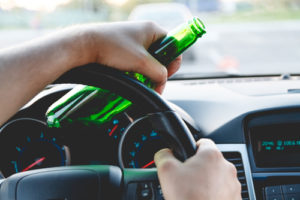 Over the last year or so we have noticed an increased effort by the Bloomfield Police Department to catch drunk drivers. Some may find this confusing because Bloomfield Municipal Court has always been known for processing a large amount of DWI cases, however, the difference in the past was the vast majority of those DUI & DWI cases were products of State Police arrests normally along the Garden State Parkway which runs through Bloomfield for several miles. In fact, in years past local Bloomfield DWI cases were so rare and few between that we only saw them occasionally when there would be an accident or if the police found a driver passed out behind in the wheel. This low risk was also well known to many residents who took their chances on a regular basis driving through town after consuming alcohol or drugs. This is what made Bloomfield Police actually come out and say that the crackdown is “in response to statistics demonstrating a disproportionate number of drunk driving incidents in the area.”

However, all of that seems to be changing with organized and concerted efforts by the local police department to tackle the growing problem of drunk drivers within the town limits. In fact, Bloomfield Police have begun setting up DWI checkpoints or “roadblocks” to catch suspect drunk drivers. In one such instance that took place this past Labor Day weekend, Bloomfield police were so successful that they ended up making 5 DWI arrests, issuing 37 different motor vehicles, and making several other arrests for drug possession and contempt of court charges. Police also impounded 3 unregistered vehicles during DWI encounters as part of the operation. These numbers are staggering and it shows how Bloomfield was much like the “Wild West” but it also sends a message to these defendants and many others that Bloomfield Police is going to be cracking down and uping the ante on many of these possible offenders. If you or your loved has been arrested for driving while intoxicated in Bloomfield, New Jersey then it is important you contact an experienced Bloomfield NJ DWI lawyer. To learn more about how we may be able to help you, contact our office today for a free consultation with one of our attorneys who can answer your questions.