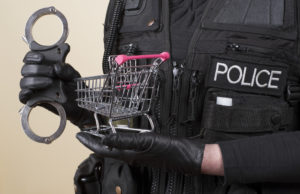 Shoplifting charges are very common in Union City and our criminal defense attorneys frequently appear in the municipal court to defend clients against various disorderly persons offenses including shoplifting. In fact, our attorneys were recently able to secure a dismissal of a shoplifting charge against one of our clients after the case was set for trial and the state’s witness failed to show. Without the witness’ testimony the prosecutor was unable to prove the case.

Shoplifting charges are serious and a conviction will carry various consequences and penalties that could affect your life. Shoplifting, like all Theft Crimes, is based on the amount of merchandise allegedly taken. For instance anything under $200 is a considered a disorderly persons offense punishable by up to 6 months in county jail. Moreover, all disorderly persons offenses will be handled in Union City Municipal Court. If the amount is $200 and over then the charges will be upgraded to an indictable crime and sent to Hudson County Superior Court. Almost all indictable crimes in Hudson County are sent to Central Judicial Processing to be screened by the Hudson County Prosecutor’s Office. Depending on the facts and merchandise alleged, we are often able to secure a downgrade of the shoplifting charges when we appear with our clients in CJP and have the case remanded back down to municipal court as a less serious crime.

Shoplifting is often the result of depression or unwanted side effect of medication. Therefore, it is often habitual and many clients can be repeat offenders. Therefore, it is important to point out that a 3rd offense for shoplifting (no matter what degree or amount) will result in mandatory incarceration. Moreover, shoplifting is considered a crime involving moral turpitude “CIMT” and may therefore affect your immigration status and result in removal proceedings if you are not a U.S. citizen. If you or your loved one has been arrested or charged with shoplifting in Union City, New Jersey then contact our office today at (201) 793-8018 for a free consultation with an experienced attorney.