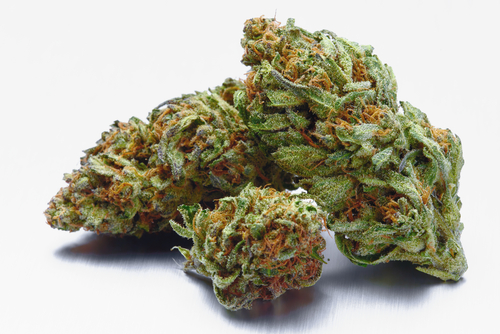 Our Hudson County marijuana defense lawyers recently defended a young father who had been arrested by Harrison police after a concerned citizen called in to report a suspicious vehicle sitting a gravel parking lot off the main road. The gravel parking lot is a municipal lot that is typically used by commuters who park their during the day while at work in the city. However, the caller thought it was suspicious because the car was there on a non-commuting day late a night and they thought someone might be sitting inside the vehicle. When police arrived to investigate the area based on the call, they spotted our client and a passenger sitting in the car, which was running. Police can typically approach a parked vehicle that they deem suspicious based on something we call the “community caretaking” function. This gives them wide latitude to go up to a vehicle and talk to the occupants inside to make sure everyone is okay and that there is nothing illegal taking place. And that is just what this officer did – but when he approached to the car to speak with our client, he smelled the odor of marijuana coming from inside the car which quickly escalated the situation. Courts in New Jersey have decided that the odor of marijuana is evidence of criminal activity taking place and based on that, police can remove you from the car to be detained while they search the vehicle without a warrant to find evidence of marijuana use.

Based on the smell of the marijuana the police officer removed our client and the passenger from the car and a subsequent search revealed marijuana, a smoking pipe and a pill of MDMA. After finding the drugs, the police officer began to question our client and his passenger as to whose drugs it was that he found in the car. Our client admitted that the marijuana and smoking pipe were his and the passenger took responsibility for the MDMA. He was arrested and charged with Possession of Marijuana under 2C:35-10a(4), Drug Paraphernalia under 2C:36-2 and Possession of a Controlled Dangerous Substance in a Motor Vehicle under 39:4-49.1 and given a court date to report into court. Based on these charges our client was looking at up 6 months in county jail on each criminal charge (although incarceration is unlikely for a first time offender) and a realistic 3 year loss of his driver’s license and a year of probation. This was the first time our client had ever been in trouble and he hired our law firm with the hopes of keeping his record clean and not losing his driver’s license. After receiving and reviewing the evidence, it appeared on the surface that everything was pretty cut and dry and done properly. The police had a reasonable suspicion to approach and investigate the vehicle in the first place and had probable cause to search our client’s vehicle based on the smell of the marijuana. But after further review there was one big thing missing – there was no signed Miranda card by our client proving that he knowingly waived his right to self-incrimination when he spoke to the police and allegedly took responsibility for the marijuana that was found within the car. Based on this issue and the fact that the passenger had already taken responsibility for the pill, the Court agreed to downgrade the criminal charges against our client to a municipal town ordinance which only carried a $300 fine and no criminal conviction. Our client was ecstatic and grateful for all our effort that resulted in no criminal record and we were happy to help a young father who was deserving of a break. To learn more about how our Hudson County criminal attorneys may be able to help you or your loved one, give us a call today at (201) 793-8018 for a free consultation during which time we can discuss the facts of your particular case and your options.