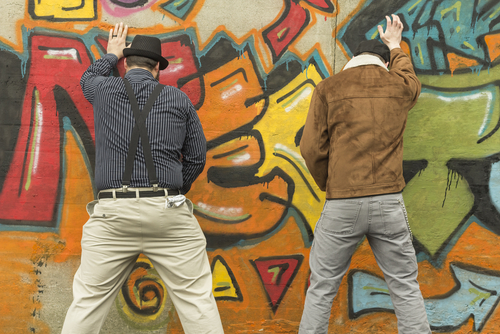 Our Hudson County criminal attorneys recently defended a client who was charged with lewdness after being arrested by Hoboken police in the early morning hours. Our client was very concerned when he contacted us for help because he was currently serving a suspended sentence for a charge of criminal sexual contact that had been recently downgraded to harassment. To make matters worse our client was not a U.S. citizen and is in the country on a work visa and another criminal conviction for an alleged sex crime could further complicate his immigration status.

The case originated after Hoboken police allegedly spotted our client urinating between two cars on the street after a night out at the bars. Urinating in public citations are common place in Hoboken, although they are normally not charged as criminal lewdness. This is because defendants charged with urinating in public will normally try and be discreet by peeing in an alley-way or side of a building. However, the circumstances alleged in this case seemed to be more egregious because the defendant was between two cars positioned between the sidewalk and the street so he could easily be viewed by pedestrians or traffic driving by. And that’s exactly what the police alleged when they drove by and said they saw the defendant’s penis clearly exposed to the public with no intention to hide what he was doing. Based on these facts, the police charged our client with a crime of Lewdness under 2c:14-4 and gave him a summons to appear in court. This meant that the police felt he had exposed his genitals in a manner likely to be seen by others. Now this could have been chalked up to just a bad night, which would allow for an argument that the defendant was just so intoxicated that he didn’t realize what he was doing. However, given his recent past discretion, our client was concerned that the police and court would simply assume the worst and quickly jump to the conclusion this was a continuing pattern of sexual deviant behavior.

One of our primary defense arguments in this case was that our client shouldn’t be treated any different from any of the other countless offenders ticketed for urinating in public in Hoboken just because he had a prior record. At court we were able to convince the prosecutor to give our client the benefit of the doubt even though the circumstances appeared a bit inordinary or “fishy”. Therefore, in the court agreed to amend the criminal charge to a municipal ordinance and our client was able to walk out of court without a criminal conviction and only had to pay a fine. If you have been charged with lewdness under circumstances similar to the events described above then feel free to contact us for a free consultation at (201) 793-8018.