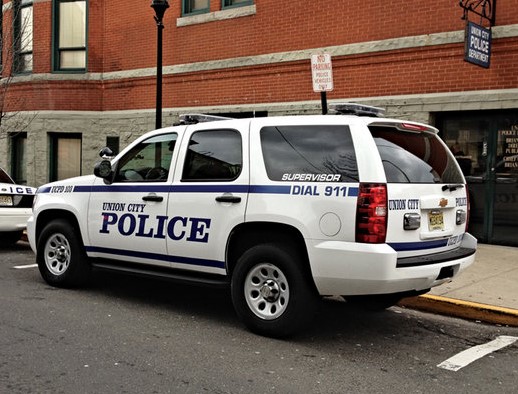 If you have been charged with DWI in Union City then get in line. These days the Union City police have been writing a ton of DWI tickets. In fact, Union City traditionally makes the second most DWI arrests in Hudson County, New Jersey. However, not many of the DWI cases we come across in Union City result from the police stopping somebody for erratic driving like you would traditionally think. In fact, most of the cases we see involve the DUI charges stemming from an accident where the driver is found drunk behind the wheel. Accidents are especially common in Union City because of its tight streets with cars parked and doubled parked on either side of the road. If you are caught driving away after a fender bender you will normally be charged with a summons for leaving the scene of an accident in addition to a DWI or any other traffic tickets. Moreover, like many other towns and cities in Hudson County, the Union City police have also begun writing and enforcing DWI in a school zone charges more, where as in the past these charges were often overlooked. The implications of a school zone charge can be pretty staggering because it can mean that the penalties you would face for a regular DWI are now effectively doubled.

How Can I Defend My DUI Charge?

A DUI charge in New Jersey is very serious and can be tough to fight, especially without knowledge of how the court system handles these offenses. New Jersey puts a strict timeline of 60 days for these charges to be resolved and does not allow a jury trial or any plea bargaining so your only option is to successfully fight the State’s case against you. Because most of these cases hinge on substantive and procedural technicalities, an experienced DWI defense attorney can make the difference between winning and losing. As the firm’s founding attorney, Will Proetta, has invested a large of his practice and time to DUI defense to help ensure that his skills and knowledge are well beyond the average defense lawyer. This includes becoming certified by the National Highway Traffic Safety Administration as an Instructor for Standard Field Sobriety Testing used in New Jersey and being trained by the inventor of the Alcotest (New Jersey’s breathalyzer) as a certified operator of the Alcotest machine. This level of training is matched by few defense lawyers in the state and allows our firm to catch and exploit issues in our client’s cases that often lead to the breath readings being suppressed or a dismissal of the DWI altogether.

If you have been charged or arrest for DWI in Union City, contact our Jersey City office today to speak with an experienced DUI defense attorney at (201) 793-8018 for a free initial consultation.

What Happens After I’ve Been Charged With DWI in Union City New Jersey?

Your DWI case will be heard at the Union City Municipal Court. The first appearances are normally scheduled within days of your arrest. The information regarding your first court date will be provided on your ticket that the police officer gave you. If for some reason you lost your ticket or it is not legible then you should call the court as soon as possible to double check your court date so there are not any problems. As a matter of routine, the Union City municipal court judges will usually issue a bench warrant for defendants who fail to show up for their DWI cases. The pertinent information to contact the Union City Municipal Court has been provided below for your convenience.

What Are The Penalties For My Union City DWI?

If you are convicted for a DWI in Union City Municipal Court, the penalties for that conviction, even as first offense DWI in New Jersey can be severe and long lasting. We give a more thorough breakdown and explanation of the New Jersey DWI Penalties in a separate article, but for your reading convenience, we have listed some of the mandatory penalties that are important to take into consideration. It should be noted that the DMV insurance surcharges listed below are in addition to any increase from your car insurance company.

Unfortunately all DWI license suspensions are mandatory when issued as a part of your sentence because New Jersey does not provide a form of hardship of work license like many surrounding states. Second offenses entail a mandatory 1 to 2-year loss of your driver’s license, while for third and subsequent offenses, the license suspension period extends for 8 years. Plus, you will be required to install an ignition interlock device following license restoration, which cannot be removed for between 2 and 4 years. If you have been charged with a DUI in Union City contact our office, located in Jersey City, to speak with an experienced DWI lawyer for a free initial consultation at (201) 793-8018. We would be happy to answer any of your questions and address your concerns when it comes to defending your DWI charges.