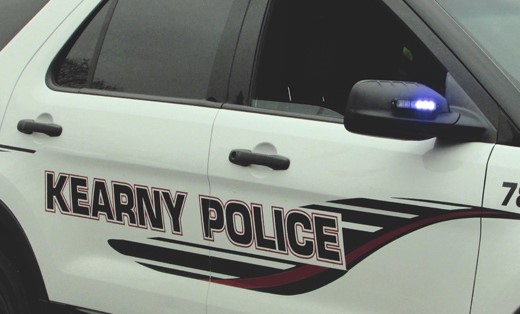 Arrested for DWI in Kearny? Well you aren’t the only one. Every year police in Kearny arrest well over 100 people who are suspected of driving while intoxicated in town. These cases are then typically prosecuted in the Kearny Municipal Court, which we talk about in more detail later in this article. This large influx of DWI cases is due in part to the State Troopers who supplement the drunk driving arrests by pulling over drivers on the areas of the New Jersey Turnpike and I-280 that run through the Town of Kearny. In fact, Kearny does so many DUI cases that the Kearny Municipal Court regularly schedules special DWI sessions with no other cases on the calendar to address these drunk driving cases in particular and prosecute them vigorously. However, you should not let this practice of aggressive prosecution intimidate you or make you concede to the charges. The important thing to remember is that each case is different and the pathway your case takes between a conviction or dismissal can often come down to a technicality. These technicalities or nuance issues can often times be looked over, especially by the untrained eye, and that can mean the difference between a dismissal or a conviction for DWI. Being able to pinpoint and exploit these technicalities can create leverage for a defendant which can result in a suppression of evidence. This means that the evidence against you such as the breathalyzer reading, blood results, urine results, etc. would not be able to be used against you. Obviously, without these key pieces of evidence, the prosecutor may have real trouble trying to prove the DWI allegations against you.

Can A Lawyer Help Beat My DWI Charges?

Well you can’t just expect the prosecutor to dismiss or downgrade your charges because you’re a good person and have never been in trouble before. Overall, New Jersey takes DUI charges very seriously which is exhibited by a very aggressive and strict prosecution by the State and the Kearny Municipal Court. Some examples of this are that there is no trial by jury allowed, there is no plea bargaining allowed, license suspensions are mandatory for second, third, and subsequent offenses, as well as first offenses with a blood alcohol concentration of 0.15% and above, and no work or hardship licenses are allowed. Even first DWI offenses with BAC’s of 0.14% and below will result in mandatory installation of an ignition interlock device in your vehicle for months, meaning you cannot drive the car unless and until you blow into the machine and show a reading of below 0.05%. To add to the confusion and frustration, the Administrative Office of the Courts (AOC) directs that DWI cases must be resolved within 60 days of the violation. This is a tough burden to meet both for the State and the defendant since these cases are normally by far the most complicated charges in the municipal court system. Because of these factors, hiring the right attorney can often mean the difference between guilty and not guilty. An experienced DUI attorney can exploit on nuances in law as well procedural technicalities and problems with the State’s case. As founding attorney, Will Proetta has handled hundreds of DWI cases and is certified by the National Highway Traffic Safety Administration as an Instructor for Standard Field Sobriety Testing used in New Jersey and trained and certified by Draeger as an Alcotest operator, which is the breathalyzer used here in New Jersey. If you have or someone you know has been charged with driving while intoxicated, contact our Jersey City office today to speak with an experienced DWI defense attorney at (201) 793-8018 for a free initial consultation.

If you are charged with driving while intoxicated in Kearny then your case will most likely be heard in the Kearny Municipal Court located at 404 Kearny Avenue, 3 rd Fl., Kearny, NJ 07032. This also applies if you were pulled over and arrested on 280 by State Police and taken to a different barracks such as the one in Newark. What matters is where you were physically located when finally stopped by the police. The easiest way to tell is to look in the top right corner of your ticket and the State Police will normally write the name of the town where you need to appear. Once in Kearny Municipal Court, Judge Thomas D. McKeon will preside over your DUI case and all related charges. Since there are no jury trials, it is the judge’s job to find if the municipal prosecutor and police meet their burden of proving the defendant’s intoxication and other elements of the charge beyond a reasonable doubt. Because DWI cases are often so complicated and serious, the court will normally schedule two special DWI sessions each month depending on the schedule. If you need to call the court you should contact the court administrator, Melissa A. Murray at (201) 955-7410 or (201) 955-7411. In situations where there was an accident with the DWI that resulted in an injury to another person or if you were driving while suspended because of a prior DWI, then your case will most likely be upgraded to an indictable crime and sent to the Hudson County Superior Court.

We often represent clients who have been pulled over and arrested for DWI on these major highways and roadways. The State Troopers normally patrol the major highways such as the New Jersey Turnpike and the local Kearny police

What is the Punishment for a DWI in Kearny?

The Kearny Municipal Court takes drunk driving offenses very seriously and will do everything under their law to try and convict you of the DWI charges. A conviction for DWI can have long last consequences which can follow you around for years even after you get your license restored. In another article entitled New Jersey DWI Penalties, we go into more detail about all the particulars of each DUI penalty. However, for purposes of this page, we will focus on the penalty known as the ignition interlock device which is something that Kearny Municipal Court regularly imposes on defendants convicted of driving while intoxicated in their town. Under the current law in New Jersey, you can be required to install and maintain an ignition interlock device in your car if you are convicted of a DWI or Refusal. On January 15, 2010, the state enacted “Ricci’s Law” under N.J.S.A. 39:4-50.16 which made ignition interlock devices a requirement under certain circumstances in addition to a mandatory suspension. On December 1, 2019 the state legislature expanded the ignition interlock requirement to anyone convicted of a DWI or Refusal in New Jersey. In some circumstances the ignition interlock device can now be installed in lieu of a mandatory suspension to allow you to still drive, but in a lot of other circumstances you still face the mandatory suspension period.

The imposition of an ignition interlock device may seem little compared to a mandatory suspension of your license but interlock is still no picnic. This is because the burden of paying for it and maintaining it fall on you. For instance, the ignition interlock device must be installed in the vehicle at your expense. You then have to return to the mechanic each month for a “check up” so the average device can cost $100.00 or more per month. Before you start your vehicle you must blow into the device and if your BAC is 0.05% or higher your car will not start. After starting your car you may be required to re-blow into the device randomly every 20 – 30 minutes thereafter.  For more information on the interlock device and other penalties for DUI you can visit our page on DWI offenses. Feel free to contact our Jersey City office at (201) 793-8018 for a free consultation with an experienced DWI defense lawyer if you or someone you know has been charged with a DUI in Kearny.