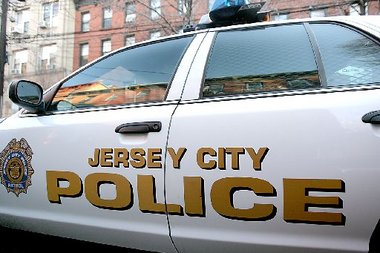 Jersey City consistently processes the most DWI charges in Hudson County, New Jersey every year by far. In fact, on average, they arrest about one person everyday for DUI in Jersey City. This extraordinarily high number of DWI cases is attributed to several things. Not only is Jersey City the second largest city in the state but the city is patrolled by several different law enforcement agencies such as the Port Authority Police, Hudson County Sheriff’s Department, New Jersey Transit Police, State Police and Jersey City Police Department. On one hand, the Jersey Police Department normally has a reactive approach to policing when it comes to DWI arrests which means you will rarely see Jersey City PD out on DWI patrol looking for drunk drivers. However, the local police still make a lot of DWI arrests each year which normally result from car accidents when the driver is found intoxicated behind the wheel. On the other hand, the Port Authority Police are normally more aggressive and tend to keep a close watch on suspected drunk drivers entering and exiting the Holland Tunnel. They will also routinely set up DWI roadblocks or checkpoints around the Holland Tunnel. It is also important to note that the area of New Jersey Turnpike that runs through Jersey City is usually heavily patrolled by the State Police who are on the outlook for suspected DWI drivers coming out of the city after a night out. Later in the article we actually give a bulleted list of areas that are “DWI Hot Spots” in Jersey City.

How To Find The Best DWI Lawyer In Jersey City

Prospective clients often say they want the best DUI attorney in Jersey City or someone who is friends with the judge and prosecutor to handle their case. But in real life, unlike the movies or sitcoms, there isn’t a wink and secret handshake that is going to make your DWI magically get dismissed. Now don’t get me wrong – having a friendly and professional relationship with the judge and prosecutor is always helpful. It allows for a certain level of comfort and familiarity with how they like to do things, what works and doesn’t work, and if your attorney has credibility with the court then the prosecutor and judge will often rely on their word about a potential issue rather than litigating it down the line. However, what we always tell clients during consultations is the most important thing is that you feel comfortable with your prospective attorney because you will have to be working very closely together over the next several months while the case is ongoing. This is why we normally give clients our cellphone numbers in addition to the office number and email so we can have open and free flowing lines of communication. When it comes to choosing the right attorney for your case, there isn’t any crowned prince or proverbial “king of the hill” in Jersey City, but like most towns and counties there is a small group of criminal defense attorneys who handle the majority of private cases and are well known by the prosecutors and judges. By doing your due diligence and research you can often times get recommendations from friends and read reviews online to help select a few attorneys to consult with and ultimately come to your decision.

Over the last decade, our attorneys have handled hundreds of drunk driving cases, including dozens in Jersey City Municipal Court. We have created a list of “hot spots”, which are areas of the city where we often see DWI cases coming out of. As part of this list we have identified the type of officers you will normally come into contact with in each area and potential strengths or weaknesses that may affect your DUI case so you can be aware of them for potential defenses. 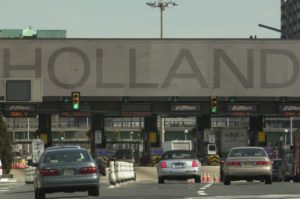 Where Do I Go For Court For My DWI Case?

What Are The Elements Of A New Jersey D.W.I. Charge?

The municipal prosecutors in Jersey City Municipal Court are well trained in prosecuting DUI cases and will put together a strong case to prove intoxication beyond a reasonable doubt. The state can prosecute an individual based on the evidence that the police gathered from their investigation. This can include the balancing and eye tests that you performed on the roadside as well as the breathalyzer reading from the Alcotest machine. In situations were you refused to give a breath sample, the prosecutor will look to show that the police properly read and explained you your rights and your duty to take the breathalyzer and that you knowingly refused. Below we put together a chart of the evidence that the prosecutor will use to try and prove you guilty of DWI:

Although drunk driving charges are traffic offenses, they are some of the hardest cases to defend in New Jersey because there is no plea bargaining allowed. This means that the prosecutor can not offer you a dismissal or lower charge simply because it is your first time in trouble or you were polite and cooperative with the police officers. To make matters worse, the penalties are mandatory and harsh. A conviction for DUI in Jersey City will result in a mandatory interlock device, potential loss of driving privileges for up to 6 months for a first offense, court ordered driving classes and thousands in surcharges – even for out-of-state drivers caught driving intoxicated within New Jersey. For these reasons it is always important to try and hire an experienced DWI defense attorney that can give you the best chance of achieving a successful outcome. Attorney William Proetta has set aside a large portion of his practice to DUI defense and litigation. As such, Mr. Proetta is certified by our state’s breathalyzer manufacturer, Draeger Diagnostics, as an operator for the Alcotest machine and is also separately certified by the National Highway Traffic Safety Administration as an Instructor in Standard Field Sobriety Testing used in New Jersey. These certifications, coupled with the fact that Will Proetta has handled hundreds of DUI cases throughout New Jersey including Jersey City, are qualifications that only a small handful of attorneys possess in the entire state. If you have been arrested for driving under the influence of alcohol or drugs in Jersey City, then contact our office to speak with an experienced DWI lawyer at (201) 793-8018 during a free initial consultation.