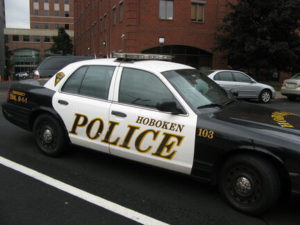 When it comes to issuing DWI and DUI Refusal charges in Hoboken, the police department is usually more reactive rather than proactive. That means the good news for potential party goers is that the cops are normally not actively patrolling the city looking for suspected intoxicated drivers or setting up DWI checkpoints like some smaller towns. However, don’t be fooled because Hoboken still issues its fair share of DWI charges. In fact, Hoboken Police normally make several DUI arrests every weekend. These arrests are typically the result of car accidents when the cops find an intoxicated driver behind the wheel who failed to navigate one of Hoboken’s narrow car-packed streets. And if a DWI charge wasn’t bad enough by itself – Hoboken police are also notorious for stacking on ancillary charges to all suspected drunk drivers since the 1 square mile city is almost entirely engulfed in school zones. It is also important to note that a separate summons for leaving the scene of an accident will be issued if the person continued to drive after a fender bender.

Is It Possible To Get My Hoboken DUI Dismissed?

The short answer is Yes, and we have helped numerous clients beat their DWI and Refusal charges in Hoboken over the years. The average alcohol DWI involves a two-fold defense approach. This is because the prosecutor will have evidence as to your breath reading (BAC) that they received from the Alcotest breathalyzer and they will have the field sobriety tests that you performed at the scene on the roadside after being pulled over. The prosecutor’s best piece of evidence is the breathalyzer reading and they will rely on that to prove every case that has a BAC of 0.08% or higher. In order to beat your DWI case, you first need to figure out a way to suppress the breath reading so it can’t be used as evidence against you. The three most commons ways to suppress your BAC reading are to show that (1) the breathalyzer wasn’t working properly; the police officer did not administer the breathalyzer to you properly 0r (3) that the prosecutor can’t produce the necessary calibrations records under the discovery rules. If the breath reading is suppressed, then the prosecutor’s case against you becomes much weaker – they no longer have their best piece of evidence and will have to simply rely on the field sobriety tests. Moreover, a suppression of the breath reading will normally result in much lower penalties for you if you were to still be found guilty of the DWI. Proving a DWI just based on the field sobriety tests can be much harder for the prosecutor especially if you performed fairly well on them. If you had trouble performing the tests (such as walking the straight line and balancing on one foot) then will look to explain how that may be caused by outside variables aside from alcohol intoxication. This can include being discombobulated from an airbag if there was an accident in your case or an ongoing or prior injury that could possibly affect your physical dexterity aka balancing skills. In sum, if you can get the breath reading suppressed and create reasonable doubt as to the reliability of the results of the field sobriety tests, then you can normally talk the prosecutor into dismissing the DWI case against you. In the alternative, if they won’t agree to dismiss it, then you have a great case to take your shot at trial.

The Penalties For A DWI Can Be Severe

If you have been charged or arrested for DWI in Hoboken, New Jersey it is important that you know the penalties you are facing and your options. A conviction or guilty plea to a DUI will result in a mandatory ignition interlock device and possibly loss of your driver’s license, which can be up 6 months, even for a first time offender. Additional consequences can include community service, mandatory drunk driving classes, thousands in fines and surcharges, and even jail time. And the consequences are heightened significantly if it is your second offense, which carries a license suspension of one to two years, plus an ignition interlock device once your license is restored. Third and subsequent DWI offenses are punished the most harshly, with 6 months in the county jail and a mandatory suspension of your driving privileges for 8 years, after which you will be required to drive with an ignition interlock device for anywhere from 2 to 4 years.

THE MAN TO HIRE

“Will is extremely knowledgeable and profession. Staff is excellent. Will and his team did everything they could and ended up getting the case dropped. Thanks Will.”

An experienced New Jersey DWI defense attorney can challenge the state’s case against you to create leverage in an effort to downgrade DUI charge or even get it dismissed completely. At Proetta & Oliver, we have successfully handled literally hundreds of DWI cases over years throughout Hudson County and New Jersey. The firm’s founding attorney, Will Proetta, has specialized DWI defense credentials which include certification as a Standard Field Sobriety Testing Instructor and certified Alcotest operator as trained by the manufacturer, Draeger. If you would like to learn more about how we can help you or your loved one then please contact us at (201) 793-8018 for a free initial consultation with an experienced DUI lawyer who can answer your questions.

What Do I Do If I Have Been Arrested For DWI In Hoboken? 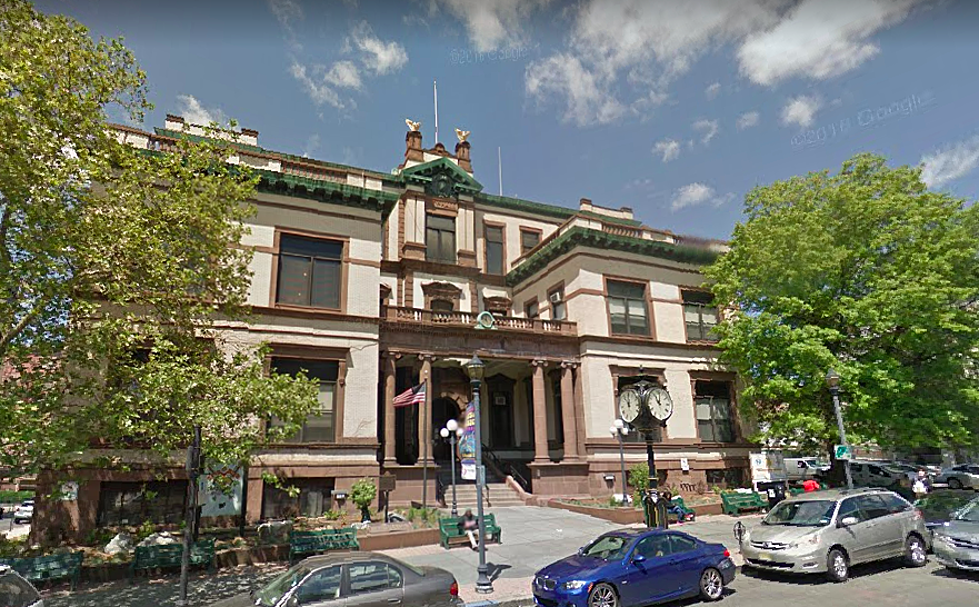 Hoboken has become a popular and thriving city for young professionals who work in New York City and the surrounding area. It has also become a center for nightlife with dozens of bars, nightclubs, and restaurants that are found on almost every block. This in turn results in a large amount of drunk driver arrests in the city of Hoboken every year. If you have been arrested and charged with driving while intoxicated in Hoboken, New Jersey then you will most likely be required to appear in the Hoboken Municipal Court which is located at 100 Newark St., Hoboken, NJ 07030. The Hoboken Municipal Court conducts business on the first floor of City Hall and is in session on Tuesday, Wednesday, and Thursday beginning at 9 a.m. Night court is also held once a week on Tuesday evening starting at 6 p.m. It is always good idea to arrive at court before 9 a.m. if possible and check in because it can get very busy. It is also highly recommended that you retain a DUI defense lawyer well in advance of your court date. The Hoboken Municipal Court telephone number is (201) 420-2120 & 2121 and the court administrator is Kerri Azzoline. The court can also be reached by facsimile at (201) 420-2138. Chief Judge Cataldo F. Fazio and Judge Benjamin Choi hear all municipal court matters including DWI charges.

What Are My Rights and Defenses for Drunk Driving?

By understanding your rights and obligations as a DWI suspect it can allow your attorney to have better defenses down the road when defending you against the charges. Most drunk driving cases start after a motor vehicle stop late at night or in the early morning hours once police have witnessed erratic driving. After a short conversation they will normally ask you to step out of the car because they smell alcohol and want to make sure you’re okay to drive. Next they will put you through the SFSTs (standardized field sobriety testing) such a walking a straight line and balancing on one foot to assess your level of intoxication and ability to drive. These tests are used as probable cause to arrest you but they will also be used later against you in court when the prosecutor tries to prove the DWI charge against you. You’re not under any duty to perform those tests so it may be a good idea to decline to take them if you think you would perform poorly on them so that way you aren’t giving the police and prosecutor more evidence to use against you.

Although New Jersey does not consider DWIs to be criminal offenses, any motor vehicle stop and subsequent investigation is still considered a detention and seizure of your person and property so your constitutional rights afford you protections. Therefore, you’re not under any obligation to answer questions that may further incriminate you. Common examples of these questions can be “How much did you have to drink tonight?”, “Where are you coming from?”, and “When was the last time you smoked marijuana?”. If police find you asleep behind the wheel they were normally try to ascertain (1) if you drove the vehicle to that location; (2) when you drove the vehicle last; and (3) whether you planned to drive the vehicle from that location.

After reading this article, it should be no secret to you that DWI offenses are some of the most severe and difficult charges to challenge in New Jersey. In addition to the mandatory penalties, the state does not allow any plea bargaining whatsoever for individuals charged with DUI. Moreover, defendants cannot get a jury trial – unlike other states –instead the municipal judge has exclusive rule over the merits and proofs of the case. On top of all of this, the administrative office of the courts (AOC) mandates that the municipal courts resolve these cases within 60 days of the DWI arrest. This can often times hurt the defendant by not giving you enough time to receive all the evidence, properly analyze everything, and present a thorough defense. If you get an experienced DWI attorney involved early on you put yourself in a much better position to resolve the charges successfully. If you would like to contact our Jersey City office, call us at (201) 793-8018 for a free initial consultation with an experienced DWI defense lawyer who can explain your options and address your concerns.