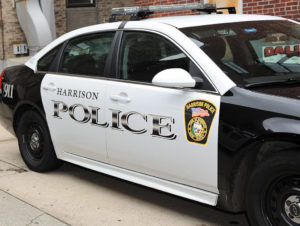 If you have been charged with a DUI in Harrison, New Jersey you need to prepare yourself for a tough long uphill battle. Although the Harrison Police normally take a more laid back approach to DWI patrolling, when they do come across a suspected drunk driver they usually pursue the case vigorously. This is partly because most of the DWI cases in Harrison involve car accidents or very dangerous driving that gets the cop’s attention. After approaching a car accident or driver that has been pulled over, the police will almost always first try and smell for alcohol. From there the officer will then normally have you step out of the car to perform roadside tests to see if you are fit to drive. These tests can often be a double edge sword because if you choose to perform them but do not do well then you are only further incriminating yourself. However, if you politely decline to take the tests then the law says the police have automatic probable cause to arrest you for suspicion of DWI. Almost all DUI arrests in Harrison start off after failing the field sobriety tests, at which point you are brought back to the station to take the breathalyzer.

How Can A Lawyer Help Me Fight My Harrison DWI Charge?

The quick answer is Yes. But first let me give you the Good news and the Bad news of your situation. The Good news is that a DUI (this term is used interchangeably with DWI) is only a motor vehicle infraction in New Jersey. The Bad news is that the municipal court prosecutes them even tougher than most criminal offenses and the consequences are considered just as bad or even worse than some crimes. You can find a more in-depth breakdown of the New DWI Penalties in this article. However, all is not lost because most defendants benefit from the experience of a tough DWI defense lawyer who can protect your interests and prepare a successful defense. At Proetta & Oliver we have successfully defended hundreds of client’s against DUI charges in Hudson County and throughout New Jersey. The firm’s founding attorney, Will Proetta, is one of only a handful of lawyers that holds a dual certification from Draeger on the proper operation and maintenance of the Alcotest machine and who is also qualified as an Instructor by the National Highway Traffic Safety Administration for the Standard Field Sobriety Testing used by the law enforcement in New Jersey. This experience and training gives us a unique set of defense skills and knowledge which we use in defending our clients DWI cases. If you would like to talk with an experienced DUI defense lawyer to learn more about how we can help you, then contact our office at (201) 793-8018 for a free initial consultation over the phone or to schedule an appointment at our office conveniently located in Jersey City.

It should come as no surprise that Harrison prosecutes a large amount of DWI cases each year. This is attributable to some of the major roadways that run through and around the city. Most notably is I-280 which runs through the center of town and leads westward to Route 21, the Garden State Parkway, and Interstate 80. Eastward, it leads to Route 7 and the New Jersey Turnpike. This highway is heavily patrolled by New Jersey State Troopers which largely contribute to the drunk driving tickets that are written in Harrison. In fact, the Harrison Police Department has 39 officers across multiple divisions, including Patrol, Street Crimes, and Traffic Safety. The Harrison police force patrols more than 15 miles of roadways, with NJ State troopers patrolling the town’s other three (3) miles of roadways. The most heavily trafficked highway in Harrison is Interstate 280, which connects motorists to the Garden State Parkway, the New Jersey Turnpike, Interstate 80, Route 7, and Route 21. We have listed some the major roadways where DWI stops occur.

It is important to note that whether you are ticketed by a state trooper or a local police officer you will still be summoned to appear in the Harrison Municipal Court if you are pulled over within the town’s limits.

If you have been charged with a DWI you probably have several questions and concerns that are troubling you. However, one thing that you can be sure of is that the state will prosecute your drunk driving charge to the fullest extent allowed under the law. This is because New Jersey has some of the toughest DUI laws in the entire country. For instance there is absolutely no plea bargaining allowed, no right to a jury trial, a potential loss of license for even a first offense, and mandatory installation of an interlock device in your car. To make matters worse, courts normally pressure the defendants to resolve the cases as soon as possible which can make it difficult to construct a proper defense in time. The process is often very complicated and time consuming and it is very easy to get lost trying to navigate the court system by yourself and nearly impossible to successfully defend a DWI without an experienced DWI defense attorney. At Proetta & Oliver we have the experience and knowledge to effectively challenge and combat a charge of driving while intoxicated. If you would like to discuss the facts of your case in more detail please contact our office at (201) 793-8018 to speak with a knowledgeable defense attorney about your Harrison DWI charges.