Things have changed when it comes to first offense DWI in New Jersey. Lawmakers recently changed the state’s drunk driving laws so that the penalties are more consistent across the board for violators, and also slightly less punitive for first-time offenders. For example, driver’s license suspension is no longer mandatory for a first driving while intoxicated offense. Instead, the license suspension only lasts until the convicted individual installs an ignition interlock device on their vehicle. In addition to effectively eliminating license suspension as a penalty in the majority of first offense DWI cases, so long as those convicted follow the new rules regarding interlocks, special charges for DWI in a school zone were eliminated completely, so that most DWI charges now carry similar penalties. Despite these changes to the state’s DWI laws, however, you need to understand something when you run into your first DUI charge: the consequences of a conviction are still severe, and you should take the charges very seriously. 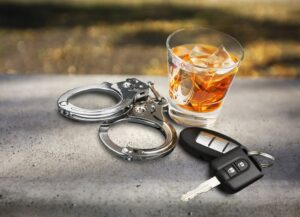 For anyone caught driving with a blood alcohol concentration (BAC) above the legal limit of .08 percent, the penalties could include jail time and monetary fines, in addition to other serious consequences. Even license suspension is not entirely out of the question when you have been arrested for your first DUI in NJ. And the removal of license suspension penalties does not apply to those convicted of driving under the influence of drugs.

To find out more about how things have changed when it comes to penalties and consequences for a First Offense DWI in New Jersey, keep reading this page. If you find yourself in the unfortunate situation of having been arrested and charged with drunk driving or driving under the influence of drugs for the first time, you should seek knowledgeable legal counsel for a highly qualified DWI defense attorney who can walk you through the process and defend you on the road ahead. We at Proetta & Oliver have advanced training and over a decade each of experience handling DUI defense on behalf of clients throughout New Jersey. Contact our offices in Jersey City if you would like a free consultation today. (201) 793-8018.

Penalties for a First Offense DWI in NJ

The penalties for drunk driving violations in New Jersey may have been altered by the state legislature to reduce the impact on first-time offenders, but the consequences of a conviction are still severe enough to warrant your attention – even if you’ve only been charged with a first offense. Depending on the facts of your case, the judge could impose penalties that will have a long-lasting effect on your life.

The penalties for a first offense DWI in New Jersey may include the following:

Beyond the court-imposed penalties for a first offense DUI conviction, there could be other unanticipated consequences in your case. Some of the indirect and yet equally impactful effects of a drunk driving conviction or guilty plea include the following:

Will I Go to Jail If This Was My First Time being Charged with a DWI/DUI?

The law allows judges to sentence the defendant in a first offense DWI case to up to 30 days in the county jail. But the probability of a jail sentence in your case will be determined by the particular circumstances of your DWI offense. Unless the offense involved a DWI accident resulting in death, serious injury, or property damage, drunk driving violations are typically classified as traffic offenses, not criminal offenses. This means that they are usually handled in the Municipal Court located in the city or town where the DWI violation occurred, which is the same court that handles lower-level criminal charges in New Jersey. Cases adjudicated at the Municipal Court level may carry the possibility of jail time, but they do not have a presumption of incarceration – which means that defendants are often able to avoid a jail sentence. This is generally true in New Jersey DWI cases, as most first-time offenders are not sentenced to jail time.

Keep in mind that even if you are able to stay out of jail in your first offense DWI case, a conviction or guilty plea will go on your driving record. If you are convicted of a subsequent DWI offense at any point within the next 10 years, you would then be subject to a mandatory jail sentence of 2 days, and the judge would have the ability to sentence you to up to 90 days in jail. That’s one reason why it is so important for you to avoid conviction in your first offense DWI case and avoid getting a first offense on your record in the first place.