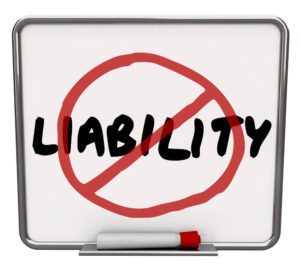 With the ever-increasing focus on drug overdoses and related fatalities, New Jersey enacted a law under section N.J.S.A 2C:35-9, known as Strict Liability for Drug Induced Deaths, which seeks to punish those who market and sell drugs to people who ingest these substances and ultimately die as a result. Per this statute, those accused of manufacturing, distributing, or dispensing Schedule I or II controlled dangerous substances resulting in death will be charged with a first degree crime. This category of indictable crime is limited to the most egregious offenses in New Jersey. Claims of causing a drug-induced death are all that not that common, but they do happen, and they could happen to you.

If you or a loved one has been charged with someone else’s drug-induced death in Hudson County or anywhere else in New Jersey, you need to be prepared for the difficult road that lies ahead. Our highly experienced criminal defense lawyers are prepared to confront the state’s allegations and defend your rights. Whether you have been accused of distributing drugs that caused death in Jersey City, Hoboken, Kearny, Bayonne, Union City, Secaucus or another city in the Hudson County region, call (201) 793-8018 for the help you need today. Consultations are free and a member of our team is on call to best serve you.

This law was enacted in 1987 as part of the Comprehensive Drug Reform Act. With Strict Liability for Drug Induced Deaths, the state sought to categorize the crime as similar to felony murder. Essentially, as in felony murder cases, the law seeks to punish those who did not intend to kill someone, but who committed underlining crimes resulting in the death of another.

The difference between a strict liability crime and others is that the ‘mens rea” (your intention) does not need to be proven by the prosecution.  In cases involving most other crimes, the state must prove that you did something (actus reus) and that you did so either “purposely, knowingly, or recklessly.”  For the first degree crime of strict liability for a drug-induced death, the state does not have to prove that you purposely, knowingly, or recklessly killed the person.

Instead, the state need only prove that you distributed a Schedule I or II controlled dangerous substance to a person, that the ingestion of the substance caused his or her death, and that the death was not too remote to the distribution or ingestion of the substance. Specifically, the law makes it clear that anyone who distributes, dispenses, or manufactures LSD, methamphetamine, phencyclidine (PCP) or any controlled substances within Schedules I or II or analog thereof is strictly liable for the death of another resulting from inhaling or ingesting the drug, except that:

What Drugs Causing the Death of a Person allow for a Drug Induced Death Charge?

Meth, PCP, and LSD are all controlled dangerous substances that may give rise to charges under N.J.S.A 2C:35-9 if they caused the death of another. Notably, a charge such as this is not limited to deaths caused by heroin and there are many drugs that permit such a complaint. Some other substances listed on Schedule I and II allowing for a drug-induced death crime to be charged include: cocaine, Methadone, Dilaudid, OxyCodone/Oxycontin, Percocet, Demerol (Meperidine), Fentanyl, Hydrocodone, Codeine, Morphine, amphetamines, Ketamine, Soboxone, and anabolic steroids.

How do People get Charged with Someone’s Else Drug Overdose in New Jersey?

The problem with the Strict Liability for Drug Induced Deaths statute is that it does not allow the court or jurors to take into account the decedent’s own conduct in ingesting the drug. For example, perhaps Joe and Raquelle who have been friends for ten years attend a party. At some point during the night, Raquelle asks Joe for heroin. Joe gives it to her and she later comes back and asks for more. Joe says he has to leave and Raquelle asks if she could hold a few bags for later. He gives it to her and heads home.

Sadly, Raquelle overdoses and is found dead in the morning. The police arrive and find a few empty baggies and one bag stamped “death march” on it.  A witness who was there during the night tells police that he saw Joe give Raquelle the heroin.  The police get a search warrant for Joe’s house. Upon searching the home, they find heroin packaged in a similar manner and stamped “death march” in Joe’s pants pocket from the night before.  They charge Joe with first degree drug induced death of his friend Raquelle. Joe is now facing grievous consequences if convicted of violating N.J.S.A 2C:35-9.

The crime of causing the death of another by distributing the drugs that led to their death from the substance is a first degree offense.  A first degree crime is the most serious offense that anyone can be charged with in this state. For this crime, you may be sentenced to state prison for 10-20 years and will be mandated to serve 85% before becoming eligible for parole.

If you are accused of manufacturing or distributing any of the drugs considered Schedule I or Schedule II CDS, and directly causing the death of another, you can be held strictly liable. These charges, once considered rare, are gaining popularity among police and prosecutors throughout New Jersey.  If you have been charged with a drug induced death offense anywhere in Hudson County, contact an attorney from our office immediately. It is important that you know  your rights and protect yourself from day one. You can reach us at (201) 793-8018 24/7 for a free consultation.