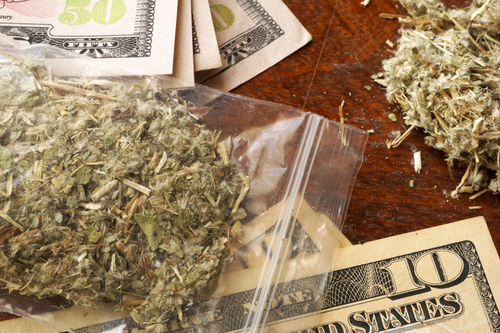 Although many people consider marijuana to be a harmless drug, New Jersey takes marijuana distribution and intent to distribute marijuana extremely seriously. As an overall policy to come down hard on suspected drug dealers, our state has implemented serious penalties that make marijuana distribution an indictable felony offense. A conviction will ultimately result in a felony record for distribution of a controlled dangerous substance and can expose you to probation, drug testing, and even prison incarceration. An experienced criminal defense lawyer can be invaluable by challenging the weaknesses in the state’s case against you to negotiate a downgrade or even secure your admittance into Pre-Trial Intervention. Our criminal attorneys have successfully handled thousands of criminal charges over the years including marijuana distribution and related charges such as drug paraphernalia, cocaine possession and prescription drug crimes. We represent clients arrested for marijuana distribution throughout New Jersey including North Bergen, Newark, West New York, Jersey City, Union City, Hoboken, and Bloomfield. If you would like to learn more information about potential representation, then contact us today at (201) 793-8018 for a free consultation with an experienced marijuana distribution lawyer or to schedule an appointment at our Jersey City office.

As illustrated in the above statute, the grading of offense degree for distribution of marijuana entirely depends on the quantity of marijuana involved. This is extremely important because it ultimately determines the potential penalties such as the sentence range for prison exposure. Other penalties can include court ordered drug counseling, probation, loss of your license, community service and thousands in fines. These charges can be upgraded if the suspect is charged with Marijuana Distribution in a School Zone or Distribution of Marijuana within 500 ft of a Public Park. We have included a chart below which breakdowns the degree of each marijuana distribution charge based on the amount of marijuana confiscated.

What Are The Penalties for Marijuana Distribution in New Jersey?

Notably, for offenses involving 1 oz. or less, solely second offenses may be punished by up to 18 months in prison.

How To Beat A Marijuana Distribution Charge in New Jersey 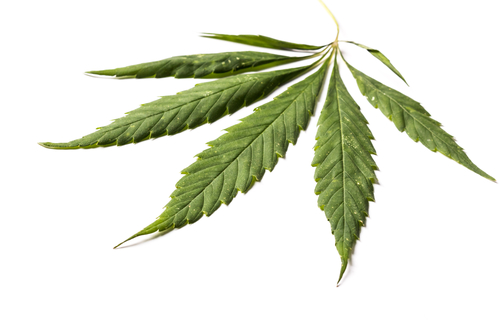 It seems like every week we get calls from prospective clients who have been arrested for distribution of marijuana in New Jersey and they want to know how a lawyer can get them out of trouble or dismiss the case. Well often times in order to have a case dismissed or to secure a good deal you need to be able to challenge the evidence that supports the charges. Because if the prosecutor has a strong case against you, then there is little incentive or reason for them to cut you a break. When it comes to challenging the evidence against you, you never want to concede anything. That is why one of the first questions you want to ask is where was the weed found? For instance – if the drugs were found in a car – was their probable cause to stop the car in the first place and then search the vehicle after the stop? If the drugs were found in a house then you want to look closely at how and why the police got into the house and if the search of the house was lawful.

Most of the cases we come across start with a motor vehicle stop that then leads to a search of your vehicle. But before you can even get to whether the search was lawful or not, you first want to examine the reason for the motor vehicle stop and whether the police had probable cause to pull you over. For instance, the cop may allege he or she saw something they believed to be suspicious, that you committed a driving infraction, that your car had an equipment violation or that they stopped you based on a concern citizen’s call.

Whether the drugs were found on your person, in your home, or in car – it is important to examine whether the search was lawful. For instance, was as there a search warrant or did you consent to search? If the answer is “No” to both questions then you have you assess whether the police had probable cause to search for the drugs in the first place. If it was a bad search, the whole case will likely be tossed.

Not every case involves the defendant actually having the marijuana in his/her pocket. In fact, in most marijuana cases we come across, the marijuana is found in some general area in the vehicle or house that everyone has access to. In these cases the police may charge everyone in the car or the house with the marijuana possession under the idea of “constructive possession” and try to sort it out later through the testimony of the defendants. However, these facts can be troublesome for the prosecutor to work with and often times can result in a dismissal if the State can’t prove actual knowledge of the drugs.

The evidence in every marijuana distribution case is different and can vary wildly given the circumstances of your arrest. For instance, we have seen marijuana distribution cases involving only a gram or two of weed and cases involving well over a hundred pounds. Distribution cases will be prosecuted one of two ways: (1) The first way is the prosecutor will try to produce a witness such as an undercover cop or informant who will testify that you sold them the marijuana; (2) the second way is that the prosecutor will try and prove that you possessed the marijuana with the intent to distribute based on the surrounding circumstances such as having a large quantity, or having it bagged up, or having a scale in your possession. For obvious reasons, the intent to distribute can be much harder to prove for the prosecutor especially considering that that many marijuana users purchase large quantities for their personal use because it is cheaper and have scales to weigh it out.

Marijuana distribution cases are often riddled with complicated suppression issues such as an illegal search and seizure of evidence, inadequate probable cause for a stop or arrest, and reliability of witnesses and informants. Getting an experienced criminal defense lawyer involved in your case early on can greatly increase your chances of a successful outcome. In Hudson County, most indictable drug distribution cases are initially sent to CJP (Central Judicial Processing) in the Hudson County Superior Court in Jersey City. When our criminal attorneys appear with clients in CJP we are normally able to take advantage of this opportunity to speak with the prosecutor to have the charge remanded to municipal court or to allow our clients to apply for Pre-Trial Intervention or Drug Court. Our office represents clients for distribution of marijuana who have been charged in Kearny, Belleville, Weehawken, Bayonne, Nutley, Harrison and Guttenberg. If you would like to discuss the facts of your case in more detail then contact our Jersey City office at (201) 793-8018 to speak with a marijuana distribution attorney absolutely free.