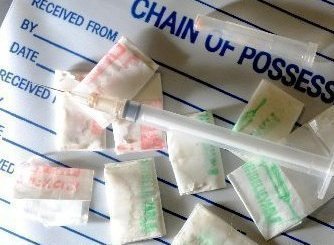 Heroin users are typically extremely secretive about their use and addiction to heroin because of the dirty stigma it has in our society. However, in recent years, heroin has become more mainstream and has gained increasing popularity with teenagers, young adults and even some older professionals. This is a direct result from the heavy over-use of Prescription Drugs and pain killers which are highly addictive and readily available. Most heroin users start by taking painkillers such as percocets and vicodin and then move to oxycontin and suboxone because they are more powerful. However, eventually heroin becomes a much cheaper alternative to achieve the same or better high because most pain killers are very expensive on the black market. But one of the big problems is that unlike the pharmaceutical industry, the black market for drugs is not regulated and often times users don’t know what exactly they are putting into their systems when they buy heroin from their local street dealer. More often than not, the heroin that is purchased on the streets of New Jersey has been mixed with various cutting agents or other drugs like fentanyl which can lead to deadly consequences. This is a big reason why we see so many overdoses these days and now why every police department in the state has to carry Narcan.

Is Possession Of Heroin A Felony in NJ?

Yes – in an attempt to combat the growing “epidemic”, New Jersey has made even mere possession of heroin – no matter how small – a serious indictable felony offense. In fact, we regularly come across cases where clients are arrested and charged for felony possession of heroin for only having trace amounts left over in a baggie or on straw used to snort the drugs. In those types of cases we often try to get the prosecutor’s office to downgrade the charges to a disorderly persons offense (misdemeanor) such as failure to turn over CDS or drug paraphernalia and send the case back to municipal court. At Proetta & Oliver, our criminal defense lawyers have handled thousands criminal charges over the years including heroin possession and distribution. We represent clients charged with possession of heroin throughout New Jersey including Jersey City, Hoboken, Newark, Secaucus, Harrison, Bayonne, and North Bergen. If you would like to learn more about potential representation, then contact us today at (201) 793-8018 to speak with a heroin defense attorney free of charge or schedule an appointment at our Jersey City office.

The statute which punishes the possession of heroin, along with other “hard” drugs is listed below, in pertinent part, for your convenience. a. It is unlawful for any person, knowingly or purposely, to obtain, or to possess, actually or constructively, a controlled dangerous substance or controlled substance analog, unless the substance was obtained directly, or pursuant to a valid prescription or order form from a practitioner, while acting in the course of his professional practice, or except as otherwise authorized by P.L.1970, c.226. Any person who violates this section with respect to: (1) A controlled dangerous substance, or its analog, classified in Schedule I, II, III or IV other than those specifically covered in this section, is guilty of a crime of the third degree except that, notwithstanding the provisions of subsection b. of N.J.S.A. 2C:43-3, a fine of up to $ 35,000.00 may be imposed;

What Makes Heroin So Popular?

Heroin is universally recognized as a highly addictive drug. According to the National Institute on Drug Abuse (NIDA), heroin use among Americans has been increasing year over year over the last decade. This powerful opioid is similar in nature to morphine, which occurs naturally in certain types of poppy plants. And although heroin is typically sold in white powder form it can be ingested multiple ways. For instance, heroin can be smoked (like marijuana), snorted (like cocaine), or injected via needles and syringes. Many people turn to heroin after running out of a prescription for painkillers such as Oxycodone or Percocet. Heroin is often the next best thing, as it is much cheaper than prescription drugs and creates a similar high.

Heroin is classified as a Schedule I Controlled Dangerous Substance in New Jersey, which means it has a high potential for abuse and no accepted medical use in treatment, even under medical supervision. As a result, just the mere possession of heroin in any amount is a third degree indictable crime in New Jersey.  A third degree felony is punishable by up to 3 – 5 years in state prison and can expose you to other consequences such as probation, drug testing, community service, and loss of your driver’s license. Moreover, there are enhanced penalties if you are charged with Distribution of Heroin depending on the amount of heroin in your possession or if you are arrested for Intent to Distribute within 500 ft of Public Park or Intent to Distribute within a School Zone.

No matter the circumstances of your case, heroin charges are serious and defending them can be complicated and difficult if you are not experienced. Drug cases are typically riddled with various suppression issues such as an illegal search or seizure, improper gathering or testing of evidence, and unreliability from anonymous tips. Our law firm is well versed in handling heroin cases and related charges such as Drug Paraphernalia. Our criminal lawyers are typically able to secure our client’s admittance into Pre-Trial Intervention to avoid a record or obtain a waiver into Drug Court to avoid state prison or, if the facts allow, negotiate a downgrade and remand. We represent clients arrested for heroin throughout New Jersey including Union City, Weehawken, Bloomfield, Kearny, Belleville, Guttenberg, and East Orange. If you would like to learn more about how we can help you, then contact us today at (201) 793-8018 to a schedule a free consultation with an attorney at our Jersey City office.