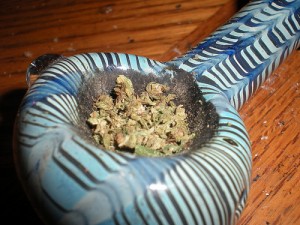 Drug paraphernalia charges are commonly seen in New Jersey courts because the statute casts a broad net over numerous acts or object which may be used to ingest or store an illegal drug. This includes but is not limited to items such as rolling papers, roach clip, plastic bags, jars or even straw-like objects. Drug paraphernalia charges may also supplement charges such as distribution or possession of marijuana, cocaine and/or heroin depending on the circumstances. A conviction for drug paraphernalia, although it may sound less severe than that of possession of an illegal drug, still carries the stigma of a drug charge. As a result of the conviction, the charge will appear on your permanent criminal record and may prevent you from obtaining employment or make employment possibilities that much more difficult. Our law office represents clients facing drug paraphernalia charges throughout New Jersey including Weehawken, Nutley, Kearny, Belleville, Jersey City, Hoboken, Bayonne and Union City. If you would like to consult with an experienced drug paraphernalia attorney please contact our Jersey City office at (201) 793-8018.

The New Jersey statute for the crime of drug paraphernalia is provided below:

§ 2C:36-2. Use or possession with intent to use, disorderly persons offense

It shall be unlawful for any person to use, or to possess with intent to use, drug paraphernalia to plant, propagate, cultivate, grow, harvest, manufacture, compound, convert, produce, process, prepare, test, analyze, pack, repack, store, contain, conceal, ingest, inhale, or otherwise introduce into the human body a controlled dangerous substance, controlled substance analog or toxic chemical in violation of the provisions of chapter 35 of this title. Any person who violates this section is guilty of a disorderly persons offense.

As stated above, possession of drug paraphernalia is considered a disorderly persons offense or misdemeanor and is punishable by up to 6 months in jail, probation, loss of driver’s license, and a thousand dollar fine.

Drug Possession and Paraphernalia : The Connection

Possessing any amount, however small, of a controlled dangerous substance (CDS), unless you have a valid prescription, is a criminal offense in New Jersey. This is true even if the amount you possess is merely residue left over on a bong, pipe, bowl, or some other form of drug paraphernalia. If you are pulled over by the police and they see drug paraphernalia in your car, they can search your car without a warrant, pursuant to the automobile exception. Your bong or pipe could have nothing in it—or so you believe—but the police can seize it and test it using a drug residue identification kit. If they find residue from marijuana, you can be charged with a disorderly persons offense. On the other hand, if they find residue from a drug like cocaine, ecstasy (MDMA, Molly), LSD, or heroin, you can be charged with an indictable offense.

If you find yourself facing drug possession charges for residue left in drug paraphernalia, depending on the facts in your case, you may have one or more defenses available to you. Often, a major defense in drug possession cases is illegal search and seizure. If we can demonstrate that the police violated your Constitutional rights when conducting a search that led to the discovery of drug paraphernalia, which they later found drug residue on, we may be able to get the evidence excluded from the record, making it very difficult for the prosecution to prove its case beyond a reasonable doubt.

If you are a first time offender and are charged with a disorderly persons offense for possession of 50 grams or less of marijuana due to residue found on a bong or other drug paraphernalia, you may qualify for a diversionary program called Conditional Discharge. This allows first time drug offenders in New Jersey to avoid jail time and a criminal record by participating in a program that imposes certain conditions like regular drug testing, participation in drug treatment or counseling, and not committing another crime. If police find residue of any other illegal drug and you are charged with an indictable drug offense, you may be eligible for Pre-Trial Intervention (PTI). PTI operates in a similar manner to Conditional Discharge, resulting in a dismissal of your charges upon successful completion.

Even if no drugs are recovered at the time of the arrest, police officers may still charge you with possessing drug paraphernalia. Because drug paraphernalia falls under the statutes for drug crimes, the State takes the charge seriously and will not offer plea bargaining. In order to properly handle a drug paraphernalia charge, it is crucial to have an experienced criminal defense attorney who can address suppression issues such as illegal search and seizure. More importantly, an experienced criminal lawyer can help you obtain acceptance into a Conditional Discharge or PTI program with the goal of getting your charges dismissed after a probationary period. William A. Proetta, Esq. has represented thousands of criminal and municipal court charges throughout the years and has vast experience handling drug paraphernalia charges. Our office defends clients throughout the Hudson County area including Secaucus, Guttenberg, West New York, North Bergen, Harrison and Newark. For a free consultation to discuss your drug paraphernalia charge, call our Jersey City office at (201) 793-8018.