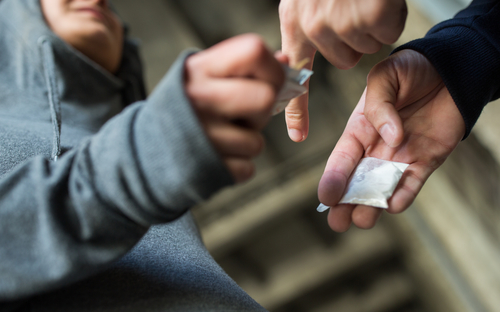 New Jersey is known for its tough laws on crime, especially for alleged cocaine and crack cocaine distribution. It’s no secret that cocaine and crack can be highly addicting and this often leads users to begin selling the drugs to supplement their habit. Others just get roped in by the idea of quick easy money since coke fetches such big money on the street. However, make no mistake, if you are convicted for distribution of cocaine, you face the very real possibility of serving state prison time. Additionally, you can be required to enter into an in-patient program, serve probation, complete community service and pay thousands in fines. Moreover, a cocaine distribution charge can be upgraded depending on the amount of drugs confiscated or if the offense took place within in School Zone or within 500 ft of a Public Park or Housing.

How Can A Cocaine Distribution Defense Attorney Help Me?

In serious cases such as these, if you can get an attorney involved early on you significantly increase your odds of success. At Proetta & Oliver, our cocaine defense lawyers have handled dozens of distribution cases over the years and the good news for you is that we are typically able to achieve some pretty extraordinary results. These successful outcomes include securing our client’s admittance into Pre-Trial Intervention to avoid a criminal record, gaining entry into Drug Court to avoid lengthy state prison time for repeat offenders, and even negotiating downgrades to remand the charges to municipal court. We represent clients for cocaine distribution and intent to distribute throughout New Jersey including Union City, North Bergen, Bayonne, Newark, Bloomfield, Secaucus, Kearny, and Belleville. If you would like to speak with a criminal lawyer about the circumstances and details of your case then contact us today at (201) 793-8018 for a free consultation or to schedule an appointment at our Jersey City office.

The New Jersey statute for cocaine distribution and intent to distribute is listed below, in pertinent part, for your convenience.

a. [I]t shall be unlawful for any person knowingly or purposely:

b. Any person who violates subsection a. with respect to:

(1) [Cocaine]… in a quantity of five ounces or more including any adulterants or dilutants is guilty of a crime of the first degree. The defendant shall, except as provided in N.J.S.A. 2C:35-12, be sentenced to a term of imprisonment by the court. The term of imprisonment shall include the imposition of a minimum term which shall be fixed at, or between, one-third and one-half of the sentence imposed, during which the defendant shall be ineligible for parole. Notwithstanding the provisions of subsection a. of N.J.S.A. 2C:43-3, a fine of up to $500,000.00 may be imposed;

(2) A substance referred to in paragraph (1) of this subsection, in a quantity of one-half ounce or more but less than five ounces, including any adulterants or dilutants is guilty of a crime of the second degree;

(3) A substance referred to in paragraph (1) of this subsection in a quantity less than one-half ounce including any adulterants or dilutants is guilty of a crime of the third degree except that, notwithstanding the provisions of subsection b. of N.J.S.A. 2C:43-3, a fine of up to $75,000.00 may be imposed;

c. Where the degree of the offense for violation of this section depends on the quantity of the substance, the quantity involved shall be determined by the trier of fact. Where the indictment or accusation so provides, the quantity involved in individual acts of manufacturing, distribution, dispensing or possessing with intent to distribute may be aggregated in determining the grade of the offense, whether distribution or dispensing is to the same person or several persons, provided that each individual act of manufacturing, distribution, dispensing or possession with intent to distribute was committed within the applicable statute of limitations.

What Are The Penalties For Cocaine Distribution in New Jersey?

Possible Defenses to Distribution of Cocaine Charges in New Jersey 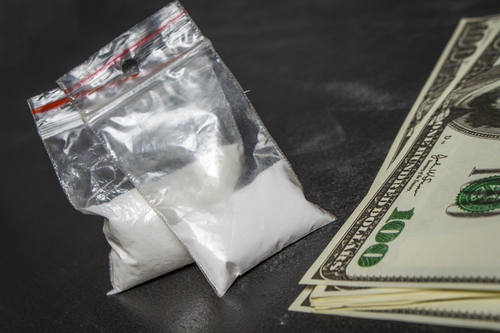 The #1 thing you always want to look at first, and look at very closely is whether the evidence that was seized and being used against you was obtained without probable cause or through an illegal search and seizure. If that can be demonstrated the usually the entire case against you will be thrown out because it is all “fruit of the poisonous tree”. We recently handled a case where the client had been arrested for 1st degree cocaine distribution and was facing up to 20 years in New Jersey state prison. However, after examining the evidence closely we determined that the police did not have probable cause to stop and search his car based on the circumstances. After filing a suppression motion, a superior court judge agreed with us and dismissed the entire case against our client.

The most important thing to take away from Miranda rights is “that you have the right to remain silent and that anything you say can and will be used against you”. These rights are significant and if someone is not properly advised as to these rights, then anything incriminating they may have said cannot be used against them in the case. With the widespread use of body cams and dashboard videos these days, we see more and more that police either purposely avoid it or forget to read defendants their Miranda rights at the time of their arrest or while they are being detained.

In many cases we come across, the defendant will not actually have the cocaine in their possession, such as in their pocket. Moreover, under many circumstances there could be multiple people in the car or apartment where the cocaine is found. If no one gives any statements or admits ownership, this type of situation can create some major problems for the prosecutor when it comes time to prove their case. In a recent case we represented a defendant who faced multiple drug and gun charges including second degree cocaine distribution and first degree charges for maintaining a CDS production facility after the police raided an apartment where they found him and multiple other individuals inside. As the case neared trial, we were able to secure a dismissal of all the charges involving the guns and drugs and our client received probation for a 4th degree tampering with evidence charge since the prosecutor could not establish our client’s actual possession of any of the contraband.

A big issue that many people glaze over is the cocaine itself. For whatever reason many defendants and even inexperienced lawyers will just automatically concede that the substances seized at the time of the arrest are in fact cocaine. However, make no mistake, this is the prosecutor’s burden and not only must they prove that it is in fact cocaine but they must establish a chain of custody from the time the drugs were seized to the time they went to state lab and were returned and, more importantly, the prosecutor must demonstrate that they were not contaminated somewhere along the way. Regularly challenging the lab results has lead to our attorneys securing dozens of clients dismissals and downgrades on drug possession and distribution charges including cocaine cases.

As the above chart illustrates, the grading of different degrees for cocaine distribution depends entirely on the aggregate weight of narcotics which are confiscated. Felony drug distribution cases are normally very complicated and are riddled with complex suppression issues that may have to be litigated by an experienced criminal defense lawyer such as inadequate probable cause, unreliable informants or witnesses, an illegal search and seizure, and improper testing of suspected narcotics. Our criminal defense lawyers are experienced in handling suppression motions and know what it takes to successfully defend a cocaine distribution case. We represent clients for cocaine distribution charges throughout New Jersey including Harrison, Hoboken, Guttenberg, Weehawken, Nutley, Montclair and West New York. If you would like to learn more about how we can help you defend your charges, then contact us today at (201) 793-8018 for free consultation with a cocaine distribution attorney at our Jersey City office.