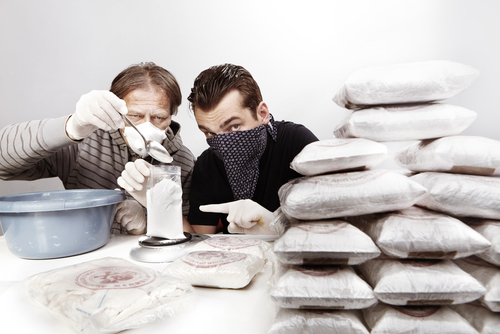 The use of heroin has become a pressing issue in New Jersey over the recent years. As a result, the State has initiated numerous task forces to combat the heroin epidemic and implemented harsher penalties for individuals who are caught manufacturing and selling heroin. Distribution of heroin is considered a felony, therefore a conviction of such a crime could result in mandatory incarceration, even for a first time offender.  You may also find yourself charged with additional penalties for the location in which the offense took place.  An example would be distribution of heroin within 1000 feet of a school zone or possession with intent to distribute within 500 feet of a public park or housing.  William A. Proetta and the criminal defense attorneys at our office deal with heroin possession and distribution cases on a regular basis and know what it takes to defend these tough cases. Knowing how the local justice system works can be a huge advantage that our firm can bring to the table for you in order to help to get the minimal punishment allowed by law.  Examples of these successful outcomes include admittance into programs such as Pre-Trial Intervention and Drug Court or even remanding the charge to municipal court for the possibility of lesser penalties.  Our office represents clients charged with intent to distribute heroin throughout New Jersey including Weehawken, West New York, Belleville, Bloomfield, Secaucus and Montclair. Contact our Jersey City office today to speak with a heroin distribution criminal lawyer at (201) 793-8018 absolutely free of charge.

a. [I]t shall be unlawful for any person knowingly or purposely:

b. Any person who violates subsection a. with respect to:

(1) Heroin, or its analog, in a quantity of five ounces or more including any adulterants or dilutants is guilty of a crime of the first degree. The defendant shall be sentenced to a term of imprisonment by the court. The term of imprisonment shall include the imposition of a minimum term which shall be fixed at, or between, one-third and one-half of the sentence imposed, during which the defendant shall be ineligible for parole. A fine of up to $500,000.00 may be imposed;

(2) A substance referred to in paragraph (1) of this subsection, in a quantity of one-half ounce or more but less than five ounces, including any adulterants or dilutants is guilty of a crime of the second degree;

(3) A substance referred to in paragraph (1) of this subsection in a quantity less than one-half ounce including any adulterants or dilutants is guilty of a crime of the third degree, and a fine of up to $75,000.00 may be imposed.

Defense Lawyer for Distribution of Heroin in Bayonne

Heroin distribution cases are often very complicated and riddled with pitfalls such as the application of Brimage Guidelines for certain offenders. Moreover, suppression issues are especially common in drug cases such as the law enforcement not having probable cause to make a stop or arrest, an illegal search or even the mishandling of evidence. At Proetta & Oliver we know how to handle heroin and drug distribution charges. Our lawyers are dedicated to criminal and municipal court defense for clients including heroin possession throughout New Jersey such as Union City, North Bergen, Kearny, Jersey City, Harrison and Hoboken. If you would like to discuss your criminal charges with an experience heroin distribution lawyer then contact our Jersey City at (201) 793-8018 for a free initial consultation today.