What is a Restraining Order? 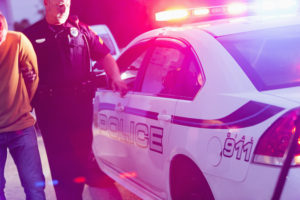 In New Jersey, often times an alleged criminal act of domestic violence such as Simple Assault, Harassment or Terroristic Threats can result in a Final Restraining Order “FRO” hearing. A restraining order hearing will ultimately take place before a Superior Court Judge in the county where the alleged acts were committed. Although, by its nature, a FRO trial is a civil proceeding, it can have serious and long lasting affects which can include impacting your freedoms and future employment. For instance, if the judge decides that a Final Restraining Order is warranted then any subsequent Violation of a Final Restraining Order would be a criminal charge where jail time becomes mandatory after the first offense. That is why it is always best to challenge the plaintiff’s claims against you and avoid a finding for a final restraining order. At Proetta & Oliver we represent clients against with final restraining orders throughout New Jersey including Jersey City, Secaucus, Bloomfield, Hoboken, Montclair, Weehawken, North Bergen, West New York, Kearny, and Bayonne. To learn more about how we can help you, contact our office at (201) 793-8018 to speak with an experienced Domestic Violence Lawyer.

How To Get A Final Restraining Order

It is also important to understand that if you are arrested for a criminal charge such as Simple Assault and issued a restraining order, that these charges will be handled separately. Even though the proceedings are separated, the outcome of one case can sometimes affect how the other case proceeds. However testimony from one case normally cannot be introduced in the other case, except for purposes of cross examination. These types of proceedings are equivalent to a bench trial and can usually get very complicated very quickly – which can be overwhelming for someone who lacks experience. During a final restraining order hearing in New Jersey, the plaintiff has the burden of proving their case by a preponderance of the evidence, often by showing that the alleged act of domestic violence took place, there is a prior history of domestic violence, and the plaintiff needs the restraints to protect herself or himself. All rules of evidence apply including direct examination, cross examination and hearsay. Moreover, the parties will have to present evidence for injunctive relief that they seek such as spousal or child support, custody or visitation, and the need for substance testing or counseling.

What Evidence can be used at a Final Restraining Order Hearing?

The standard of proof in a restraining order case is known as a “preponderance of the evidence,” which essentially means it is more likely than not that the plaintiff’s assertions are true. This standard is significantly lower than the “proof beyond a reasonable doubt” required in a criminal case. However, it still requires the person seeking a final restraining order to effectively support their case with compelling evidence. In order to successfully demonstrate that an act of domestic violence occurred, a history of domestic violence exists between the parties, and the plaintiff requires a protective order to ensure their safety, the plaintiff may present physical and testimonial evidence as long as said evidence complies with the rules governing evidence.

Some of the types of evidence that may be used during a restraining order trial include medical records, photographs, voicemails, text messages, social media posts on Twitter or Facebook, social media messages through Instagram and other platforms, e-mails, letters, and other forms of documentation. In addition to tangible items that may be admitted into evidence as exhibits, the plaintiff is entitled to give testimony and to call any witnesses who may testify as to the occurrence of domestic violence. Common witnesses called in final restraining order trials include police officers who responded to the scene after a domestic violence incident, family members, and friends who may have been present. Keep in mind that both the defendant and the plaintiff, as well as any witnesses called, must submit to direct examination and cross-examination. This provides both sides with the opportunity to call into question any statements made by the opposing party or third-party witness, with the potential to erode their credibility.

The entire process normally moves very quickly because a Temporary Restraining Order is considered “emergent” relief. For instance, a FRO Hearing will normally be set to go before a Superior Court Judge within 10 days of the date of the Temporary Restraining Order is entered.  If a Final Restraining Order is entered against you, then you will be fingerprinted so the order can be registered in the state as well as the national domestic violence database. Thereafter, additional consequences of a FRO include forfeiture of the defendant’s weapons and firearms. Moreover, once a FRO is entered it is on your record permanently and will never go away unless you petition the court in the future for a motion to Dismiss the Restraining Order and are successful at vacating the order.

The highly complex nature of restraining order proceedings in New Jersey requires a depth of knowledge and experience in order to successfully navigate the process and obtain the outcome you are seeking. With this in mind, there is significant risk associated with attempting to handle a final restraining order hearing on your own. With the help of the skilled domestic violence attorneys at Proetta & Oliver, you can assemble and present the most compelling case at your FRO hearing and best protect yourself. For additional information, call us today at (201) 793-8018 or fill out an online form to arrange an appointment at our local office in Jersey City.