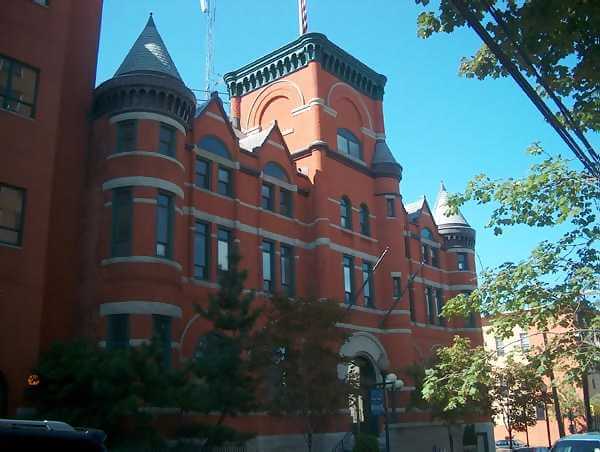 Union City, New Jersey has one of the busiest police departments in Hudson County and writes several thousand tickets each year primarily due to the amount of traffic which travels thru because of its close proximity to New York City. If you have been charged with a criminal complaint or serious motor vehicle violation such as harassment, shoplifting, simple assault, disorderly conduct, DWI, or possession of marijuana you are facing serious penalties that includes loss of your driver’s license, county jail and thousands in fines. Proetta & Oliver is a Hudson County law firm with a proven record of success and has the experience necessary to successfully represent you against your charges by providing thorough, aggressive defense tactics coupled with strong negotiating skills. We will pinpoint any weaknesses in the State’s case against you and create leverage to negotiate with the prosecutor to get you the best outcome available under the law. We are typically able to get our clients charges downgraded and amended to less serious offenses or even dismissed entirely. Contact our office in Jersey City today to schedule a free initial consultation at (201) 793-8018.

The Union City Municipal Court is located at 3715 Palisade Avenue, Union City, NJ 07087. The court maintains regular business hours for payments and questions Monday thru Friday from 9:00 a.m. to 3:30 p.m. Judge Lilia A. Munoz oversees all municipal matters before the court. Union City Municipal Court is a court of limited jurisdiction and therefore only hears cases such as disorderly persons offenses, traffic violations, and municipal ordinances that arise out of the city. If you have any questions regarding an upcoming court appearance or a request for adjournment then you can contact the court at (201) 392-3663 and speak with the court administrator Luisa F. Del Nodal. The court can also be reached via facsimile at (201) 392-3663.

If you do not get the charges dismissed, get the charge downgraded to a lesser offense and plead guilty, or enter a program like conditional discharge, your case will proceed to trial before the presiding judge. There is no jury in municipal court, so the judge is the sole trier of the fact. At trial, the prosecution will present their case, then the defense will have an opportunity to refute the prosecution’s case. After hearing testimony and arguments, the municipal court judge will issue a ruling and find the defendant either “guilty” or “not guilty.” If the judge finds the defendant guilty, or if the defendant pleads guilty prior to a ruling, then the judge will also impose penalties during the sentencing phase. The judge may be limited to a range of possible sentences based on the applicable statute. Generally speaking, the possible penalties for a municipal court conviction are determined by the classification of the charge against you.

Union City has a fairly busy municipal court which is a result of its high density population and the major highways that run through and around the small city. Union City is a city in Hudson County, New Jersey with total population of 66,455 in only 1.28 square miles. Union City is one of the municipalities that comprises North Hudson which is part of the New York metropolitan area. The city sits atop the ridge of the lower Hudson Palisades, one of the highest points in the county, which gives many spectacular views of the New York City skyline, and the New Jersey Meadowlands. The city is bisected by New Jersey Route 495, which thousands of motorists travel every day to and from Manhattan via the Lincoln Tunnel. If you would like to learn more about Union City please visit their website at  http://www.ucnj.com/

There is no doubt that you need an experienced law firm on your side to protect your rights and interests. Proetta & Oliver is dedicated to the defense of criminal and serious motor vehicle charges for our clients throughout New Jersey. We represent clients charged with Driving While Suspended, DUI, Driving With No Insurance, and Leaving the Scene of an Accident in Union City. Our lawyers will aggressively defend your case by challenging the state’s proofs against you and working with the prosecution toward a downgrade or even a dismissal altogether. Contact our Jersey City office today to speak with an experienced Union City criminal defense attorney at (201) 793-8018.