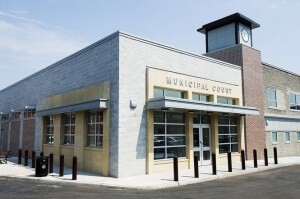 If you have been charged with a crime in North Bergen, New Jersey, it is reasonable for you to be curious about the legal process, confused about what happens next, and worried about what might be in store for you. Whether you were placed under arrest or merely received a summons listing a future court date, the fact remains that you now face criminal charges that could have very significant consequences. To ensure that you are in the best possible position to get the charges dismissed or substantially reduced to lessen the penalties you face, it is important that you hire an experienced law firm with a track record of success. Proetta & Oliver is committed to the representation and defense of clients for criminal, DWI, and traffic charges. As founding attorney, Will Proetta has handled innumerable criminal and municipal court cases throughout his career. We represent clients charged with Disorderly Conduct, Simple Assault, Heroin Possession, Resisting Arrest, and Shoplifting in North Bergen. Our firm is well experienced at pinpointing weaknesses in the State’s case and working with the prosecutor to come to a satisfactory resolution of your charges. If you are interested in speaking with a North Bergen criminal lawyer then contact our Hudson County Office for a free initial consultation at (201) 793-8018.

The North Bergen Municipal Court is located at 4233 Kennedy Blvd., North Bergen, NJ07094. The municipal court accommodates the community by offering regular business hours Monday thru Friday from 9 a.m. to 3:30 p.m. and even 5 p.m. to 8 p.m. on Monday and Tuesday for people looking to pay tickets or post bails. If you have any questions regarding your upcoming court appearance or want to request an adjournment you can contact the North Bergen Municipal Court at 201 392-2088 and speak with the court administrator Heather D. Luzzi-Miller. You can also contact court by fax at (201) 330-7299. Judge Nino F. Falcone hears all municipal court matters including disorderly persons offenses, municipal ordinances, traffic violations, and petty disorderly persons offenses. Typical charges that the municipal court handles are theft, disorderly conduct, possession of drug paraphernalia, simple assault, harassment, and criminal mischief.

What Punishments You may Face for North Bergen Criminal Charges

There are a few other distinct disadvantages as well. These penalties may include fines, suspension of your driver’s license, community service, probation, and more.

Notably, indictable criminal offenses are the more serious offenses addressed by the New Jersey criminal code and thus, are handled in the Hudson County Superior Court. Some of the leading examples of indictable crimes include Aggravated Assault, Robbery, Drug Distribution, Unlawful Possession of a Weapon, Kidnapping, and Sexual Assault. The particular penalties in felony cases are based on the nature of the charge itself and its associated degree. Specifically, fourth degree, third degree, second degree, and first degree crimes carry distinct consequences, with first degree indictable offenses being the worst of all. Regardless of whether you have been charged with a disorderly persons or indictable offense in North Bergen, these cases can be handled successfully by lawyers who concentrate on criminal defense as their primary practice. That’s what we do at Proetta & Oliver.

North Bergen is a township in Hudson County, New Jersey about five square miles in size and a population of over 60,000 residents. After undergoing various divisions over the years the township is now shaped like an inverted “L”. Similar to other neighboring North Hudson communities, North Bergen sits atop the Hudson Palisades, and has a high population density and largely Hispanic population. North Bergen has a fairly busy municipal court because of its large population and the many highways that cut thru the township and travel around it including Route 495 to the Lincoln Tunnel, and the New Jersey Turnpike with interchanges for Route 3 and U.S. Route 1/9, which runs north-south on the western edge side of town. If you would like to more information about North Bergen then visit the township’s website at http://www.northbergen.org/.

If you or a loved one is facing criminal or serious motor vehicle charges in North Bergen you need the experience of a lawyer who knows the court system. We represent clients charged with Driving While Suspended, DWI, Driving Without Insurance, and Leaving the Scene of an Accident in North Bergen and throughout Hudson County, New Jersey. The state prosecutes these charges very vigorously and you do not want to be on the losing side at the end of the day. Protect your rights and contact a North Bergen defense lawyer who will keep you in the loop throughout your case by calling us at (201) 793-8018 and remember our initial consultation is always free.