Arrested For Shoplifting in Kearny? 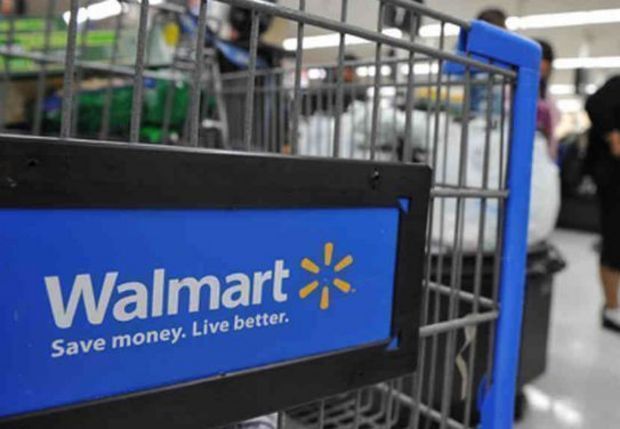 Kearny has a very busy municipal court and one of the most common charges we often see are shoplifting crimes. This is because Kearny is home to several large stores including Walmart, Marshalls, ShopRite, Kmart and BJ’s Wholesale. The Loss Prevention Officers (security guards) are well trained and know what kind of suspicious activity to look for. They will normally monitor a suspect’s activities by video and on-floor surveillance. This normally means that they will have strong proofs and evidence against anyone arrested for shoplifting. In turn, this leads people to feel like they do not have any basis to contest the charges against them or that it will be nearly impossible to beat the case. However, this is far from true – in fact our criminal attorneys are often able to secure a dismissal, downgrade, or admittance into a diversion program for our clients so that the charges do not result in a conviction and permanent criminal record.

Walmart – The Kearny Walmart is located 150 Harrison Ave. There is no other way to describe this Walmart other than “huge”. In fact it is considered a SuperCenter based on its sheer size. People come from all around to shop at the Walmart which includes a deli, garden center, pharmacy, photo center, and glasses shop. This also makes it probably the most shoplifted store in the town.

BJ’s Wholesale – The Kearny BJ’s is located at 180 Passaic Ave and is home to a bakery, Dunkin Donuts and BJ’s optical. BJ’s tries to cut down on would-be shoplifters by requiring shoppers sign up for a membership to purchase products. This giant retail chain attracts large crowds because it offers bulk groceries, electronics and household goods at wholesale prices. These stores are designed to be huge to house the large crowds and extra large products in a warehouse-like space.

ShopRite – The Kearny ShopRite is located down by the river at 100 Passaic Ave. ShopRite has established its dominance as the most popular grocery store in New Jersey in recent years because of its great prices and wide variety of products. However, this has also led to a stark increase in shoplifting incidents recently. In order to deter shoplifters, ShopRite has begun to implement a no tolerance policy. And once you have been charged, the store representatives will normally not agree to downgrade the charges.

Kmart – The Kearny Kmart carries housewares, electronics, and clothing and is located at 200 Passaic Ave across the street from Kearny Commons. Kmart is situated in a major shopping area surrounded by Carter’s, Marshalls, and Dollar Tree. Although Kmart is not as popular as it once was, this large department store is still a strong target for shoplifters and the loss prevention officers are constantly on the look-out for suspicious activity.

What To Expect With Kearny Shoplifting Charges

Shoplifting is a specific type of Theft Crime, and like all other theft crimes, the gradation (degree) depends on the amount of merchandise that was allegedly taken. For instance, any amount under $200 is considered a disorderly persons offense and the case will be handled in Kearny Municipal Court. If the merchandise is worth more than $200 then the charges will be upgraded to an indictable crime and sent to Hudson County Superior Court. Almost all indictable crimes in Hudson County are first sent to Central Judicial Processing “CJP” where the Hudson County Prosecutor’s Office will screen the cases. Often times, depending on the merchandise and circumstances, our attorneys are able to secure a downgrade of the charges so they are remanded to municipal court. Once in municipal court, these charges can often be dismissed or downgraded to a municipal ordinance which does not result in a criminal record. In the alternative, if the case stays in Hudson County Superior Court as an indictable crime we will challenge the State’s case against you and work with the county prosecutor’s office toward a resolution that results in probation or admittance into Pre-Trial Intervention so the charges are dismissed upon completion. If you or your loved one has been charged with shoplifting in Kearny, New Jersey feel free to contact our office today at (201) 793-8018 for free consultation with an experienced criminal attorney who can answer your questions and address your concerns.

What is the Punishment for Shoplifting?

Will I Go To Jail For Shoplifting?

Well it depends – normally there is a presumption against jail time or state prison for a first time offender. However, if you have been charged with felony shoplifting, you lose that presumption in Superior Court if you have a prior record. Moreover, you could face a term of incarceration as a repeat shoplifter even in municipal court where the alleged merchandise that was taken is only worth a few dollars. This is because a third offense shoplifting carries a mandatory period of incarceration of at least 90 days in the county jail. These types of cases involving multiple prior shoplifting convictions can be very complicated to handle and defendants will often benefit from the representation of an experienced criminal defense lawyer.