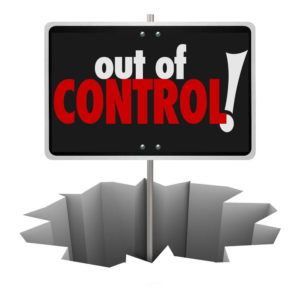 Whether you’re traveling to a sporting event nearby or stopping off for a drink along NJ Route 50, Route 1, Route 9, Interstate 280, or the Belleville Turnpike, it can be shocking and altogether inconvenient to be accused of disorderly conduct in Kearny NJ. What seems like a disagreement between two or more people could get escalated to the level of a disorderly conduct charge if it allegedly triggers behavior that recklessly generates a risk of public alarm, annoyance, or inconvenience. Being accused of violent behavior, fighting, or making threats can all be included as evidence that someone was engaged in disorderly conduct, even if you think the situation was just blown out of proportion. When you are unfortunately dealing with a disorderly conduct charge in Kearny, you should know what to expect from the court process, the potential outcomes that could result in your case, and speak with an experienced lawyer who knows how to successfully resolve a disorderly conduct case in Kearny Municipal Court. Contact us at (201) 793-8018 to speak with a knowledgeable criminal defense attorney at Proetta & Oliver free of charge. A member of our team is always available to assist you.

Located in Hudson County, NJ, Kearny is home to just over 40,000 people. The aggressive policing in the town is just one of the many reasons why people end up arrested and charged with criminal offenses like disorderly conduct in Kearny on a regular basis. The court process can be overwhelming and confusing for people who are unfamiliar with the criminal justice system in New Jersey and may not understand what it means to face disorderly conduct in Kearny NJ.

Disorderly conduct is intended to be broad in interpretation. This offense is defined under statute N.J.S.A. 2C: 33-2, which considers disorderly conduct to include engagement in threatening and fighting, offensive language, or creating a physically dangerous or hazardous condition which serves no legitimate purpose. Notably, disorderly conduct must occur in public to actually constitute a violation of the law. “Public” includes conduct that occurs and is likely to affect or actually affects people in an area that the public or a large group has access to. This includes prisons, apartment houses, transport facilities, highways, neighborhoods, or any place of amusement or business.

Both a municipal ordinance violation and a summons for a disorderly persons offense could lead to a visit to the local Municipal Court in Kearny, but before heading to court, you should understand what happens in municipal court cases in NJ.

Going to Court in Kearny for a Disorderly Conduct Offense

There are specific procedures and steps that apply once a person is charged with disorderly conduct. If you have already been accused of this petty disorderly persons offense, you’ll need to visit Kearny Municipal Court, located at 404 Kearny Avenue, 3rd Fl., Kearny, NJ 07032.

If you are facing a disorderly conduct charge in Kearny, your criminal defense attorney may be able to secure a charge reduction through negotiation with the prosecution. Essentially, the charge could be downgraded to the level of an ordinance violation. A borough ordinance violation leads to no criminal record and a fine, similar to paying a ticket. Essentially a charge downgrading takes away some of the harsher penalties and can protect you from the damage that can come from having a criminal record. This is one of the options that can be used to handle a disorderly conduct case and there are also various defenses that can be used to get disorderly conduct dismissed altogether.

When or a loved one is facing a disorderly conduct charge in Kearny, New Jersey, it is always worth a consultation a local Kearny criminal defense attorney to discuss your rights and options. The lawyers at Proetta & Oliver have years of experience handling these cases and we are here to help you. Call (201) 793-8018 for a free consultation today.