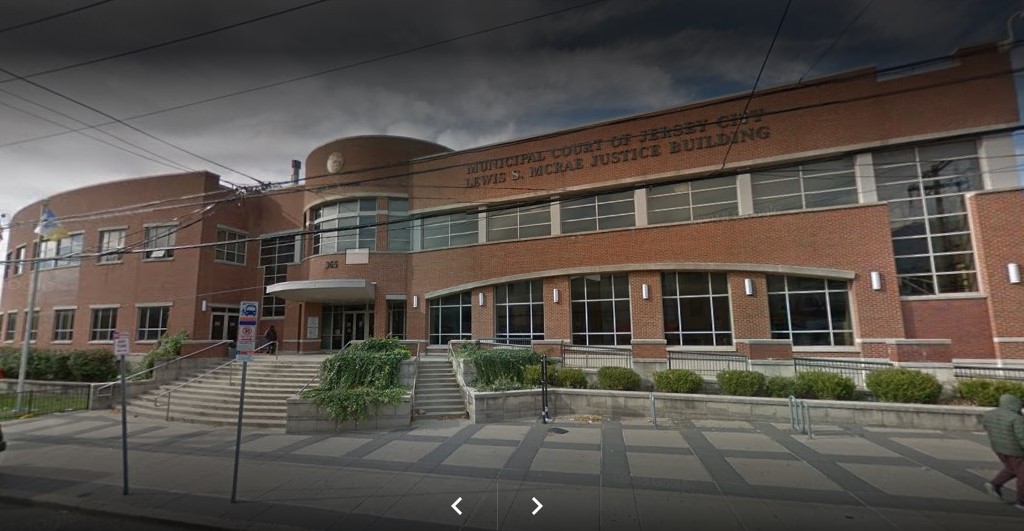 Jersey City has one of the busiest municipal courts in the entire state, which should be no surprise because it is the second biggest city in New Jersey, just behind Newark. Proetta & Oliver is a Hudson County law firm that represents clients for criminal, DWI, and traffic charges including drug possession, shoplifting, criminal mischief, simple assault, harassment, and disorderly conduct. We will pick apart the State’s evidence and force them to meet their burden of proof to create leverage which can result in getting your charges substantially downgraded or dismissed altogether. If you have been arrested with a serious charge in Jersey City you need a serious criminal defense lawyer. Founding attorney, William A. Proetta, Esq. has successfully handled well over one thousand criminal and motor vehicle charges during his career. Call us today at our Jersey City office at (201) 793-8018 for a free initial consultation.

The Jersey City Municipal is located at the Lewis S. McRae Justice Complex, 365 Summit Ave, Jersey City, NJ07306. The court maintains regular office hours Monday thru Thursday from 8:30 a.m. to 9:00 p.m. and on Friday from 8:00 a.m. to 3 p.m. Jersey City Municipal Court is one of the busiest municipal courts in the State of New Jersey and is charged with the responsibility for hearing motor vehicle traffic violations, disorderly and petty disorderly criminal offenses, municipal ordinance violations, certain penalty enforcement codes, health code violations, weights and measures, and all other proceedings within the territorial jurisdiction of the municipality. Some serious criminal cases, such as robbery, auto theft, or assault, may start out as complaints filed in Jersey City Municipal Court but will be transferred to the Hudson County Superior Court located at the county courthouse. The Jersey City Municipal Court is headed by Chief Judge Nesle A. Rodriguez. The municipal court’s telephone number is (201) 209-6700 but they recommend sending all adjournment requests via email at adjourn@jcnj.org and paying all non-mandatory appearance tickets online at NJMCdirect.

Jersey City is the seat of Hudson County, New Jersey and has population of roughly 250,000 residents making it the second largest city in the state. Jersey City sees a huge influx of traffic everyday from the Holland Tunnel, New Jersey Turnpike Extension, Interstate 78, Pulaski Skyway, U.S. Rt. 1 & 9, Rt. 139, and Rt. 440. It should be no surprise that Jersey City is part of the New York Metropolitan Area because it sits directly across from Lower Manhattan between the Hudson River and Upper New York Bay. The city serves as a major port of entry, with a total of 11 miles of waterfront and significant rail connections which serve as a distribution and manufacturing center for the Port of New York and New   Jersey. Service industries have played a prominent role in the redevelopment of its waterfront and the creation of one of the nation’s largest downtowns. If you would like to learn more about jersey city then please visit their website at http://www.cityofjerseycity.com/

If you have been charged with a serious motor vehicle violation such as Driving While Suspended, Leaving the Scene of an Accident, DWI, or Driving Without Insurance in Jersey City then you are facing serious penalties which include loss of driver’s license, thousands in fines, and even county jail. This is why it is so important to retain an experienced Jersey City defense lawyer who knows the court system. William A. Proetta, Esq. has a proven track record of success and prides himself on helping his clients. Our law firm offers a unique combination of negotiation skills and aggressive litigation tactics. If you are interested in learning more about how we can help you in your particular case give us a call at (201) 793-8018.