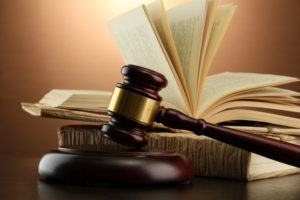 New Jersey classifies criminal charges into various grades or degrees, some of the most severe crimes of which are classified as second degree crimes. Being arrested for a second degree crime in Hoboken, a busy city in Hudson County, means you are now at risk of a felony conviction of your criminal record and up to 10 years in state prison. These crimes often involve violence such as aggravated assault and sex crimes such as sexual assault. Charges for robbery and unlawful possession of a weapon are also a common reason for arrests for second degree crimes in Hoboken and other cities in New Jersey. The serious penalties for second degree crimes underscore the need for an experienced criminal defense lawyer on your side who can help you navigate the legal process ahead and defend your innocence. If you have been charged with a second degree crime in Hoboken, our local criminal attorneys are dedicated to protecting your rights and challenging the case against you. Contact us today at (201) 793-8018 for more information. A member of our team is available around the clock to provide you with a free consultation.

What is a Second Degree Crime in Hoboken NJ?

People are often charged with second degree crimes in Hoboken for aggravated assault, sexual assault, burglary involving a weapon, arson, endangering the welfare of a child, drug distribution, robbery, and illegal gun possession. Second degree crimes are some of the most significant criminal matters that arise Hoboken or anywhere else in the state, and any defendant facing these charges should have knowledgeable legal counsel.

What is the Sentence for a Sentence Degree Criminal Charge in Hoboken, New Jersey?

If you are convicted of a second degree crime, you will likely face a lengthy prison sentence. These sentences may run from 5 years to 10 years. You may be subject to New Jersey’s No Early Release Act, which states that you must serve a full 85% of this lengthy prison term before you are eligible for parole. In addition to this severe prison term, you may also be fined up to $150,000. If that were not enough, you can actually be fined up to $300,000 for certain drug offenses. You will also have a serious indictable offense on your criminal record, which can affect your employment and other prospects following your release from prison.

If you are charged with a second-degree crime in New Jersey, you also face what is called the presumption of incarceration. This means that the law presumes you should go to prison unless you can meet a showing that you should be allowed to avoid prison. This is a heavy burden. Given the presumption of incarceration and the harsh No Early Release Act, you are facing severe consequences for even the lowest available sentence for a second degree crime.

Arrested in Hoboken for a 2nd Degree Crime, What Court Handles the Case?

Essentially, when a person is charged with a second degree crime, their case must be prosecuted by the county prosecutor’s office in the superior court in the county where the alleged crime occurred. So if you have been arrested for second degree crime in Hoboken, your case will not be handled in a lower-level municipal court, but instead sent to Hudson County Superior Court. By contrast, lower level offenses like traffic offenses, municipal ordinance violations, petty disorderly persons offenses, and disorderly persons offenses, are all heard in municipal court.

Charges for a 2nd degree crime in Hoboken should not be taken lightly. The severity of the consequences underscores the importance of having a proactive defense lawyer who can advocate for you at the earliest possible stage of your case. We have been aggressively advocating for people facing second degree and other indictable charges in Hoboken and Hudson County for many years. To discuss your case with a local defense attorney who can help now, call (201) 793-8018 or contact us online to arrange an appointment free of charge.