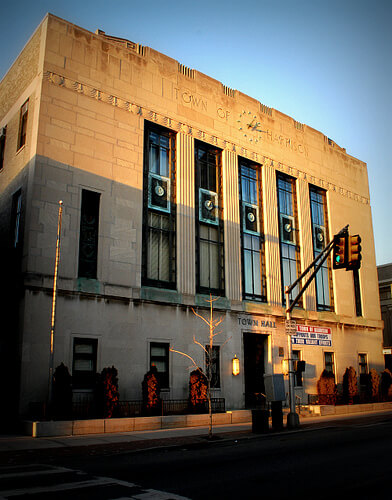 Harrison has a busy municipal court considering how small the actual town is which is mostly attributable to the surrounding urban areas and the major highways that pass through and around the town. If you have been charged or arrested for a criminal complaint or serious motor vehicle violation in Harrison, New Jersey it is important that you contact an experienced criminal lawyer with a proven record of success. Proetta & Oliver represents clients for criminal, DWI, and traffic charges including Disorderly Conduct, Simple Assault, Possession of Marijuana, and Driving While Suspended and Driving Without Insurance. We will analyze the weaknesses in the State’s case and negotiate with the municipal prosecutor for the best outcome allowable under the law, such as having your charges dismissed or downgraded. In the alternative, we will put forth an aggressive and thorough defense and put the State to its burden at trial. If you would like to discuss the details of your case with a Harrison criminal lawyer contact our Jersey City office at (201) 793-8018 for a free initial consultation.

The Harrison Municipal Court is located at 318 Harrison Ave, Harrison NJ, 07029. Court sessions are Monday and Wednesday mornings at 9:30 a.m. and Wednesday afternoons at 2:00 p.m. Special DWI sessions are scheduled as needed and mediations are held on Wednesday mornings at 10 a.m. The Harrison Municipal Court also maintains regular business hours Monday thru Friday from 9:00 a.m. to 4:30 p.m. The current judge of the Harrison Municipal Court is Elizabeth T. McNamara. The court administrator John A. Kohanski can be contacted at (973) 268-2453. The Harrison municipal court is a court of limited jurisdiction in New Jersey charged with having the responsibility for hearing motor vehicle violations, ordinances, and disorderly persons offenses (such as simple assault, harassment, and marijuana possession). The municipal court will normally only oversee cases that take place within its municipality. More serious offenses with occur in the municipality will be sent up to Hudson County Superior Court.

Harrison is one of the smaller towns in Hudson County, New Jersey when it comes to population, having only approximately 17,000 who call it home. However, because of Harrison’s close location to Newark and New York City it has been seeing a large amount of redevelopment and expansion especially around the PATH station and Red Bull Stadium. This is also why Harrison is home to many young professionals who work in the surrounding metropolitan area because of its PATH station which offers service to Newark, Jersey City, Hoboken and New York City. Moreover, Interstate 280 runs through town and leads to Route 21, the Garden State Parkway, and Interstate 80, Route 7 and the New Jersey Turnpike and can lead to additional motor vehicle stops and arrests by the State Police.

Harrison was named in honor of President William Henry Harrison in 1840, the same year that he was elected to the U.S. presidency. Portions of Harrison were later used to create what would become Lyndhurst, Kearny, and East Newark. Today, nearby municipalities include East Newark and Kearny in Hudson County, and Newark in Essex County. Harrison was once an industrial center with nearly 100,000 workers commuting there daily, and its motto still remains “The Beehive of Industry.” Today, however, the town has become more residential in nature, with a bustling metropolitan vibe that calls visitors, commuters, and new residents alike.

If you would like to learn more information about the town of Harrison then you can visit their website at http://www.townofharrison.com/

The biggest mistake you can do after getting charged with a disorderly persons offense or serious motor vehicle violation is not taking your situation seriously. If you have been charged with Harassment, Criminal Mischief, Theft or Leaving the Scene of an Accident you are facing serious penalties that include loss of your license, community service, probation and even jail time. You can learn more about the elements of the different crimes and traffic offenses and their potential penalties by visiting the specific pages on our website. Most people benefit from having an experienced criminal attorney working on their behalf to protect their rights and interests. To schedule an initial consultation with a criminal defense lawyer call our Jersey City Office at (201) 793-8018.