Will I be Allowed to Sell Weed in New Jersey? 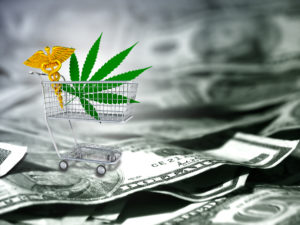 If you have been following the legislative developments likely pointing toward the eventual legalization of marijuana in New Jersey and feel an entrepreneurial itch to open a marijuana shop, you might want to tap your brakes a little bit. The legalization of marijuana for adult use and the sale of pot in New Jersey is far from final or imminent. Before you plan your grand opening, consider the following potential roadblocks and influences on your projected launch date. Being arrested for selling marijuana is still probable and highly likely, both now and if a legal marijuana bill is passed. If you need help defending against charges for selling weed in New Jersey, call our marijuana defense attorneys in Hudson County at (201) 793-8018 for immediate assistance and a free case evaluation.

What’s the Status of Marijuana in New Jersey?

In late November 2018, New Jersey took the first step toward legalizing the adult use of marijuana, as well as growing and selling it. State Senate and Assembly committees advanced the latest bill in a series of multiple versions proposed to decriminalize marijuana possession and create a taxable, commercial industry for the herb in the state of New Jersey.

When and if a bill legalizing marijuana is passed by the Legislature, it will then go to New Jersey Gov. Phil Murphy to sign. Gov. Murphy has expressed that he supports the decriminalization of marijuana in New Jersey, but we do not yet know his position on the latest bill that was just advanced by state Senate and Assembly committees. One area where there has been some disagreement is regarding how much marijuana should be taxed. If more negotiation is necessary to come to an agreement on the tax rate, that would delay the process. Once Governor Murphy signs a bill, it will then become law.

Can I Sell Pot if Marijuana Becomes Legal?

Even after all of the above legislative tasks are completed with regard to legalizing marijuana in New Jersey, it is still not yet time to open your shop doors. The state will need to form a committee to make rules about specific regulations relating to the marijuana industry called the Cannabis Regulatory Commission. The Commission will be responsible for multiple regulatory roles including promulgating rules, handling licensing applications, issuing licenses to growers and shop owners, and inspecting businesses for compliance with all laws and regulations. Furthermore, as is the case with adult film stores, strip clubs, and other businesses to which a portion of the population holds moral objections, local zoning laws are also likely to influence where you can open a shop to sell marijuana in New Jersey.

Each year, thousands of individuals in New Jersey are prosecuted for marijuana crimes. This fills up municipal court dockets and resources, as well as the resources of law enforcement and prosecutors’ offices statewide. A law to legalize marijuana in New Jersey would dramatically change this reality, but it would only apply to adults, not juveniles, and growing and selling pot would be very regulated.

If you have a marijuana case after being charged with a crime for possession, growing, or selling marijuana in New Jersey, our team of experienced marijuana lawyers at Proetta & Oliver are here to help you. Contact us today at (201) 793-8018 to discuss your individual circumstances with an attorney.

For additional information related to this matter, access the following resource: NJ Marijuana Legalization: 5 Hurdles Before Pot Is Sold In Stores