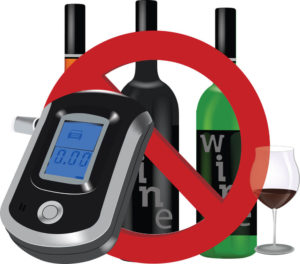 When a motorist is suspected of drunk driving in New Jersey, law enforcement will typically ask them to submit to a test which measures the driver’s blood alcohol concentration, or BAC. Police use a driver’s BAC to determine whether the driver is intoxicated. A person’s BAC is measured in volume of alcohol per liter of blood. If the driver’s BAC exceeds the legal limit, they will likely be arrested and charged with Driving While Intoxicated (DWI).

What does Blood Alcohol Concentration do to Driving?

Generally, alcohol has negative effects on most people operating vehicles. It dulls the driver’s senses, slows down the ability of the driver to react, and limits the driver’s ability to see clearly. The adverse effects of alcohol on the human body, and the impact that alcohol can have on one’s ability to drive, are why New Jersey imposes such severe penalties against anyone convicted of drunk driving. The penalties for a DWI offense in NJ may include an ignition interlock device, points on your driver’s license, license suspension, fines, community service, alcohol education classes, and possibly even imprisonment in the county jail.

New Jersey law explicitly prohibits drunk driving under N.J.S.A. 39:4-50. For most motorists, the legal limit for blood alcohol concentration (BAC) in New Jersey is .08 percent. Anyone who is caught operating a car, truck, or other motor vehicle while having a BAC of .08 percent or higher will face charges for Driving While Intoxicated (DWI). For certain types of drivers, the legal limit is significantly lower than the standard of .08 percent. This includes minors and commercial drivers.

If a driver under the age of 21 is caught with a BAC of .01 percent or higher, they will face underage DWI charges. The lower threshold of just 0.01% for people under the legal drinking age serves an important public policy goal: reducing the likelihood of young people becoming intoxicated and then getting behind the wheel. The thinking is that anyone under the age of 21 is not legally allowed to purchase alcohol in the first place, so they certainly should not be drinking and then driving. Additionally, since younger drivers – especially teen drivers – tend to be involved in auto accidents at a higher rate than adults, NJ legislators likely wanted to reduce the chances of dangerous driving incidents.

A similarly strict standard of .04 percent BAC applies to commercial vehicle drivers, as commercial truck drivers who have CDL licenses are subject to a different BAC threshold than other motorists. As set forth by N.J.S.A. 39:10-13, a CDL-licensed driver who is operating a commercial vehicle with a BAC of .04 percent or higher may be arrested for DWI. The penalties for a first offense include suspension of their CDL license for one year, an ignition interlock device, monetary fines, alcohol education classes, and possible jail time. For many commercial drivers, the most punitive measure in these cases is the loss of their CDL because it can make it difficult for the individual to earn a living. Moreover, the ability to continue working as a commercial truck driver becomes practically impossible if the person is convicted of a second DWI charge. NJ law imposes a lifetime CDL license revocation for a second CDL DWI offense.

The legal level of intoxication is lower for commercial drivers because New Jersey lawmakers recognized the inherent dangers posed by intoxicated individuals who are operating trucks and other large vehicles on roads and highways. This is a major reason that commercial drivers are often subject to heightened standards and stricter regulations when it comes to training, hours on the road, and vehicle maintenance.

How Does NJ Determine BAC?

While chemical blood tests are occasionally used by police in drunk driving cases, the state typically determines a person’s blood alcohol concentration with a breath test reading from a breathalyzer device. In New Jersey, the breathalyzer used by law enforcement is the Drager Alcotest. The data recorded by the Alcotest is then used by prosecutors in court to prove that the defendant was legally intoxicated while driving.

It is important to note that a person can be charged with DWI even if they do not register a BAC above the legal limit. Since even a small amount of alcohol can negatively affect a person’s ability to operate a motor vehicle, New Jersey law allows authorities to bring DWI charges against a driver when they show any signs of intoxication or driving under the influence of a controlled dangerous substance, even if their BAC is below the legal limit of .08 percent.

Beyond that, a person can also face DWI charges when they refuse to take a breath test. By law in New Jersey, prosecutors are allowed to use a police officer’s observations as proof of intoxication. For example, the officer may testify that the defendant had bloodshot eyes, a red face, slurred speech, and the odor of alcohol on their breath. Not only can these observations be used as evidence that the defendant was intoxicated, but the driver could face additional charges for Breath Test Refusal on top of the DWI charges.

Many people charged with Driving While Intoxicated in New Jersey wrongly believe that they have no choice but to plead guilty, especially when a breath or blood test indicates that they had a BAC above the legal limit. This is far from true, as it may be possible to raise legal challenges to the evidence of intoxication. When it comes to challenging the evidence of blood alcohol concentration in your DWI case, there could be a number of different options available. Of course, a lot will depend on the particular facts and circumstances, as well as the experience and competence of your legal counsel.

Before the trial, the prosecution is obligated to provide the defense with police reports, breathalyzer test results, and breath machine records. If there are any issues with the evidence, such as inconsistencies in the breathalyzer results, internal or operational errors with the testing device, a skilled attorney may be able to get your BAC evidence ruled inadmissible. It should never be assumed that the results of an Alcotest used by NJ law enforcement to measure BAC are accurate. In fact, these kinds of breath tests are often unreliable when used improperly by police. Some of the challenges to a breath test that may be raised by the defense include:

It might also be possible to challenge the BAC results in your DWI case by arguing that the breath test was administered after an illegal traffic stop. This type of challenge is known as “fruit of the poisonous tree.” If the evidence was obtained illegally, then it cannot be used against the defendant in court.

What to do Now? Talk to a Lawyer

Ultimately, it is advisable to have an experienced DWI defense lawyer conduct a comprehensive review of the blood alcohol concentration evidence and other facts of your case before deciding how best to proceed. If you would like to speak to a seasoned New Jersey DWI attorney today, contact our office. Free consultations are constantly available to you by calling (201) 793-8018.

Where did You get Arrested for Drunk Driving?