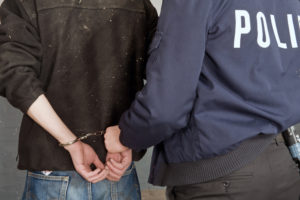 Police can conduct a warrantless search of your person and potentially your property if you are arrested for a crime in New Jersey. Such searches are permitted by a legal doctrine known as a “search incident to arrest.” Whether you are being arrested for a gun, drunk driving, drug possession, or another crime, you need to know why and when an officer can search you, your car, your house, or your other belongings. If you have been been arrested for cocaine possession, unlawful possession of a firearm, drug paraphernalia, possession of marijuana, prescriptions drugs, or another offense, it is critical to have an experienced criminal defense lawyer look into your case to determine if the search was permitted under NJ law.

Any search conducted in violation of your rights may lead to the exclusion of evidence in your case and the dismissal of your charges. Our local criminal lawyers in Hudson County have gotten countless charges dismissed in courts in Jersey City, Hoboken, Bayonne, Kearny, Union City, Harrison, Secaucus, North Bergen, Nutley, West Orange, Weehawken, Belleville, and surrounding areas. We are available 24/7 to talk to you about the search incident to your arrest and how we can help. For a free consultation about your specific criminal case, contact us now at (201) 793-8018.

What is a Search Incident to Arrest in New Jersey?

New Jersey law enforcement can search your person and the area around you “incident to” a valid arrest. In general, the Constitution protects you from unreasonable searches and seizures conducted without a search warrant. However, there are a number of exceptions to the Fourth Amendment’s bar against warrantless searches. A “search incident to arrest” is one such exception. Courts have stated that if an officer validly arrests you, that officer is permitted to search your person to find and remove any weapons or relevant evidence that you might use to escape or resist arrest. Courts have established that the need for safety justifies this kind of warrantless search.

An arresting officer is also allowed to seize any evidence on your person (in your pockets, etc.) that you might later destroy to avoid prosecution for a crime. Additionally, courts permit an arresting officer to search the area around you or under your immediate control. This generally refers to nearby locations that might contain a weapon or evidence that you could destroy. It can include the passenger compartment of a car before you have been removed and other similar locations.

What can they Search when Arresting Me in Kearny?

There are limits to the area that an officer can search incident to an arrest. Given the safety and destruction of evidence justifications for this exception to the warrant requirement, a search incident to arrest cannot extend to locked compartments, rooms of a building outside of the one where you are located at the time of your arrest, or other areas that you could not reasonably reach to locate a weapon or destroy evidence. This means that New Jersey police cannot rely on the “search incident to arrest” doctrine to search your vehicle after you have been removed from the vehicle and placed in a police car or handcuffed. At that point, you are unable to access weapons that may be in the vehicle or destroy drugs that may be inside.

Can I get out of a Union City Criminal Charge based on a Search?

In some cases, a skilled criminal defense attorney can get drug charges or other criminal charges dropped based on an illegal search. The limits of the search incident to arrest doctrine have been tested recently in New Jersey, and a concrete example can help drive home the limits of the doctrine. In a case titled State v. Eckel, New Jersey police officers pulled over a car that they suspected the driver had stolen. The officers approached the driver and told him that he was under arrest on an outstanding warrant, asked the him to step out of the car, cuffed him, and put him in the back of a patrol car, all within a couple of minutes. Officers then began looking around the vehicle after a passenger told them that the driver had left clothing in the car. They found marijuana and cocaine in the car, and the driver was prosecuted for drug charges.

After he was convicted on controlled dangerous substance charges, the defendant appealed, arguing that the officers should have obtained a warrant before searching the car. The New Jersey Supreme Court concluded that the search incident to arrest doctrine did not apply to the officers’ search of the vehicle because the defendant was cuffed in the back of a patrol car, and thus he could not destroy evidence in the car or obtain a weapon from it. The Court sent the case back to the trial court to determine if any other exception to the warrant requirement applied in that case. As you can see, the search incident to arrest doctrine can be a powerful tool for the state, but it can also be a powerful defense for warrantless searches.

Looking for a Lawyer after Being Searched when Arrested in Hoboken?

If you were arrested, searched, and now face criminal charges in Hudson County, contact our attorneys at (201) 793-8018 to discuss your situation. You can reach us anytime for answers to your questions.