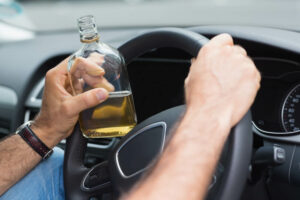 Found with an Open Container of Liquor or Another Alcoholic Beverage in NJ?

Although the days of Prohibition are long over and adults are allowed to enjoy alcoholic beverages in New Jersey and elsewhere, there are still laws that prevent people from having an open container of alcohol inside a motor vehicle. This applies to both the driver and any passengers inside the vehicle, and the general idea behind the law is that public safety is endangered by the presence of an open beer can, liquor bottle, or any other container of alcohol in close proximity to a motorist. Importantly, the penalties for open container violations in New Jersey are severe, especially when they accompany a charge for Driving While Intoxicated (DWI). That’s one reason it is so important to speak with an experienced NJ DWI attorney if you’ve been cited for violating the state’s open container law – NJSA 39:4-51b.

The New Jersey open container law is codified in N.J.S.A. 39:4-51b of the state’s motor vehicle laws and regulations. As set forth by the statute, it is against the law for anyone occupying a motor vehicle to possess an open or unsealed container of alcohol, whether that person is the driver of the vehicle or merely a passenger. For the purposes of the law, alcohol is defined as any fluid with an alcohol content greater than 0.5% as measured by volume. Also, it might be surprising to learn that the NJ open container law doesn’t just apply to motorists who are driving their car or truck on a public highway or road. In fact, even a person sitting inside a car parked on the side of the road, or in a parking lot, can be charged with an open container violation.

How to Legally Transport Alcohol in a Car in NJ

The best way to avoid being cited for an open container violation is to understand how to legally transport alcohol in a vehicle in New Jersey. These are some of the legal methods for moving, possessing, or otherwise carrying alcohol in your car, truck, or other motor vehicle:

Additionally, there are certain exceptions to the limitation on possessing alcohol inside a motor vehicle. For instance, the law allows passengers in a limo or charter bus to have, and drink, alcohol. Similarly, it is not a violation of the law if there is an open container of alcohol in the kitchen or living quarters of a mobile home.

Open container violations are classified as traffic offenses because, by definition, they occur inside a motor vehicle. As a result, a person who is cited for violating New Jersey’s open container law is not likely to be arrested for that charge alone; instead, they are typically issued a ticket and given a summons to appear in court at a later date. These cases are handled in the Municipal Court located in the town or city where the offense allegedly occurred, and you should expect to show up to court on your scheduled date for a bench trial in front of the Municipal Court judge. There are no jury trials for traffic offenses in NJ, unless they occur in conjunction with indictable criminal charges like assault by auto, which are transferred to the Superior Court. If you are found guilty on the charges, or if you reach a deal with the local prosecutor and plead guilty, there are certain penalties that the judge can impose. These penalties are determined by whether you have any prior offenses. Basically, the consequences for open container violations include:

DWI Charges while Driving with an Open Container in NJ

The direct consequences of an open container violation pale in comparison to the indirect consequences because an open container violation often accompanies a DWI charge. If you are convicted of Driving While Intoxicated in New Jersey, it’s very possible that you will face jail time, suspension of your driver’s license, and other harsh penalties. Although most drunk driving offenses involve a motorist being pulled over by police and then given field sobriety tests, along with a breath test with the Alcotest breathalyzer device, the reality is that you can be arrested for a DWI offense in NJ even if you don’t fail a breathalyzer. The breath test evaluates a driver’s Blood Alcohol Concentration (BAC), which is considered above the legal limit if it meets or exceeds 0.08%. And yet, a driver’s BAC may not be necessary to prove a DWI case because in some cases, other evidence and the police officer’s observations may be sufficient to establish probable cause that you were operating the vehicle while intoxicated.

This is precisely why open container violations and DWI violations are commonly charged together. The presence of an open container of alcohol in the vehicle can be used as evidence against you in your DWI case. For example, if any amount of alcohol appears to have been removed from the liquor bottle, there will be a presumption that the driver drank the missing liquor. In fact, even if the bottle is completely empty, this may be used as evidence that the defendant was driving under the influence of alcohol. When combined with other observations of the police officer, such as detecting alcohol on the driver’s breath, it could lead to charges for a DWI.

If you have been charged with a DUI for driving while intoxicated and you had an open container of alcohol in the vehicle at the time of your arrest, it is all the more essential that you have an experienced lawyer defending your DWI case and open container offense. Even an open container law violation in the absence of a DWI charge can be impactful and detrimental to your driving record, your finances, and more. Get in touch with the criminal and DWI defense attorneys at Proetta & Oliver for help fighting your open container case and any other alcohol-related offenses you may face. We often defend clients charged with serious crimes and motor vehicle offenses involving car accidents, as well as DWI accidents, eluding charges, and vehicular homicide in Hudson County and throughout New Jersey. To connect with an attorney now regarding your particular matter, contact our office in Jersey City at (201) 793-8018 for a free consultation.