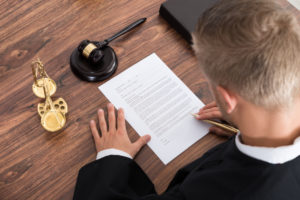 Governor Phil Murphy signed a significant overhaul to DWI penalties that will apply to those convicted of DUI throughout New Jersey. This article explores how the new bill updates punishments for first DUI offenses, including its effect on driver’s license suspensions, mandatory installation of ignition interlock devices, and its projected impact on both DWI offenders and the number of DUI offenses committed annually. If you or a loved one is currently facing DWI charges in New Jersey, call (201) 793-8018 to discuss your case with an experienced DUI defense attorney at our firm, located in Jersey City, NJ. You can also contact us online for a free consultation.

How did NJ Update DWI Punishments for 1st Offenses?

The new DWI law signed by Governor Murphy on August 23 significantly alters the penalties applicable to first-time DWI offenders. Under the law prior to August 23, first-time DWI offenders would lose their driver’s licenses for a minimum of three months if they were convicted for driving with a relatively low blood alcohol level, and for months longer at higher blood alcohol levels. Under the new law, the length of driver’s license suspensions are reduced dramatically for first time offenders, but they are required to install an ignition interlock device on their vehicles. When an ignition interlock device is installed in your car, you have to blow into it for a blood alcohol concentration (BAC) test before the car will start. If you blow below the required limit into your ignition interlock device breathalyzer, you will be able to drive. Conversely, your vehicle will not start if you do not blow below the required amount.

What are the Consequences of a First DUI Charge in NJ?

According to the old law, only first-time offenders who blew over a .15 BAC would be required install an ignition interlock device, but virtually all first-time DWI convictions would result in months of driver’s license suspension upon conviction. As Governor Murphy noted when he signed the new law on August 23, these driver’s license suspensions would often prevent you from getting to work if you had a DWI conviction. People would often just drive on a suspended license in that situation, rather than find themselves out of work. In the new law, first-time offenders can avoid losing or regain their licenses much more quickly than under the old law and continue on with their lives. On the other hand, people convicted of driving under the influence are exposed to the installation of an ignition interlock device at much lower recorded BAC’s, even for a first time-offense.

There are other consequences of a 1st DWI conviction that also apply to these cases today and moving forward. For instance, you face a fine of up to $500, 30 days of community service, up to a month in jail, and mandatory attendance at a state-run Intoxicated Driver Resource Center (IDRC)  for between 12 and 48 hours. These penalties vary depending on your blood alcohol content, as do those explained above. You are also facing years of insurance rate hikes after any conviction for DUI charges, plus court costs and fees.

New Jersey Changed its DUI Law for What?

Helen Witty, an officer of the prominent anti-DWI organization Mothers Against Drunk Driving, has called this penalty change the most significant DWI reform in New Jersey in the last ten years. Former prosecutors have told news outlets that ignition interlock devices are the best way to keep DWI offenders from committing another offense and endangering other drivers. These groups hope that New Jersey’s new law will significantly reduce the scores of drunk driving fatalities that occur in the state each year. They estimate that ignition interlock device stop over 13,000 drunk driving incidents annually. The new law is designed to stop even more.

Arrested for DWI in NJ, What can I do?

When you find yourself wondering what to do after a DUI arrest in New Jersey, the first thing you should consider is how best to handle your case. The seriousness of the many punishments for DWI can weigh heavily on your mind, which is why you need knowledgeable legal counsel. Contact us anytime, day or night, for a free consultation about your DWI case. Our attorneys have extensive training and experience when it comes to DUI defense, and we are here to explain the potential defenses that may be available to you.

For more information, view the following article: N.J. will crack down on DWIs without suspending as many drivers licenses