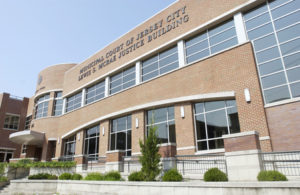 Is marijuana legal in Jersey City? This question has been asked numerous times since Jersey City recently implemented a new policy intended to decriminalize marijuana in the city. Soon after the new policy was announced, the New Jersey Attorney General fired back, saying the move was beyond the jurisdiction of city leaders.

On July 18th, Jersey City Mayor Steve Fulop and chief municipal prosecutor Jake Hudnut launched a new marijuana decriminalization policy to encourage the dismissal of low-level marijuana offenses, downgrade certain marijuana charges to non-criminal offenses, and divert the cases of defendants with possible addictions and a criminal history to the Jersey City community court. Then, this past Tuesday, New Jersey Attorney General Gurbir Grewal announced that all marijuana cases before municipal courts in New Jersey will be immediately adjourned until September or later while his office develops guidance for municipal prosecutors across the state.

The move by Jersey City leaders follows a pattern by New Jersey’s neighbors, Philadelphia and New York City, which have both implemented decriminalization policies on marijuana. While Jersey City’s prosecutor and mayor cite racial justice issues and the disparate rate of prosecution against individuals of color rather than white individuals—despite the cross-racial, cross-culture usage of marijuana—as the motivation for the policy change, some experts are also pointing out the tremendous cost-savings potential of the new policy.

Meanwhile, New Jersey Attorney General’s Office says it implemented the state-wide adjournment of municipal marijuana cases in order to have an opportunity to develop and draft appropriate guidance for prosecutors on handling these cases moving forward. So, what does this mean for the future of marijuana usage in New Jersey and the potential for a developing industry?

Well, even though these moves toward decriminalization are significant policy changes, it is important to keep in mind that these are not legislative changes and therefore, the policies are subject to the changing tides of enforcement priorities. Effectively, there has not been a change in the law, but rather a change in the enforcement policy of the law. This means that if and when the Attorney General of New Jersey or Jersey City’s prosecutor change, this policy can change.

Can I smoke marijuana in New Jersey now?

No. These new policies do not mean that the use of marijuana has been legalized in New Jersey. In states where marijuana has been legalized, the state legislature passed a bill legalizing it. Basically, Jersey City’s new policy provides guidance and instruction to assistant prosecutors on how to exercise their prosecutorial discretion. So, whether it is likely to happen or not, a police officer in Jersey City could still arrest you for possession of marijuana, but you just might have the charges against you downgraded or dismissed later on. As of now, declining to prosecute a marijuana case in New Jersey would be a direct violation of the Attorney General’s instructions. Furthermore, even the Attorney General’s move to adjourn all municipal marijuana cases does not amount to legalization of marijuana. You can still be arrested by the police for possession of marijuana in New Jersey.

Do these new policies mean that marijuana will soon be legalized in NJ?

Not necessarily. While these new enforcement policies could indicate a changing trend in political and cultural views towards marijuana in New Jersey, legalizing the use, manufacturing, and sale of marijuana would require a new law passed by the New Jersey Legislature. These new policies do not necessarily indicate the political motivation – or sufficient backing required – in the state legislature to do so.

What will happen with my marijuana case in Jersey City Municipal Court?

If you have been recently charged with possession of marijuana or another related offense in Jersey City, New Jersey, you need answers from an experienced criminal defense lawyer who appears in Jersey City Municipal Court on a weekly basis. Contact the Jersey City law office of Proetta & Oliver for a free consultation with an attorney who can explain the process moving forward and how these new policies may impact your case. Call us at (201) 793-8018 or contact us online today.