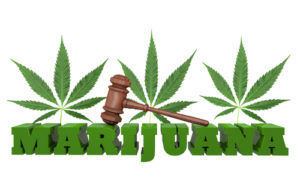 As New Jersey continues to debate the legalization of marijuana, the City Council in Jersey City, NJ, recently heard a measure that would ban growing and selling recreational marijuana within city limits. The measure is one aspect of a plan proposed by Mayor Steve Fulop, which is designed to prevent Jersey City from becoming a supplier of cannabis in the region, especially in relation to New York City’s still non-legal marijuana market.

While he wants the ban of marijuana production and sale citywide, Mayor Fulop is not proposing an outright ban on marijuana-related activities in Jersey City if marijuana legalization is passed statewide. In fact, the ban is the first step in a larger plan for controlled weed legalization in the city. This first step – that is, of banning the growing and selling of marijuana across Jersey City – is part of a more comprehensive plan to then legalize recreational cannabis in the city in a more limited way.

The passage of this measure would be followed by a second step, allowing marijuana to be cultivated and sold in specific zones in the city. Deciding which specific zones are permitted to grow and sell cannabis would be tackled with input from Jersey City residents. According to one city planner, the zoning process would be akin to “restaurant rows,” wherein certain activities (in this case recreational cannabis) would be restricted to distinct parts of the city.

The aforementioned plan was initially rejected in February by Jersey City’s Planning Board. Critics on the Board felt the measure was being put in place too early. However, the marijuana ban made it through the first phase of council approval last week. It will need to pass one more vote before the issue is decided.

Currently, there are two marijuana bills pending review at the state level. Both bills would permit cities like Jersey City to prohibit cannabis retail shops within one year. If a city does not take action to ban marijuana retailers in their jurisdiction within that year, then all shops operating in their municipality at that point would be legal for five years.

While the Governor supports legalization, and two bills are pending, there has not been enough support at the state level for a legal marijuana bill to pass in the New Jersey Legislature. Until something changes, a person may face arrest and criminal charges for possessing or distributing marijuana anywhere in New Jersey. In fact, possession of marijuana under 50 grams,  in violation of N.J.S.A. 2C:35-10(a)(4), is among the most common drug charges in Jersey City.

If you have been arrested in Jersey City for having weed, you are exposed to jail time, significant fines, and a criminal record. As for charges involving marijuana distribution or possession with intent to distribute, these are even more serious and may result in incarceration in NJ State Prison. Regardless of the circummstances of your marijuana case in Jersey City, New Jersey, having an experienced criminal defense attorney on your side is essential. At Proetta & Oliver, our skilled marijuana lawyers regularly appear in Jersey City Municipal Court and Hudson County Superior Court on behalf of clients charged with marijuana offenses. To find out how we can help you successfully resolve your case, contact us today at (201) 793-8018. You can also reach out online to arrange a free consultation.

For additional information regarding the evolution of marijuana policy in Jersey City, check out the following articles: Jersey City council to hear Fulop’s marijuana plan; Jersey City prepares for possibility of legalized marijuana