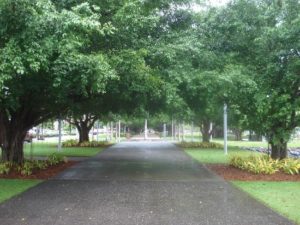 In New Jersey, drug offenses are taken very seriously and if you are caught possessing or distributing drugs within 500 feet of certain public places, including parks and housing projects, or within 1,000 feet of school property, your sentence may be enhanced, if you are ultimately convicted. This means that your sentence may be more severe than the penalties you would normally face for the same offense if it were not committed in close proximity to those enumerated public places.

Unfortunately, in highly congested areas like Jersey City and Hoboken, there are “public places” on nearly every block. In these cities and others like them, you can commit a public property drug crime and face harsher consequences while entirely unaware of the protected zone you were in.

New Jersey case law requires that a distribution of drugs charge be merged with a school zone drug distribution or on public property charge, so as to not subject a defendant to double jeopardy—being tried for the same crime twice, which is against an individual’s constitutional rights.

In other words, if you are charged with both of these drug offenses, they will be merged together because they require the prosecution to prove the same elements of the crime beyond a reasonable doubt. However, periods of ineligibility for parole for the two offenses will not merge. This means if you are sentenced to a period of parole ineligibilty for one enhanced drug crime, you may face an additional period during which you are ineligible for parole. Since you cannot serve the parole ineligibilty terms concurrently, you face a longer period of ineligibility for parole.

Some critics have argued that imposing enhanced sentences for drug offenses within 500 feet of housing projects has an unequal and disparate impact on individuals who live in impoverished areas, compared to those who do not live in or around a housing project. Others argue that drug crimes are committed by individuals across the economic spectrum. Regardless of the ongoing debate, New Jersey law remains in force under N.J.S.A. 2C:35-7.1.

The defenses that may be available to you will depend heavily on the facts of your case. The charge of possessing or distributing drugs in a school zone or near a public place imposes “strict liability.” This means that it does not matter whether you knew you were within 500 feet of public property or in a school zone or whether you intended to be there. As long as the prosecution proves the underlying elements required for a possession or distribution conviction and proves that the conduct occurred in a school zone or within 500 feet of a park or housing project, you can be subject to an enhanced sentence, if convicted.

However, if your criminal defense lawyer successfully presents a defense against the possession or distribution charges themselves, the location of the offense will be irrelevant. One way to do this may be to demonstrate that your 4th Amendment right against unreasonable search and seizure was violated by law enforcement, thereby tainting the evidence they obtained.

Under the 4th Amendment, the police usually must have a warrant to search you or your belongings, unless an exception applies. Common exceptions include the plain view doctrine, which allows police to seize contraband that is in plain view from a place they are legally entitled to be, search incident to arrest, which allows the police to search a person for evidence of a crime related to their arrest and the area immediately around them for the safety of the officer, and certain exigent circumstances, such as when the police have probable cause to believe that the search is necessary to prevent the destruction of evidence. Additional exceptions to the warrant requirement also apply. If the police’s search is determined to have been unlawful, then any evidence they collected from that search will be inadmissible in court.

It is important to speak with an experienced criminal defense lawyer right away if you have been charged with drug offenses in an area subject to enhanced sentencing like a school zone or near a park or housing project. You are not only facing the potential of a criminal record, but also significant jail time and heavy fines. These cases are highly complex, so if you are arrested and charged with a violation of 2C:35-7 or 2C:35-7.1 in Hudson County, call the experienced NJ drug defense attorneys at Proetta & Oliver at (201) 793-8018 for a free consultation.