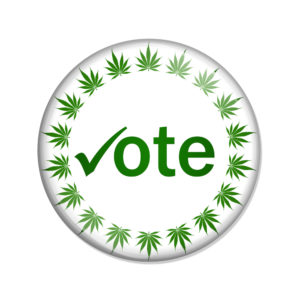 Governor Phil Murphy campaigned on the promise of legalizing marijuana for recreational use, but recently his efforts encountered a significant setback. Division within the ranks of New Jersey progressive lawmakers led to the cancellation of a key vote on a high-profile bill that would have legalized recreational marijuana for adult use in New Jersey. Here is what happened and how the cancelled vote may affect your eligibility for an expungement if you have a drug arrest, charge, or conviction on your criminal record. For additional information regarding your expungement eligibility in New Jersey, contact us today at (201) 793-8018 to speak with an NJ expungement lawyer free of charge.

Amol Sinha, the New Jersey ACLU chapter’s executive director, has cast marijuana legalization as a civil rights issue. She and other progressive leaders have argued that marijuana enforcement disproportionately affects New Jersey’s minority citizens, and these leaders have strongly praised the certain provisions in the marijuana legalization bill that would have expunged the criminal records of hundreds upon thousands of individuals who have sustained minor convictions for drug charges, including marijuana charge convictions, in the state.

That said, a small number of African-American legislators reportedly declined to support the bill in the days leading up to the pivotal vote in late March. These lawmakers stated that marijuana legalization could pose a significant public health risk to their communities. Other states have had difficulty in keeping legalized marijuana away from teenagers and solely in the hands of adults. Critics of the proposed cannabis legalization bill also noted that high numbers of people are driving under the influence of marijuana, causing public safety risks. This division with the legislatures’ ranks ultimately led to the legalization vote’s cancellation.

Governor Murphy and several prominent lawmakers have vowed that they will schedule another vote soon, but in the meantime, New Jersey residents must go through ordinary channels to secure expungement of minor possession, marijuana cultivation, distribution, and paraphernalia offenses. Until cannabis is legalized for recreational use, you can still sustain a conviction for all the above offenses in New Jersey. The record of your arrest and any resulting charges will also appear on a background check and must be removed through the process of expungement.

Want to Expunge a Marijuana Conviction from your Record in New Jersey?

In the absence of a marijuana legalization bill granting broad expungements across the state, you must use existing legal methods to clear your criminal record of marijuana offenses. Expungement law in New Jersey can be complicated, so it is in your best interests to contact an experienced criminal defense lawyer if you are interested in clearing your record.

Generally speaking, if you were arrested on a marijuana charge and the case was later dismissed, you may be eligible for immediate expungement of the relevant arrest record. If you were conditionally discharged or took advantage of Pretrial Intervention (PTI), you may be eligible for an expungement within six months of completion, depending on the specific marijuana charge at issue. That said, some disorderly persons convictions involving marijuana can require you to wait a full five years prior to expungement eligibility. There are also limits on the number of expungements that you can get in your lifetime, specifically, only one.

If you want to expunge your criminal record of a drug case, an experienced New Jersey criminal defense attorney at our firm will be able to explain the requirements for an expungement and the necessary court paperwork in greater detail after reviewing your full criminal history. Call our local Jersey City offices at (201) 793-8018 for a free consultation.