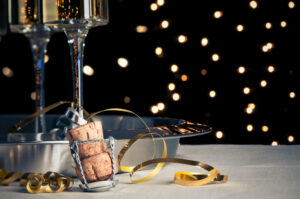 The late fall and early winter months mean that Thanksgiving, Christmas, and New Year’s are on the way, and it’s time for holiday celebrations. Unfortunately, this also means that police in Hoboken, Jersey City, and elsewhere in New Jersey are also getting ready to make arrests. The truth is that law enforcement sees a significant uptick in the number of arrests made during the holidays. That’s because there are lots of celebrations, parties, and gatherings both private and public. What a lot of these get-togethers have in common is that alcohol is served in heavy quantities, which can lead to intoxication and subsequent bad decisions. Sometimes, those bad decisions result in the police being called to the scene, or perhaps they are already on the streets looking to corral potential party attendees who go too far, where arrests may be deemed necessary.

Are you planning on going out on the town in Hoboken or Jersey City around the holidays? You might want to think twice about what to do while celebrating because arrests are more common at this time of year.

If you do find yourself in the unfortunate predicament of being arrested during holiday celebrations, it’s important to seek legal counsel from a knowledgeable criminal defense attorney who handles these types of cases locally in the Hudson County area on a regular basis. Contact the criminal lawyers at Proetta & Oliver for a free consultation or to set up an appointment at our office in Jersey City, NJ. We encourage you to call (201) 793-8018 at your convenience for immediate assistance. Below, we discuss the leading reasons and implications of criminal charges issued during the holiday season in Hoboken and Jersey City, and throughout Northern New Jersey’s busy city destinations for bars, restaurants, and holiday celebrations.

Holiday events are extremely popular in Hoboken and Jersey City as local businesses look to get as many people as possible into their establishments. One of the biggest events is the Hoboken SantaCon, an annual “bar crawl” in which participants dress up in Santa suits and go from bar to bar in the city while drinking and having a good time. Other holiday happenings in Hoboken include theme parties at local restaurants, special music events with DJs at lounges, rooftop events, and Christmas and New Year’s parties at just about every local bar.

Whether it’s Christmas Eve, New Year’s Eve, or just a typical weekend, there is a commonality of nights out on the town in that they all tend to involve large gatherings of people, festive celebrations, and plenty of alcohol. Of course, anytime alcohol is involved, there is the possibility for things to get out of hand. One drink too many, and police involvement becomes a strong possibility. Beyond that, local law enforcement places an emphasis on enforcing the peace around the holidays because they know that people are more likely to be drinking in public.

You can be arrested for any number of reasons during the holidays. When you’re out on the town, whether it’s drinking at a bar with friends or dining at a restaurant with your family, things might not go according to plan. A bit too much alcohol, or a simple misunderstanding, can have disastrous consequences. If the police show up and determine that an arrest needs to be made, it’s very possible that you could be the one who is put in handcuffs and taken to jail. So, what can cause this to happen? The following are some of the most common charges that are filed around the holidays.

Charges for Disorderly Conduct around Christmas and New Year’s

Disorderly conduct is one of the most common charges at this time of year. Although bar fights can lead to more serious assault charges, police often make arrests for disorderly conduct as a default charge because it applies to just about any kind of unruly or disruptive behavior. Whether it’s a dispute with other people at the bar, a disagreement among family members at a private gathering, loud and boisterous behavior at a club, or even loud swearing directed at someone during an argument, the police may feel the need to get involved and make an arrest for disorderly conduct. Since this is classified as a petty disorderly persons offense, you could be subject to fines and other penalties if convicted, including a sentence of up to 30 days in the county jail.

DWI Charges at the Holidays

DWI is a leading charge issued at the holidays. Law enforcement is extremely vigilant about trying to stop drunk drivers during the holidays because it is viewed as a significant public safety risk. In fact, NJ police departments set up DWI checkpoints on roadways in November and December as part of an annual crackdown on drunk driving. If you have a few drinks at a holiday party and later attempt to drive home while impaired, you could find yourself charged with a DWI and facing license suspension, an ignition interlock device requirement, and jail time. Things get worse the more DUI convictions you have in the past, enhancing the consequences and making an already bad situation worse.

Many arrests during the holidays involve adults, but sometimes minors are also detained by police and charged with juvenile offenses. One of the most common juvenile charges in this context is for possession of false identification, particularly by high school students who are on break and attempt to get into crowded bars where they can purchase alcohol. If your son or daughter was charged with possession of a fake ID, or underage possession of alcohol, they could be subject to fines, suspension of their driver’s license, and other penalties that might affect them in the future.

Arrested for Drug Possession during the Holiday Season

Before leaving the house for a fun night out with friends, you should make sure there are no drugs or other illegal substances in your coat pockets, in your glove box, or anywhere else in your vehicle. This is particularly important during the holidays, when there is a heavy police presence and a greater likelihood of searches and seizures. Possession of narcotics is a very serious offense in New Jersey, especially when it involves a controlled dangerous substance (CDS) such as cocaine or heroin. The possession of cocaine or heroin, and in some circumstances prescription drug possession, is a felony-level offense that carries possible prison time for anyone who is convicted. Even lesser offenses for illegal drug possession, such as a drug paraphernalia charge, can result in jail time and a criminal record.

Needless to say, being arrested is not a pleasant experience. You will probably be put in handcuffs and then taken to the police station, where you will be fingerprinted and processed. Depending on the degree of your charges, you could be transferred to jail and detained while you await your first court appearance in front of a judge. While this court appearance is typically supposed to happen within 24 hours of your arrest, an arrest during the holidays is treated differently: you may not be given an opportunity to appear before a judge right away, which means that you could be stuck in jail over the holiday period.

If you are arrested during the holidays in Hoboken or Jersey City, or anywhere else in New Jersey for that matter, it is imperative that you secure effective legal representation. Without a qualified criminal defense attorney handling your case, you could be looking at an immediate consequence of spending the holidays behind bars, as well as long-term consequences that could include jail time and the long-term problem of having a criminal record. Our criminal defense lawyers at Proetta & Oliver can help guide you through the legal system, beginning with your initial detention. After being arrested for any offense, your first order of business should be to secure your release from jail so that you can return home and resume your life. That’s why you need a lawyer who understands how the New Jersey legal system works if you are not released after being processed at the police station.

Additionally, you want a lawyer who is familiar with the local courts so that you can ultimately beat the charges or negotiate with the prosecutor to avoid the most severe penalties such as fines, suspension of your driver’s license, and a jail sentence. If you were arrested in Hoboken for a DWI offense, for example, your case will be handled in the Hoboken Municipal Court. The municipal prosecutor will be able to take the case straight to trial without needing to get a grand jury indictment because drunk driving is technically a traffic offense – even though you could be sentenced to jail time if you are convicted on the charges. Moreover, since your case will be heard in the municipal court, you will not have the option for a jury trial; it will be a bench trial decided by a judge. This is where having a skilled attorney can make all the difference.

Any case in Municipal or Superior Court can spell serious implications for the rest of your life. Defending your innocence and negating the potential consequences should be chief among your priorities, and a conviction should be avoided if at all possible. Whether it’s negotiating a favorable plea deal with the prosecution so that you avoid a trial in the first place, or contesting the charges in court and getting you acquitted without a conviction of any kind, you are going to want strong legal representation. Contact the Jersey City law office of Proetta & Oliver at (201) 793-8018 to speak to a criminal lawyer free of charge and explore your options today.