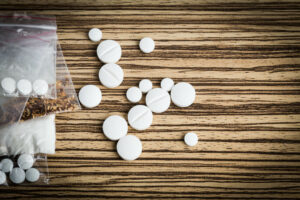 Have You been Charged with a Drug Crime as a First Offender in New Jersey? Know Your Options

Anyone who has been charged with a drug crime in New Jersey probably understands just how serious the situation is. Even when the person being charged is a first-time offender with no prior criminal record, the consequences of a conviction on drug charges can be disastrous. Whether you’ve been charged with a simple drug possession offense or a more serious drug distribution or drug trafficking offense, you should not expect the prosecutor or the judge to “go easy on you” just because it’s a first-time drug offense. The good news, however, is that it might be possible for you to avoid imprisonment and instead receive a probationary sentence via an alternative sentencing program that emphasizes rehabilitation over punishment. But securing admission into one of these programs is not easy, which is why you need to speak with an experienced criminal defense attorney very early on in the legal process if you have been charged with a first time drug offense. Get in touch with out experienced lawyers and receive a free consultation now by contacting our law office in Jersey City NJ at (201) 793-8018.

The charges for first-time drug offenses in NJ are typically determined by the type of drug and the nature of the offense. The exact charge that you face will determine the range of penalties that the judge in your case can impose. Regardless of the precise charges, you are likely to be exposed to substantial punishments if you are ultimately convicted at trial or plead guilty to the most serious charges, particularly if you’ve been charged with an indictable offense (a felony) in Superior Court. The following are some of the most common types of first offense drug charges in New Jersey:

Benefits of Having a Lawyer Handling Your First Offense CDS Case

Gaining admittance into a diversionary program like Conditional Discharge, PTI, or Drug Court is crucially important if you want to avoid having a criminal record at the end of all this. Unfortunately, many prospective employers will steer clear of hiring you if they see that you’ve got a drug crime conviction on your record. Beyond that, having a drug offense conviction or guilty plea on your record can also limit your options in the future when it comes to securing a loan, buying or renting a house, or getting into college.

The truth is that having a knowledgeable criminal defense attorney on your side can make all the difference when it comes to applying for entrance into one of these diversionary programs for first-time drug offenses. At a minimum, getting a lawyer to help you is a must if you want to have a solid understanding of the charges against you and take advantage of your available options as someone who has been charged with a drug offense for the first time.

If you have been charged with a first time drug offense in New Jersey, the attorneys at Proetta & Oliver can help ensure you have access to all of the benefits of experience practicing criminal law and knowing the nuances of drug cases inside and out. We have been helping clients take advantage of diversion programs, plea negotiations, and winning defense strategies when litigating cases at trial for years. Often, these cases arise in towns like Secaucus, Hoboken, Bayonne, Weehawken, Kearny, Union City, Jersey City, and throughout Hudson County, where we are regularly handling cases on a weekly basis. Call (201) 793-8018 for a free consultation about your CDS case today.