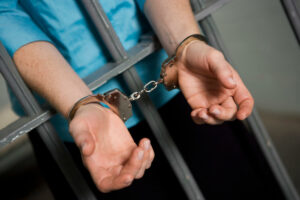 It is against the law to employ a juvenile in a drug distribution scheme in New Jersey. This is a unique offense that goes beyond merely engaging in an illegal drug transaction because state lawmakers wanted to discourage adults from corrupting minors by engaging them in unlawful and potentially dangerous activity. As a result, the law calls for severe penalties to be imposed against anyone who uses a minor to commit certain drug offenses, including an automatic prison sentence. Whether the charges involve the illegal distribution of marijuana, selling cocaine, intent to distribute or distributing heroin, or distribution of prescription drugs, you could face life-altering consequences if you are convicted or plead guilty. That’s why you need to take immediate action and speak with a qualified criminal defense attorney who understands how to best defend you against serious criminal charges involving narcotics in New Jersey. At Proetta & Oliver, with local offices in Jersey City, our criminal defense lawyers handle the most serious drug cases in Hudson County. For a free consultation with an attorney regarding your specific drug charges, contact us online or call (201) 793-8018 today. To learn more about the criminal charge for employing a juvenile in a drug distribution scheme in NJ, keep reading.

What is Employing a Juvenile in a Drug Distribution Scheme in New Jersey?

The criminal charges for employing a juvenile in a drug distribution scheme are addressed by N.J.S.A. 2C:35-6 of the New Jersey Criminal Code. As set forth by the statute, an adult is explicitly prohibited from using a person under the age of 18 to distribute a controlled dangerous substance (CDS) such as heroin, cocaine, marijuana, or prescription narcotics.

Just because you’ve been charged with a crime, however, doesn’t mean that you will be convicted of that crime. For instance, if you face a charge for employing a juvenile to sell drugs in New Jersey, the prosecutor will need to prove certain elements beyond a reasonable doubt at trial in order to secure a conviction.

What Are the Penalties for Employing a Juvenile in a Drug Distribution Scheme in NJ?

Like most drug offenses, employing a juvenile in a drug distribution scheme is classified as an indictable crime. This means that a person who is charged with using a minor to commit a drug distribution offense will have their case adjudicated in the county Superior Court. It is important to understand that all cases heard at the Superior Court level carry the possibility of prison time. Since N.J.S.A. 2C:35-6 stipulates that employing a minor to distribute drugs is a second degree felony, the sentencing range is 5-10 years in state prison. The statute also allows the judge in the case to impose a fine of up to $500,000, or up to five (5) times the street value of the drugs involved in the case. Beyond that, once you have served any prison sentence, your driver’s license could be suspended for up to two (2) years.

While many indictable offenses – including some drug offenses – do not have a presumption of incarceration, a charge for employing a juvenile in a drug distribution scheme is different. The statute specifies that the minimum term of imprisonment is at least five (5) years. Moreover, this means that if you are accused of a drug crime that might not ordinarily carry a minimum mandatory term of incarceration, the fact that you used a juvenile fundamentally changes the nature of the offense and can result in an automatic prison sentence if you are convicted or plead guilty to the charges.

When you are charged with using a minor for the purposes of distributing drugs in New Jersey, it is extremely likely that you will also face other criminal charges related to the illegal distribution of a CDS. Some of the most common companion charges in these cases include the following: cocaine distribution, heroin distribution, prescription drug distribution, leader of a narcotics trafficking network, maintaining or operating a CDS production facility, drug distribution in a school zone, and possession with intent to distribute CDS near a public park or housing facility.

Crucially, when you face several drug charges in the same case, the consequences of a conviction are that much more severe because the penalties for each charge can be stacked on top of each other. In a case involving the use of a juvenile to distribute CDS, the statute explicitly states that convictions on multiple charges will not merge. This means that the prison sentences may run consecutively. In other words, you could be sentenced to 5-10 years in prison for illegal distribution of cocaine and then another 5-10 years for using a minor in a drug distribution scheme.

The harsh nature of the penalties for a drug distribution scheme involving a juvenile is precisely why you absolutely need to have a knowledgeable criminal defense lawyer on your side. If you’ve been charged with employing a juvenile to distribute drugs in Hudson County and throughout New Jersey, your first step should be to get a lawyer who has experience with these types of cases. A qualified attorney may be able to help you beat the charges by challenging the prosecution’s evidence and getting it ruled inadmissible before trial. Alternatively, it may be possible for a skilled criminal defense attorney to help you negotiate a favorable plea agreement so that the mandatory minimum prison sentence that typically accompanies this charge no longer applies in your case.

The team at our Hudson County criminal defense firm is prepared to navigating the challenges ahead if you are facing charges for employing a juvenile for drug distribution and any other related crimes in Hoboken, Jersey City, Bayonne, Kearny, Union City, Secaucus, Weehawken, Guttenberg, and other surrounding areas. Speak with a lawyer who can help you now by contacting (201) 793-8018 for a cost-free, confidential consultation.