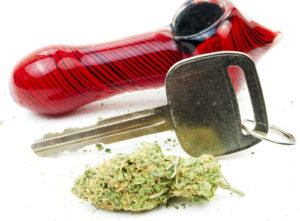 As you may have heard, the Governor of New Jersey, Phil Murphy, plans to decriminalize marijuana if he can garner enough support in the state legislature. What will happen with the current laws and prosecutions for DUI remains to be seen. Many in the legal field, and opponents to the legalization of marijuana, believe that it will create an avenue for reckless individuals to legally drive impaired. The rest of us, however, are concerned that it will result in more DUI cases being filed with even less evidence of impairment. In this article, we provide the latest and most important things you need to know if you have been charged with a marijuana DUI in New Jersey. If you want to speak with an experienced NJ DUI Defense Attorney about your charges in Jersey City, Hoboken, Bayonne, Weehawken, Kearny, Union City, or anywhere else in New Jersey, call us today at (201) 793-8018 for a free consultation.

When Can You be Charged with a DUI on Marijuana?

As it stands, no one can drive while under the influence under N.J.S.A.39:4-50. According to this law, any person who drives while under the influence of an intoxicating liquor, narcotic, hallucinogenic or habit-producing drug, or with a blood alcohol level of 0.08% or more can be charged with a DUI in New Jersey. Essentially, a person cannot take any substance that impairs their ability to drive. This means that even if you take medication regularly as prescribed, and it has an impact on you safely driving a car because you are “under the influence,” you can be charged with a DUI.

How do they Prove DUI Charges in New Jersey?

The Alcotest is a breathalyzer used in determining whether you were driving under the influence of alcohol. It is a machine with its origins based in science. We have some mechanism to test the machine and to determine the validity of the read-out. On the other hand, with drugs and perhaps soon marijuana, there is no such test. More importantly, alcohol is usually not detectable in your blood beyond three days and the case law demands that the Alcotest be given in a certain amount of time after the arrest.

Simply put, there is no scientific mechanism that will test whether you currently under the influence of of marijuana. In other words, if you smoked marijuana a month ago, it may still be in your system. In this case, it will show up on a lab test if ordered by the State Police. The police will then use this lab work to try to prove that you drove while impaired and under the influence. The problem is that there may be a lot of false DUI convictions based on a positive marijuana lab result which does not show current usage, meaning it will not prove that you were actually high when you drove.

Accused of driving stoned in Bayonne or another town in NJ? The police will likely pull you over, say they smell marijuana, claim that your eyes are blood shot and watery, give you a field sobriety test, claim you failed it, and then call a Drug Recognition Expert (DRE) to the scene and in the station. He will speak with the officers and ask them about what they found. More likely than not, the DRE will say that you are under the influence of marijuana and his report will conform to the officer’s findings. The police will then apply for a warrant to do a blood draw. When the results come back establishing marijuana in your system, they will have more evidence of a DUI. If this happens to you, you should immediately find a knowledgeable DUI lawyer who is familiar with the lab work and marijuana and can effectively fight the case.

Got a Marijuana DUI in Hoboken, What Should I do?

If you have been arrested for driving under the influence of marijuana, you should seek guidance from an experienced DUI defense lawyer as soon as you can. Seeking the help you need to build the best defense strategy provides you with the greatest chance of getting your charges dismissed. The New Jersey DUI attorneys at our firm are here to help you. Call our local office in Jersey City, NJ at (201) 793-8018 or fill out our online form to request a free consultation.

If you are someone who plans to use or ingest marijuana if it becomes legal, you should take every precaution while driving. You should not smoke in the car and give the police reason to believe that you may be smoking, driving, and under the influence. Just as you would not drive drunk or openly drink in the car, avoid driving while under the influence of marijuana. It remains to be seen how the state will prove that you are impaired. However, it is likely that the police will continue to use the same methods they have been employing for years: a motor vehicle infraction giving rise to the stop, the officer’s observations, your appearance, your speech, field tests, DRE findings, and eventually labs. Perhaps the state will even do away with the warrant requirement to draw your blood. Whatever happens, be careful, do not drive impaired, and contact an attorney immediately if you are arrested.