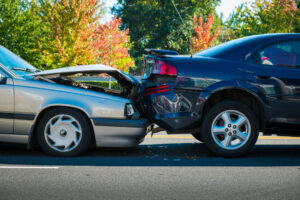 If you drive long enough on New Jersey roads, there is a reasonable likelihood that you will eventually be involved in a car accident. Depending on who was at fault for the accident, you may be liable in a personal injury lawsuit. However, that could be just one of your major problems after getting into an accident. You could potentially face criminal and/or traffic charges as well. While civil liability is usually enough to discourage motorists from being careless behind the wheel, lawmakers have seen fit to impose criminal penalties as a way to further deter anyone from engaging in dangerous driving behavior that might cause an accident. Beyond that, individuals often face multiple charges in the same case. If you were involved in an auto accident in Hudson County or elsewhere in New Jersey and now face traffic charges or criminal charges, you need a skilled and committed criminal defense attorney to stand up for you in court, defend you against the charges, and protect your interests through the duration of the case. At the very least, an attorney can answer your questions before you have to make any final decisions about how to proceed with your case.

When a Car Accident Becomes a Crime in New Jersey

Under certain circumstances, New Jersey law imposes penalties against motorists who cause car accidents or flee the scene thereafter. Depending on the facts of your accident and the findings of law enforcement, you could be cited for a traffic violation or even charged criminally with a disorderly persons (misdemeanor) or felony offense.

Some of the most common criminal and traffic charges that individuals face for a car accident in NJ include the following:

Reckless driving is a sort of catch-all charge that applies to just about anyone who might be operating their vehicle in an unsafe manner. The idea behind a reckless driving charge is that other motorists, as well as pedestrians, have a right to be safe from dangers posed by motorists who intentionally drive recklessly. In fact, the key distinction between a charge for careless driving and a more serious charge for reckless driving is that the latter requires the prosecution to show that the accused motorist reasonably knew that their behavior behind the wheel was placing others at risk of harm. For example, if you were driving well above the speed limit and crashed into another vehicle as you swerved across lanes, or if you were texting while driving and struck another car because you weren’t focused on the road, it is very possible that you will face charges for reckless driving.

The penalties for reckless driving typically involve fines, points on your license, and possible license suspension. If your reckless driving resulted in an accident that injured others or caused significant property damage, however, the judge may opt to impose an additional penalty: up to two (2) months in the county jail. Further, if you already have a prior conviction for reckless driving on your record, you could be sentenced to up to three (3) months in jail.

Arrested for Assault by Auto after a Car Accident

Reckless driving charges are often accompanied by charges for assault by auto, particularly when there was an accident that caused injuries to another person. Keep in mind that it won’t matter whether you intentionally caused the accident; it is enough that you were operating the vehicle in an irresponsible manner. For example, talking or texting on a cell phone just before your accident may be all that is needed for authorities to bring an assault by auto charge. Since assault by auto is most often charged as a felony in New Jersey, you will be exposed to prison time if convicted or you plead guilty to the charges.

The range of penalties, and the likelihood that the judge will impose a prison sentence, will depend on the circumstances of the accident and the extent of injuries sustained by others. For instance, if the victim suffered only minor injuries, you may be sentenced to up to six (6) months in the county jail. But if the victim suffered more severe physical harm, such as broken bones or scarring, the judge could sentence you to up to 18 months in state prison. And if it can be shown that you were intoxicated at the time of the accident, you may be sentenced to 3-5 years in prison. This would be in addition to any penalties imposed for a DWI conviction, since the charges are technically treated separately by the courts.

Charged with Leaving the Scene from Crashing a Car

Regardless of who was at fault for an accident, all motorists involved in the crash are required by law to remain at the scene and exchange information, including insurance, driver’s license, and vehicle registration. Additionally, if the police need to be called to investigate, all motorists must remain at the scene until authorities arrive. Despite these very clear legal requirements, some drivers still make the mistake of leaving the scene as soon as they realize they’ve been involved in an accident. The reality is that people don’t always think clearly, or with full awareness of all the consequences, in the adrenaline-fueled moments immediately following a collision.

Leaving the scene of an accident is a mistake that just about anyone can make, but it carries severe consequences for those who actually make this mistake. In fact, there is both a traffic charge and a criminal charge for leaving the scene in New Jersey. The traffic charge applies in a range of cases from only property being damaged, to serious injuries or death, with punishments increasing as the level of injury increases. The criminal charge carries enhanced penalties. While a conviction for the traffic offense of leaving the scene technically carries possible jail time, many defendants in cases involving mere property damage do not get sentenced to jail. The criminal offense, on the other hand, often comes with a prison sentence. In reality, the judge in your criminal leaving the scene case may impose a sentence of up to 18 months in the county jail if you are convicted or plead guilty to the criminal charges.

Getting into a Car Accident while Driving Intoxicated

New Jersey’s DWI laws are extremely tough, with a conviction bringing the possibility of jail time, fines, license suspension, and other penalties. Most of the time, however, a first-time offender is able to avoid jail as long as there were no aggravating factors in the case. One such factor is a DWI accident. If your drunk driving charges stem from an accident that you caused, a conviction may result in jail time even if this was your first offense. This is especially true if your DWI accident caused damage to property or injuries to a person. Beyond that, these cases often have multiple charges for both Driving While Intoxicated and assault by auto, with the potential for the different sentences being imposed consecutively and stacked on top of each other.

It is generally understood that when a police officer instructs you to pull over your vehicle, you must do so. Motorists who fail to bring their car to a stop when signaled by police may be charged with eluding, which is a specific kind of offense under the same statute as resisting arrest. These are criminal charges that carry the very real possibility of prison time for anyone who is ultimately convicted. Needless to say, attempting to flee law enforcement at a high rate of speed can put everyone else on the road at significant risk.

If you were using a car to flee police and caused an accident during the flight, you may face elevated charges that carry even greater penalties. Not only will you be facing a sentence of 5-10 years in prison, but there is presumably a sentence to imprisonment attached to a second degree offense. The bottom line is that police, prosecutors, and judges don’t look favorably on individuals who endanger others while using a vehicle to commit a crime, even a crime that happens unintentionally.

Bearing all of this in mind, you need strong legal counsel from an aggressive criminal defense attorney when facing one or multiple charges after a car accident. If you have been charged with reckless driving, assault by auto, eluding an officer, leaving the scene of an accident, DUI, or another criminal or traffic offense, get in touch with the lawyers at Proetta & Oliver to discuss your case. We are available to provide you with a free consultation or to schedule an appointment at our office in Jersey City. Know the severity of the situation you find yourself in and the options that you may have to reach a better outcome. Call (201) 793-8018 or contact us online today.