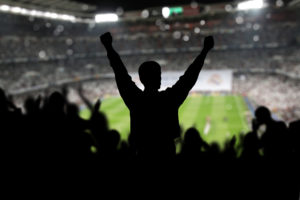 If you are arrested at a sporting event in New Jersey—whether it be a Rutgers football game at Rutgers University at HIghPoint.com Stadium in Piscataway, a Giants football game at MetLife Stadium in East Rutherford, a Devils hockey game at the Prudential Center in Newark, a Jackals baseball game in Montclair, or any other local sporting event in the state including college, high school, and even little league games—it is time to call an experienced criminal defense lawyer. Arrests and criminal charges at sports games are extremely common in New Jersey, with the potential to result in devastating consequences if you’re the one facing the charge. Here is some important information about criminal cases arising at games and sporting events in New Jersey. To speak with a New Jersey criminal defense attorney about your specific case, contact the law office of Proetta & Oliver anytime at (201) 793-8018.

What are the Most Common Criminal Charges at NJ Sporting Events?

At sporting events, people tend to get very passionate about their team winning. Add alcohol consumption to those passions and there is a lot of room for poor choices in behavior that could lead to an arrest. Charges related to incidents at sporting events are most often disorderly persons offenses, which are like misdemeanors in other states. These offenses include disorderly conduct, possession of 50 grams or less of marijuana, resisting arrest, underage drinking, and simple assault. After a game, DWI charges are also common, as police often station themselves outside of these events in the hopes of finding drunk drivers.

I was Arrested at a Game, Where will my Case be Heard?

Will I go to Jail for a Criminal Charge at a Sports Game?

Even though arrests for disorderly persons offenses after a sporting event in New Jersey might be somewhat frequent, they are nonetheless very serious. If convicted of a disorderly persons offense in New Jersey, you may be ordered to serve up to 6 months in prison. The judge may also order you to pay significant fines and participate in community service or a drug and alcohol treatment program. If you are convicted of DWI, you can expect to have your license suspended for at least some time. The penalties for driving under the influence in New Jersey worsen with the number of previous DUIs on your driving record.

If you are convicted of an indictable offense in New Jersey, you are facing more significant consequences, as even the lowest level of an indicatable offense carries potential penalties of up to 18 months in state prison. Believe it or not, if you get into a scuffle with a police officer at a sports game, you may be charged with aggravated assault. This is true regardless of the extent of the officer’s injuries. A felony charge for aggravated assault could land you in prison for up to 5 years.

You probably went to a game to cheer on your team and have fun with your friends, but if the event ended in an encounter with the police and you are now facing criminal charges, you need to contact an experienced criminal defense lawyer immediately. The criminal defense attorneys at Proetta & Oliver have obtained successful results for our clients in countless DWI, disorderly persons offense, and indictable offense cases. For more information about how we can help you, call (201) 793-8018 today.