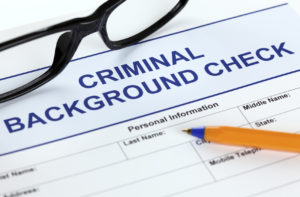 In New Jersey, the ability to get a prior arrest, charge, or conviction expunged from your criminal records gives you the chance to really start a new life, so your past does not continue to cast a dark cloud over the person you have become. On October 1, 2018, a new expungement law will become effective in New Jersey that increases the number of crimes an individual can expunge from their record and reduces the waiting period for expungement eligibility. Here’s what you need to know about upcoming changes to New Jersey expungement law in 2018.

The new law, outlined in Bill S-3307, was sponsored by Senator Stephen Sweeney and Senator Sandra Cunningham and enacted by Governor Chris Christie on December 19, 2017.

This soon-to-be applicable expungement policy increases the number of disorderly persons offenses (misdemeanor crimes) an individual can expunge from 3 convictions to 4 convictions for those who have not been convicted of an indictable offense. If you have been convicted of an indictable offense, the new law increases the amount of disorderly persons offenses you can expunge from 2 convictions to 3 convictions. This is significant because raising the limit will help individuals to clear their entire criminal record, which can be crucial when applying for housing, educational programs, and jobs.

Need an Expungement in NJ?

For additional information regarding the new expungement law in New Jersey in 2018, contact the law offices of Proetta & Oliver at (201) 793-8018. If you would like to apply for an expungement in New Jersey, one of our experienced NJ expungement lawyers will examine your unique situation and answer all of your questions. Consultations are provided free of charge.