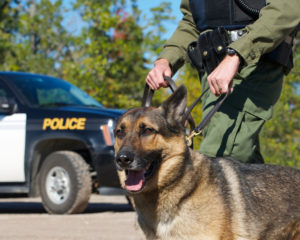 Facing Drug Charges after Police Searched my Car in NJ

New Jersey law treats drug offenses very seriously. If you have been arrested for drug possession involving marijuana, cocaine, prescription drugs, heroin, MDMA (molly/ecstasy), or any other controlled dangerous substance after the police searched your car, it is important to seek the advice and representation of an experienced New Jersey criminal defense lawyer who can identify unique defenses and legal considerations that may apply to your case. In this article, we will explore frequently asked questions from our clients who were arrested for having drugs in their vehicle in New Jersey. To speak with an attorney about your specific drug charges, contact the Jersey City law office of Proetta & Oliver at (201) 793-8018 or send us an email to arrange a free consultation.

Do the police have a right to search my car?

Whether the police have a right to search your car depends on the individual circumstances of your case. If the police have a warrant to search your car, they may lawfully execute that warrant. There are also a few scenarios in which the police may search your vehicle without a warrant, including a search incident to an arrest, a search conducted under the “automobile exception,” or when the drugs are in plain view of where the officer is standing. Each of these exceptions to the warrant requirement have certain limitations that limit the scope of the search the police may conduct. Additionally, if police have probable cause to search the car, they may do so under the law. This means the officers have reasonable belief that your car contains contraband or evidence of a crime. Read more about the significance of probable cause in New Jersey criminal cases, here.

Can I refuse to let the police search my vehicle?

However, if you decline to give your consent for a search and you believe the police are proceeding to conduct a search unlawfully, you should not try to stop them. While you cannot get in trouble for failing to give your consent to a search, you can be charged with an offense for interfering with the police’s ability to conduct a search. This type of offense is often charged as obstructing the administration of law (also known as obstruction). The best course of action in that scenario is to contact a criminal defense lawyer right away and allow your lawyer to assess whether the search was unlawful and, if so, argue for the evidence collected as a result of that search to be excluded from the record in your case, meaning it cannot be considered by a judge or jury it when making their decision on your guilt or innocence.

The drugs in my car weren’t mine, what should I do?

It is not uncommon for individuals to be charged with a drug possession offense even if the drugs uncovered in their car by police did not belong to them. This is because in order to prove its case against you in court, the prosecution must prove that you had either actual possession or constructive possession of the drugs.

If the police found drugs on your person, they would likely charge you with actual possession. On the other hand, if they found drugs under the passenger’s seat of your car or while you had several other people in the vehicle, they may charge you with constructive possession. In order to prove constructive possession, the prosecution must prove beyond a reasonable doubt that you knew the drugs were there and had the ability to exercise control over the drugs.

Even if the drugs belonged to someone else, you may still be convicted of the offense if the prosecution is able to prove that you had constructive possession over the drugs. This is yet another reason why a knowledgeable defense attorney is critical when charged with a controlled substance found in your vehicle in New Jersey.

Do I need a lawyer for possession of drugs in my car in New Jersey?

It is very wise to hire a lawyer to represent you in your drug possession case. There are many defenses that are available in cases like these that require knowledge of criminal procedure laws and constitutional law. Presenting a compelling defense will cast doubt on your guilt, preventing the prosecution from proving its case beyond a reasonable doubt. In addition, an experienced criminal defense lawyer may be able to get the charges against you dismissed, if they can argue that the police obtained evidence by violating your rights or convince the prosecution that they would be unable to meet their burden at trial.

If you have been charged with drug possession in New Jersey, the experienced criminal defense lawyers at Proetta & Oliver can help. Contact our office in Hudson County today at (201) 793-8018 for a free review of your case. With offices in Jersey City, we regularly defend clients in Hudson County Superior Court and municipal courts in Hoboken, Weehawken, Bayonne, Jersey City, Secaucus, Union City, and surrounding communities.