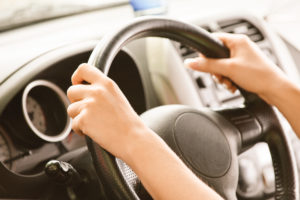 They say that no good deed goes unpunished. This can certainly be true in New Jersey if you do a favor for a friend and loan her or him your car, only to later find out that your friend was driving without a valid license. You can be convicted of a traffic offense carrying stiff penalties if you allow a driver who does not have a license to drive your car. The following provides answers to the most frequently-asked questions about allowing an unlicensed driver offenses in New Jersey. If you need help with a case involving a driver with no license, a license that has been revoked, or a suspended driver’s license, contact us now at (201) 793-8018 to speak with an experienced defense attorney. With local offices in Jersey City, we regularly represent clients facing traffic tickets and criminal charges in Hoboken, Bayonne, Weehawken, Secaucus, Edgewater, Union City, North Bergen, and throughout Hudson County and surrounding areas.

Can you get a ticket for letting an unlicensed driver drive in NJ?

The New Jersey law addressing Unlawful Loan of a Vehicle is addressed in section NJS 39:3-37.1. This statute prohibits any person who owns, leases, or otherwise has custody or control of a motor vehicle from allowing their vehicle to be operated by an unlicensed driver.

You can be charged with a violation of this statute if you loan your car to a friend or family member who does not have a valid New Jersey driver’s license. You can also be charged with this offense if you let your child drive your car before they have obtained a valid license. You can even be wrongfully charged with a violation of this statute if someone takes your car out for a joyride without your knowledge or consent, or someone you know drives your car while you’re not home.

Are there defenses for NJ unlawful loan of a vehicle charge?

If someone takes your car out of your garage without your knowledge or consent, and you are subsequently charged with a violation of NJR 39:3-37.1, you may be able to successfully argue that you never “allowed” your motor vehicle to be operated by the unlicensed driver. For example, your high schooler may have driven off in your car without your consent. An intoxicated acquaintance may have lifted your keys without asking you and taken your new sports car out for a spin. These situations may give rise to a viable defense to a charge filed under 39:3-37.1.

This defense can be complicated if you do not report your car lost or stolen, especially if the car was in the unlicensed driver’s possession for an extended period of time. For example, if your unlicensed son took your car out for an entire weekend trip, and you never reported to the police that your car was missing, you may have a difficult time proving in court that you did not “allow” your car to be used by the unlicensed driver, regardless of whether that driver was a friend or a relative. However, if someone you live with was driving your car while you were out of town, you may have never known that they had your vehicle if they hadn’t been stopped by police for a DWI or traffic violation, or involved in an accident.

What is the penalty for allowing an unlicensed driver to drive in NJ?

If you are convicted of allowing an unlicensed driver offense, you may be fined between $200 and $500. You may also face a jail sentence of up to 15 days. These penalties can interfere with your work and potentially force you to spend time in jail, even if you’ve never been arrested before or ever had an interaction with law enforcement. If you have received a ticket for allowing an unlicensed driver to drive your vehicle in Hudson County or elsewhere in New Jersey, it is highly advisable to consult with a traffic defense lawyer before you head to court. Call (201) 793-8018 to discuss your best defense strategy.