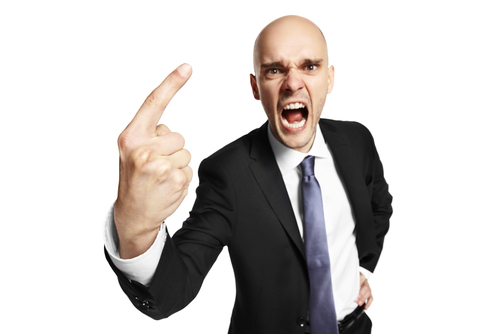 New Jersey perceives threats of violence to be just as bad as an actual violent act. That is why terroristic threats are considered a third degree indictable felony punishable by up to 3 – 5 years in state prison. Moreover, if you are found guilty, you can be ordered to attend counseling, serve probation, and pay thousands in fines and restitution. Whenever you are charged with a serious felony crime such as terroristic threats, it is always in your best interests to be represented by an experienced criminal defense lawyer. At Proetta & Oliver we have defended clients against thousands of criminal charges including terrorist threats throughout New Jersey. We represent individuals throughout Hudson County and surrounding areas including North Bergen, Kearny, Hoboken, Union City, West New York, Harrison, and Weehawken. Our lawyers will work navigate the court system and work with the prosecutors and police on your behalf to effectuate a successful resolution of your charge. If you would like to learn more about potential representation, contact us today at (201) 793-8018 for a free consultation with a terroristic threats lawyer or schedule an appointment at our Jersey City.

New Jersey law criminalizes terroristic threats in section N.J.S.A. 2C:12-3 of the New Jersey Statutes. An excerpt from this statute is provided below for your convenience.

Terroristic threats is often a crime of domestic violence that can arise during a heated argument or marital dispute. It is commonly associated with other crimes of domestic violence such as Simple Assault, Harassment, and Possession of a Weapon with an Unlawful Purpose. It can even be the basis for a Final Restraining Order. When a domestic violence incident occurs, the victim can pursue one or two legal avenues: filing criminal charges and/or a temporary restraining order. For instance, if you are accused of threatening your spouse while holding a knife, you may be arrested and charged with terroristic threats as well as a weapons offense. If the victim so chooses, they may request a temporary restraining order as well. This will prompt two distinct legal proceedings. You will face the terroristic threats charges in the Superior Court, Criminal Division and also be required to appear for a final restraining order hearing in the Superior Court, Family Division.

Under New Jersey’s new bail system, any person charged with a crime of domestic violence must be detained prior to a detention hearing. If you are charged with terroristic threats in connection with an alleged domestic violence incident, you will be taken to jail and be held in custody for at least 24 to 48 hours before seeing a judge. Bail reform rules require a public safety assessment (PSA) as part of the screening process for all criminal defendants held in detention. At your detention hearing, the judge will consider your PSA score and a number of other factors before deciding if you should be detained, released, or released on certain conditions. If your case involves terroristic threats and domestic violence, the prosecutor may request that you be detained pending the outcome of your trial. This is obviously a very serious situation that is best handled by an experienced criminal defense lawyer. You are entitled to have an attorney representing you at your detention hearing and any other legal proceedings thereafter. The attorneys at Proetta & Oliver handle all aspects of terroristic threats cases, including detention motions, criminal proceedings, and final restraining order hearings for our clients.

Can I get PTI for Terroristic Threats?

If it is your first offense, you may be eligible for the Pretrial Intervention program to avoid a terrorist threats criminal conviction. PTI is a diversionary program in which the defendant gets usually one year of probation in a supervised and monitored program, after which the charges are dropped or dismissed upon successful completion of the program. Not everyone gets into the program, though. The prosecutor must agree to the diversion, so this is where your attorney can also help. An applicant to the program must show they would benefit from the program and give supporting evidence. We can help you prepare the application and convince the prosecutor to allow the application and diversion to get your terroristic threats charges dismissed.

Terroristic threats more commonly occur in domestic violence situations by a spouse, partner, date, or other household member. This can refer to the current status of the relationship or prior relationship status. If convicted, the defendant not only faces the penalties for a third degree crime (unless the crime occurred during a national, state or local emergency), but may also be subject to a restraining order under the Prevention of Domestic Violence Act in the family court. A restraining order prevents the violator to contact the victim of their crime, maybe permanently depending on what happens at the final restraining order hearing. In any event, whether a threat rises to the level of a terroristic threat is examined case by case. For this reason, a criminal defense attorney is indispensable to showing a jury that the facts do not, in fact, show the seriousness of a terrorist threat nor that a reasonable person would have understood such a threat.

Because terroristic threats is an indictable offense, it will be handled in the County Superior Court and the charges will be pursued by the County Prosecutor’s Office. These cases are often very messy and complicated because they normally involve a scourned lover or ex-spouse and the case can often hinge on testimony of the alleged victim. The court needs to find where a “reasonable person” who fear for their safety or be seriously alarmed. For instance, a common form of terroristic threats is a threat to kill the victim or the victim’s friend or family member – which is normally not taken literally – like during a verbal fight when a person says “I’m so angry I could kill you!” Moreover, the court must find that the victim was put in imminent fear of death. An experienced criminal defense attorney can challenge the evidentiary weaknesses of the state’s case against you to secure a downgrade or even a dismissal together through Pre-Trial Intervention. Contact Proetta & Oliver today for a free initial consultation at our office, conveniently located in Jersey City.