How To Fight Harassment Charges in New Jersey 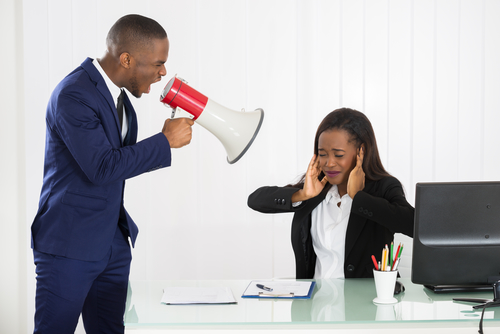 Most harassment cases result from a verbal dispute with a neighbor, domestic partner, or even a scourned ex-lover. A lot of people brush off these altercations or verbal spats because they just seem petty or stupid. However, harassment in New Jersey is a criminal offense and, if convicted, you will have a permanent criminal record and could also be ordered to complete community service, probation, counseling or even serve time in jail. In the past, most cases involved a “he said, she said” scenario but these days we are seeing more and more cases where the alleged acts of harassment are documented on the phone through text messages, emails, or even voice recordings. This type of evidence can be powerful and can often swing a case one way or another if it is introduced at trial.

An experienced harassment defense lawyer can often challenge the states case and work toward a dismissal or downgrade of your charges. At Proetta & Oliver we have handled thousands of criminal and municipal court cases in New Jersey, many involving harassment complaints. We represent clients charged with harassment throughout Hudson County and the surrounding area including Harrison, Union City, West New York, Hoboken, Weehawken, Secaucus, and North Bergen. Call us today at (201) 793-8018 for a free consultation with a criminal lawyer at our Jersey City Office.

What is the Harassment Law in New Jersey?

The term “harassment” covers a very broad range of actions in New Jersey. In fact, some attorneys argue that it is our broadest statute on the books. These claims have actually led to many people challenging the constitutionality of the New Jersey harassment statute based on vagueness but the law has consistently been held up by the Supreme Court. Therefore, at least for the time being we are stuck with the law as it stands.

A passage of the New Jersey statute for harassment 2C:33-4 has been provided for your convenience below. The statute in pertinent part provides: A person commits a petty disorderly persons offense if, with purpose to harass another, he/she either (a) Makes, or causes to be made, a communication or communications anonymously or at extremely inconvenient hours, or in offensively coarse language, or any other manner likely to cause annoyance or alarm; (b) Subjects another to striking, kicking, shoving, or other offensive touching, or threatens to do so; or (c) Engages in any other course of alarming conduct or of repeatedly committed acts with purpose to alarm or seriously annoy such other person. A communication under subsection (a) may be deemed to have been made either at the place where it originated or at the place where it was received.

What Qualifies as Harassment in NJ

The second scenario that can result in harassment charges involves a threat to strike the victim. Keep in mind that a threat to physically harm someone else could lead to harassment charges, as well as more serious criminal charges for making terroristic threats. If you actually followed through on the threat and kicked, shoved, pinched, or slapped the victim, you could face criminal charges for simple assault or aggravated assault, in addition to the harassment charges. Keep in mind that prosecutors often have a lot of leeway when it comes to proving this type of harassment: they merely need to establish that the defendant threatened to touch the victim in an offensive manner.

The third scenario that can give rise to harassment charges involves repeated actions. In situations like this, the nature of the accusations are based on the allegation that the defendant has repeatedly contacted, threatened the victim, or engaged in other alarming behavior. For example, what might otherwise be an innocuous phone call to the victim’s work number would be harder to justify if the defendant made 25 late-night phone calls to the person’s cell number. The idea is that there was a larger course of conduct involving multiple incidents.

Important Facts to Know About Harassment Charges in NJ

As stated above, in New Jersey harassment charge is considered a petty disorderly persons offense and is therefore typically handled in municipal court. Petty disorderly persons offenses are punishable by up to 30 days incarceration in the county jail which is ultimately determined by the judge. Because of the nature of the crime, it is typical to see harassment charges in domestic violence cases which can also involve Terroristic Threats, Cyber Harassment, Simple Assault or even a Final Restraining Order. It is also important to note, that the harassment statute is geared toward private annoyances, while Disorderly Conduct speaks to public disturbances and public annoyance. This can sometimes cause confusion among defendants, police, and attorneys alike. However, one thing is clear – in order to prove harassment the state must show that the defendant intended to harass the victim.

Where things can get more complicated for a defendant in a harassment case is when the defendant was already serving a term of imprisonment or was on parole or probation at the time of the offense. The harassment statute includes a provision that allows prosecutors to classify harassment as a fourth degree felony in these types of cases. This means that if you are accused of harassing someone while you were on parole or probation, you could be charged with an indictable offense, and you would be subject to far more severe penalties. If you are ultimately convicted on fourth degree harassment charges, the possible penalties include a sentence of up to 18 months in prison, a fine of up to $10,000, and a criminal record. However, there is still a presumption of non-incarceration for this type of harassment charge, which means that you may be able to avoid being sentenced to prison.

What Happens When I Go To Court?

Because of the harassment statute is so broad, it allows for many people to be charged. The courts are left dealing with these cases and sorting out the messes after the fact. To help sift through the piles of cases, many courts have put procedures in place in an effort to streamline the process. For instance, in Jersey City municipal court, they have set up community service programs and even a special domestic violence court that only handles harassment charges and related crimes that are the result of domestic violence allegations. In other municipal courts, the cases are scheduled for “meditation” where the court brings in a special court mediator to discuss the situation with both sides and try to come to an agreement or resolution outside of the court. If the cases can not be worked out through mediation or pre-trial negotiations then eventually they will be scheduled for trial for the judge to determine the outcome after being presented with all the evidence and testimony from both sides.

Contact a North Bergen Harassment Lawyer for a Free Consultation

As you can see, the elements of a harassment case can often be complicated and confusing and therefore it is always a good idea to have an experienced criminal defense lawyer represent you. If you would like to learn more about how our firm can help you or your loved one, contact our Jersey City Office at (201) 793-8018 for a free consultation with one of our lawyers.