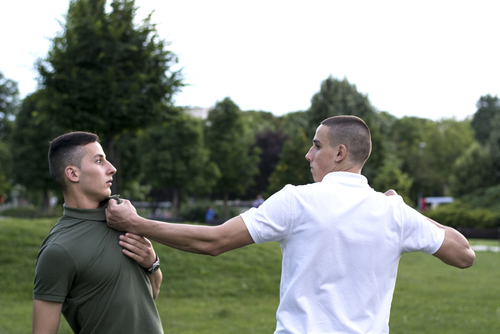 Aggravated Assault is a severe felony crime in New Jersey that carries substantial state prison time if you are found guilty or plead guilty. Aggravated assault is a broad statute that can have many different facts and scenarios which can include Assault with a Deadly Weapon, Aggravated Assault of a Police Officer, Assault by Auto or almost any circumstance where a victim suffers a significant or serious injury such as a broken bone or deep laceration. Because of these circumstances, lesser charges such as Simple Assault or Resisting Arrest can easily be upgraded to an indictable offense of aggravated assault. Unlike simple assault, a charge of aggravated assault is handled in the County Superior Court because it is a felony. Since aggravated assault can be the result of a domestic incident, it can “”also be the basis for a Final Restraining Order under the Domestic Violence Act.

How Can An Aggravated Assault Lawyer Help Me?

An experienced assault attorney who knows how the court system works can be instrumental in successfully defending your charges and securing a downgrade or dismissal to avoid incarceration. In fact, we have been able to secure dismissals or downgrades to municipal ordinances for many clients charged with aggravated assault so they were able to avoid criminal records altogether.

“Mr. Proetta was most professional. He did not mislead me. He came through for me with outstanding results. I would definitely hire him again to represent me. I’ve dealt w many lawyers in my day. And he is at top of list.“

Even in cases where the clients were facing second degree aggravated we are consistently able to secure substantial downgrades or admission into Pre-Trial Intervention. Our criminal defense lawyers have been able to achieve these consistent results by pulling from their experience which has been gained from handling thousands of criminal charges over the years. At Proetta & Oliver, we regularly represent clients arrested for aggravated assault throughout Hudson County including Secaucus, Jersey City, Bayonne, Weehawken, and North Bergen. Let us put our knowledge and experience to work for helping you, so contact us today at (201) 793-8018 at our Jersey City office to schedule a free initial consultation.

Is Aggravated Assault A Felony? 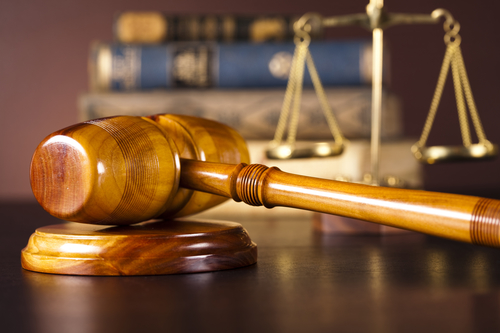 The answer is Yes – and although that may seem evident to most, we actually come across this question a lot especially from people who are not familiar with the court system. This is why crimes of aggravated assault are always handled at the Superior Court along with other indictable crimes. However, it is important to note, that your aggravated assault charges can range in degree of crime depending on the facts – extent of injury to the victim, age of victim, if there was a weapon used, or if a police officer was injured. The three different degrees of severity are as follows:

Under rare circumstances, aggravated assault will be a second degree crime if you cause or attempt to cause serious bodily injury to another under circumstances manifesting extreme indifference to the value of human life. This usually means that the victim suffers a severe significant injury such as a broken bone or loss of a limb. Circumstances that often give rise to second degree aggravated assault charges are when defendants injury some while fleeing or eluding the police or cause serious injuries as a result of drunk driving. A second degree felony is punishable by 5 – 10 years in state prison and a fine of up to $150,000. Moreover, there is a presumption of mandatory incarceration if you are found guilty even for a first time offender with no criminal record.

It is third degree aggravated assault if you cause or attempt to cause significant bodily injury to another, even if it was done recklessly. Moreover, as a rule of thumb it is normally automatically a third degree aggravated assault crime when a weapon is used with the purpose to hurt another person. For example, if you exhibit or point a firearm at another, cause bodily injury to another with a “deadly weapon” or even use an imitation firearm to intimidate a police officer. A conviction for a third degree felony carries 3 – 5 years in state prison, a fine of up to $15,000 and a permanent criminal record. 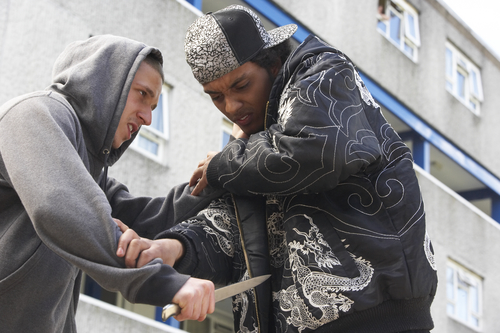 The law for aggravated assault in New Jersey is found under N.J.S.A. 2C:12-1(b). Instead of just copying and pasting the statute, we have compiled an easy to read list of the different ways you can be charged with a crime of aggravated assault. But if you want the exact legal wording of the statute you can also print out it below as well.

Aggravated assault is a serious charge that can most definitely permanently alter your life. The nature of theses offenses often causes them to be exaggerated or “over charged” initially which means that often times an experienced attorney can work with the County Prosecutors Office to have your charge substantially downgraded when circumstances allow. For this reason it is essential that you hire a criminal defense lawyer who knows the system and how to properly challenge and fight your charges. We represent clients charged with aggravated assault throughout Hudson County including Union City, Harrison, Kearny, Guttenberg, Hoboken, and West New York. To speak with us about what we can do for you, contact our office today, conveniently located in Jersey City by calling (201) 793-8018.